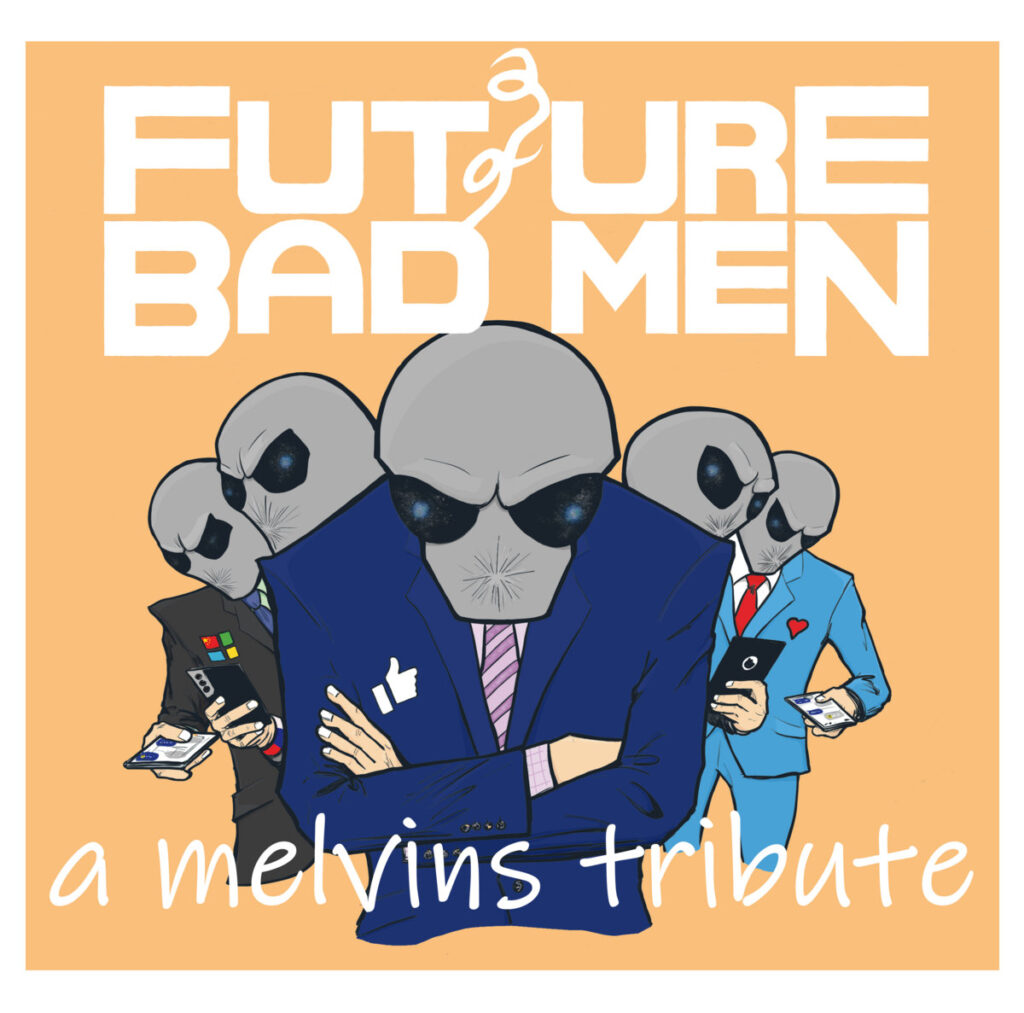 Canton, Ohio based noise rockers Night Goat stream Melvins cover »Antitoxidote« from the upcoming tribute album, »A Future Of Bad Men: A Melvins Tribute«, which will be released this Friday, October 7th, 2022 via Black Donut Records.

Noise rockers Night Goat have released their cover of Melvins »Antitoxidote«. The song is from the upcoming album »A Future Of Bad Men: A Melvins Tribute« which will release via Black Donut Records on October 7th.

Night Goat guitarist Chris Bentley comments “»Antitoxidote« is a caterwauling slab of ferocious noise. We decided to cover it because of that. We wanted to try and make it sound like a Night Goat song and make it as terrifying as we could.”

Kicking off with Grizzlor’s raucous reimagining of »Oven«, the album gets off to a high-powered start. All of the bands bring ferocious energy in their own styles, adapting and entwining their unique elements to fuse with Melvins’ original compositions. Night Goat unleashes a dark sound through »Antioxidote« giving it hell with wild thrashing instrumentation, while Doctor Monster delivers swinging blues-rock elements in their fierce cover of »Night Goat«. Sheer fuzz-fuelled chaos manifests in Olde’s track »Hooch« with epic guitars giving a thunderous impact. Trigger Cut unveil a dynamic approach emphasising the ebbs and flows of »Lizzy«, before Frack delves into the hard-hitting »Revolve«. Bovine Nightmares’ »The Bit« introduces a progressive edge. Soaring elements contrast the distorted heaviness in a wealth of instrumental and vocal textures. Followed by Work Party’s compelling performance of »Skin Horse«, it’s a thrilling and perhaps somewhat unexpected track to feature in the album’s penultimate position. Böndbreakr, last but by no means least, conclude »A Future Of Bad Men: A Melvins Tribute« with a fiery onslaught of riffs, guitar licks and a moody atmosphere. Black Donut Records, “a micro label for the odd, the heavy, the noisy” was launched in 2021 by Morey Straus to promote rising underground bands he had come across on social media and Bandcamp. The debut release on the label was »World Without End: A Tribute To Samhain«. Straus runs the label from his sofa on the weekends with shipping assistance from his two children. His day job pays the bills, so he is able to focus the label on passions, not margins. The fledgling label has since signed the Pennsylvania avant-metal act Bovine Nightmares for their 2023 debut album. In between those two releases, Black Donut is publishing another tribute compilation; this time a love letter to the godfathers of grunge, Melvins. Featuring an array of heavy bands spanning genres from noise rock to doom, each provides a unique take that will have Melvins’ fans falling in love with these classics all over again.

Format: This is a 250 copy, limited edition, vinyl-only release.