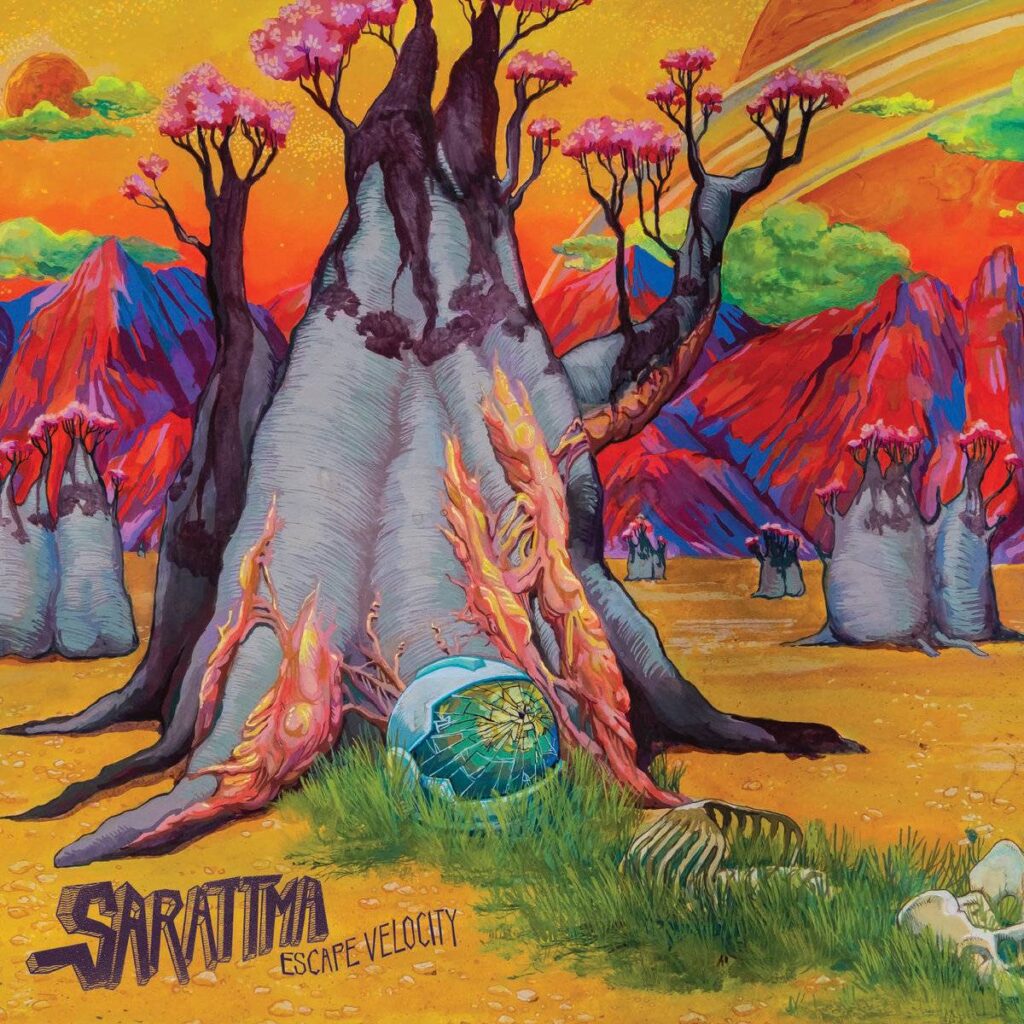 Dedicated to Jill Neidorf (1957-2020), »Escape Velocity« was recorded in July 2019 at Black Spine Studios in Philadelphia, Pennsylvania, mixed and engineered by Matt Hollenberg with additional mixing from Steve Roche, guitar re-amping engineered by Kevin Antreassian at Backroom Studios in Rockaway, New Jersey, and mastered by Colin Marston at The Thousand Caves in Queens, New York. The striking cover artwork was created by Caroline Harrison and the layout handled by Erich Kriebel. 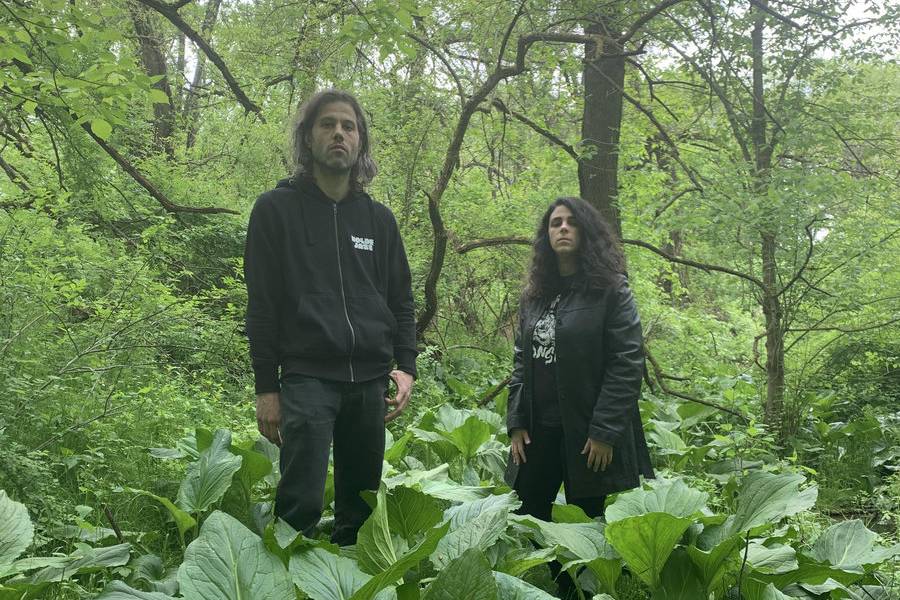 With »Sublingual Excavation«, Neidorf reveals, “As an instrumental band, language isn’t something we involve very heavily in our working process. It comes later or in brief spurts in the interims. Illness is something that really exists outside of language. It’s always struck me as absurd when a doctor asks me to rate my back pain on a scale from 1 to 10. Like there’s no way I can do that accurately; it always feels like a lie. The most extreme is the ineffable. Wouldn’t I be unconscious before reaching a ten? When my mother was in her final months of life with stage 4 ovarian cancer, there were times she could not remember the most basic words. Once she asked me to bring her ‘the clear thing’ when she wanted water. The clear thing, which was not clear, which was the most essential sustainer of life but whose name had been forgotten and rendered foreign to her existence which was one of sustenance on a severely compromised level. This song is about searching, exhuming, in the depths of expression and connection, where words fail us, where all systems of meaning lose their footing.”

With the song’s premiere, Treble writes, “…the group creates unpredictable yet technically dazzling feats of progressive metal. Today, they’ve shared »Sublingual Excavation«, an explosive yet brooding track that takes a number of unexpected avenues, from moments of sludgy, Mastodon-like crunch, King Crimson-style rhythmic complexity and even some jazz-fusion-like passages. It’s a wild ride, and one that’s a lot of fun to take for that matter.”

Stream Sarattma’s »Sublingual Excavation« first at Treble RIGHT HERE.
»Escape Velocity« will be released digitally and on LP in a run of 250 copies on Black vinyl on August 12th. Pre-order/pre-save options are posted at the Nefarious Industries shop where »Sciatic Haze« is streaming HERE.

Watch for additional audio previews, videos, and more to be issued over the weeks ahead.