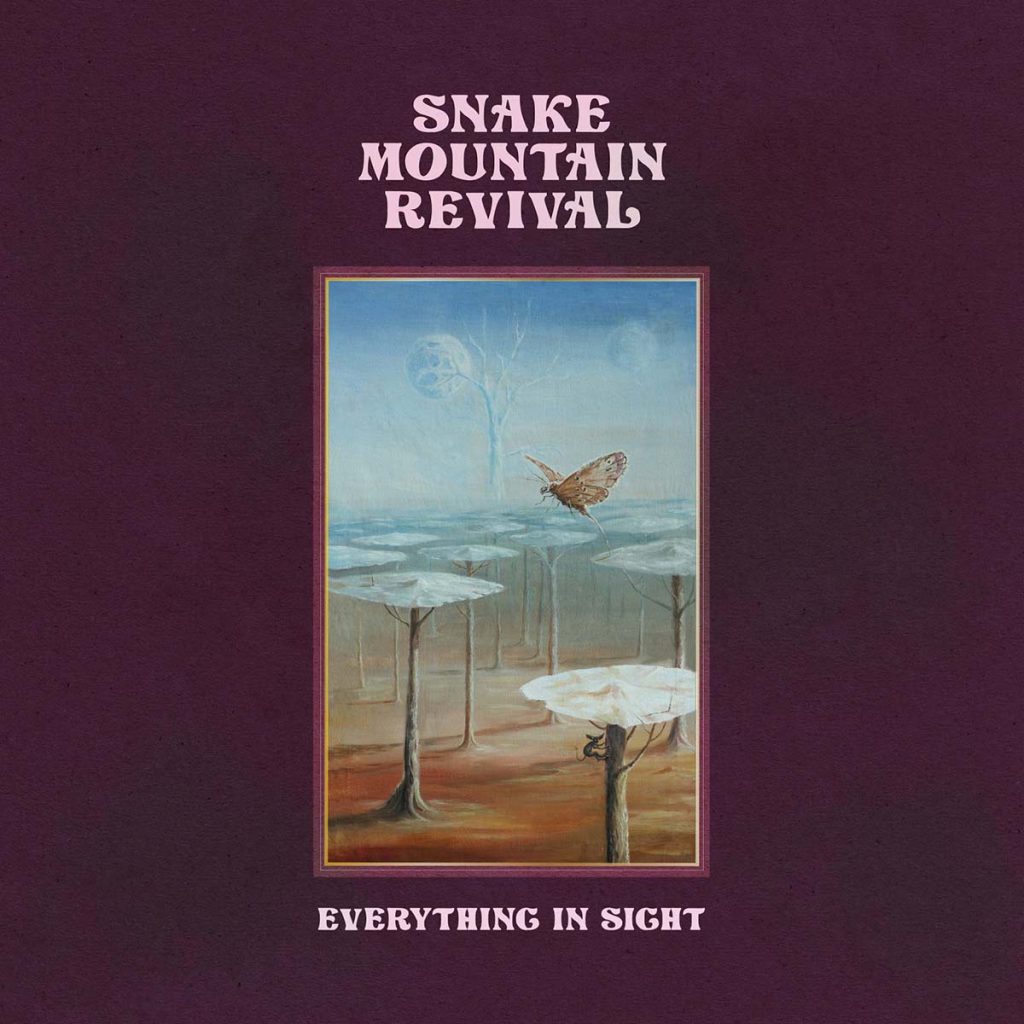 Virginia Beach psych rockers Snake Mountain Revival announce their debut album, »Everything In Sight«, which will be released on November 19th, 2021 via Rebel Waves Records.

Listen to the first single and opening track »Satellite Ritual« below:

East Coast-based psychedelic rockers Snake Mountain Revival announce the release of their new album »Everything In Sight« this November 19th, with preorder available now on Rebel Waves Records. Dig the boogie power of their debut single »Satellite Ritual« exclusively on The Obelisk!

“Grim garage echo, instrumentalist surf safari, guitar winding, drums no less distorted than the vocal howls where and when. You can set your watch to its acid boogie, but it’s in its own time zone.” — The Obelisk

Snake Mountain Revival always say they don’t hide from their influences. Instead, they embellish them in a playful way to come up with their own vibrant take on psychedelia. Combining crunching riffs with melody-driven songwriting, their new album »Everything In Sight« leverages heavy, psych, surf rock with a dark edge, inspired by waking dreams, daily observations and plenty of psychedelic experimentation. Initially thought out as a story-long concept album, the trio decided to break away from any constricting form of structure and let their creativity flow freely to suit their whims and fancies when recording »Everything In Sight«. Each song is a snapshot, a vision, showcasing strong storytelling abilities from vocalist and lyricist Ryan Chandler, who then saw himself as “a sort of existential voyeur, an inter-dimensional tourist”.

Chandler recalls what inspired the song »Satellite Ritual«:
“A lot of psychedelic experimentation were had at the time. It was a great tool for inspiration but was also a swinging door into the house of madness. »Satellite Ritual« was inspired by such madness. A day/night that I spent watching bombs explode under plummeting helicopters on the side of the Blue Ridge Mountains. A day/night that I forgot myself completely and spoke to my maker in morse code through the expanding and condensing of my chest. A life-altering experience with dear friends that felt like years gone by, compressed into a song under 8 minutes.” 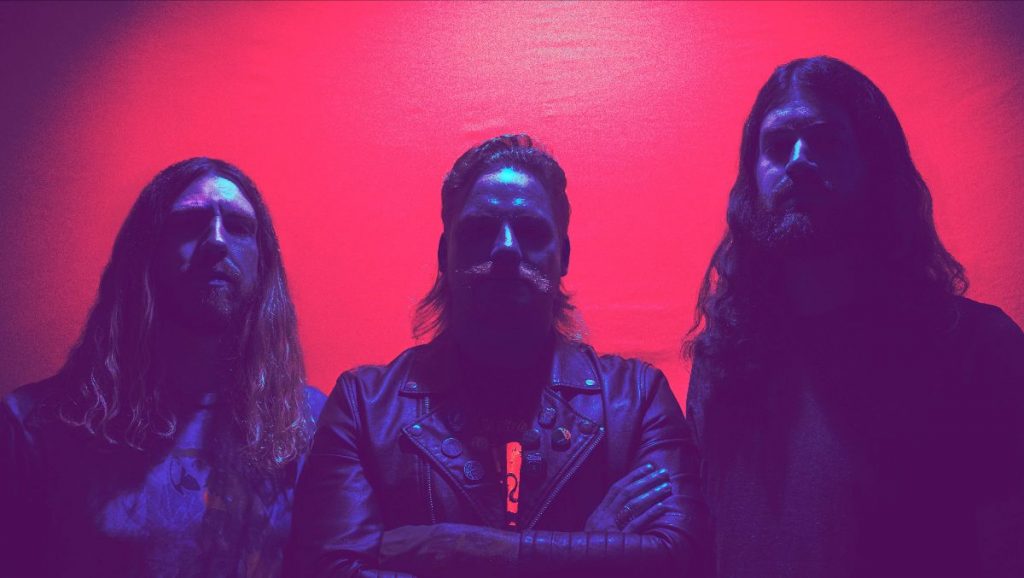 »Everything In Sight« was recorded and engineered by Danny Zawacki and Zack Trowbridge (also producer). It was mixed by Snake Mountain Revival and mastered by Keith Hernandez at Suite 2e Studios, Austin TX. The artwork was designed by Stanislov Pobytov. It will be issued on November 19th, 2021 on limited edition and black vinyl, CD and digital through Rebel Waves Records.

Formed in coastal Virginia in the Summer of 2017, Snake Mountain Revival gained traction through their first few gigs, by performing completely improvised sets complete with liquid light shows. The three members met in their hometown of Virginia Beach after years of pursuing different styles of music in different parts of the country. Drummer Josh Woodhouse cut his teeth playing death metal and progressive music in Florida, while bassist and vocalist Ryan Chandler was exploring experimental and psychedelic sounds. Guitarist Zack Trowbridge rounded out the trio with his background in blues, jazz and surf rock. Their 2018 self-titled demo EP gained praise in the blogosphere both in the USA and overseas. With a polarizing live show and crossover sound, they’ve been afforded the opportunity to share the stage with diverse bands such as Acid Dad, Freedom Hawk, Sammi Lanzetta, and Frankie & the Witch Fingers.