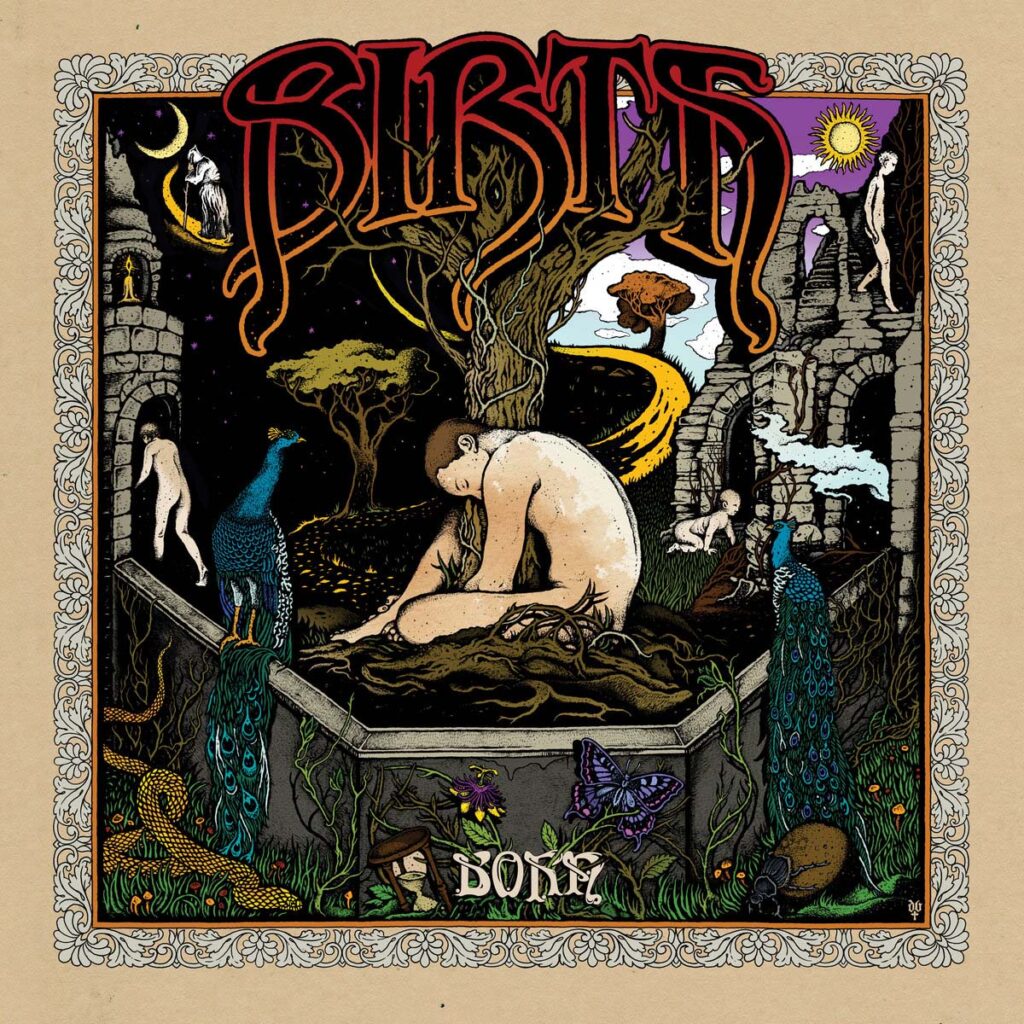 “Life and death appeared to me ideal bounds, which I should first break through, and pour a torrent of light into our dark world.”

So wrote Mary Shelley in »Frankenstein«, arguably the first science fiction tale. A full 204 years later, the quest remains – how best to elucidate our daily lives with some form of inspiration that moves the spirit beyond its earthly shackles?

This is the current realm of Birth, San Diego’s most transcendental new band and purveyors of a form of vibrant and electrifying progressive rock that moves beyond time and space itself. In »Born« their debut for Bad Omen Records, the listener is invited on a magic-eye journey through a Castenadean realm in which colours and sounds warp into kaleidoscopic dimensions. Yet far from the trappings of retro chic and fashion-aligned classicism, these five celestial serenades stake their claim in a different headspace to most other exponents of the form. Certainly it’s true that many of the audial shapes manifesting themselves here – the exploratory jazz-rock diversions, Mellotron and Hammond-abetted textures and the rich melancholia of the song-writing – may recall moments from progressive rock’s past, and the listener may be forgiven for losing themselves in a gatefold-sleeved reverie. Nonetheless, this is a band which was thrown into life via the constrictions and temporal shifts of a global pandemic, as well as one which has largely set about chronicling a reality in which the surrounding world appears to be hurrying its own demise.

Birth evolved from Astra, whose two albums for Rise Above Records – 2009’s »The Weirding« and 2012’s »The Black Chord« – had already reinvented classic sonic textures and mind-melds in lucid and intoxicating style. Conor Riley and Brian Ellis nonetheless found themselves seeking out new life and new civilisations. Initially this led to a collaboration with Psicomagia’s Trevor Mast and Paul Marrone, although later Marrone (while he does play on »Born«) was replaced by Thomas DiBenedetto (of Sacri Monte, Joy and Monarch) as sparks began to fly in earnest. 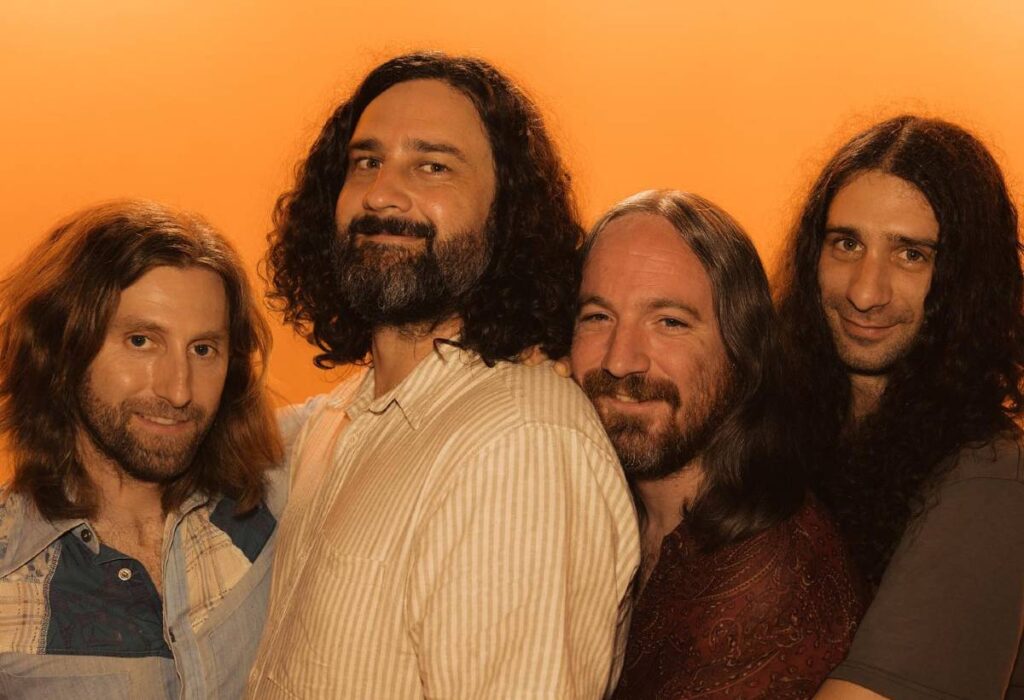 The result has been a debut which combines a questing spirit with a dystopian take on the here and now. Musically, whilst traces can be discerned of the dark and magisterial King Crimson of »Red« herein, as well as the yearning cadences of early Yes and the delirious contortions of Van Der Graaf Generator, a whole host of influences made their presence felt in these mournful cadences, joyful solo passages and kinetic freakouts, from ’70s mainstays like Aphrodites Child, Premiata Formeria Marconi and Area to the primitive folk of Robbie Basho and the symphonic soundtrack work of Osanna.

Meanwhile, Reilly sums up the themes of songs like »Descending Us« and »The Long Way Down« as “the deterioration of society, transformation, mortality and other fun and positive things”, having found artistic solace in post-apocalyptic books like Cormac McCarthy’s »The Road« and Octavia Butler’s »Parable Of The Sower« in sculpting a science-fiction-inspired soundworld in which bleak tumult and skybound rapture could co-exist. “I’m a scientist by trade and I read a lot of dystopian sci-fi, which I believe is relevant to many of the events that have been occurring lately” notes Conor. “These views feed a dark, spiritual and mystical relationship that I have with scientific thought.”

More often that not however, on moments like the heartfelt meditation on impermanence that is »For Yesterday«, as well as »Another Time« which covers a desire to dissociate and escape reality, a fundamental thread running through these songs is a struggle to make sense of and illuminate the trials and travails of the everyday. Whatever the fractious relationship between science and nature, alchemical forces have done their considerable work with »Born«, in creating an uplifting album for the ages, 42 minutes in which past, present and future are blurred; an album haunted by earthly concerns even whilst its sonics aim for the stars.

Drums on the album performed by Paul Marrone.