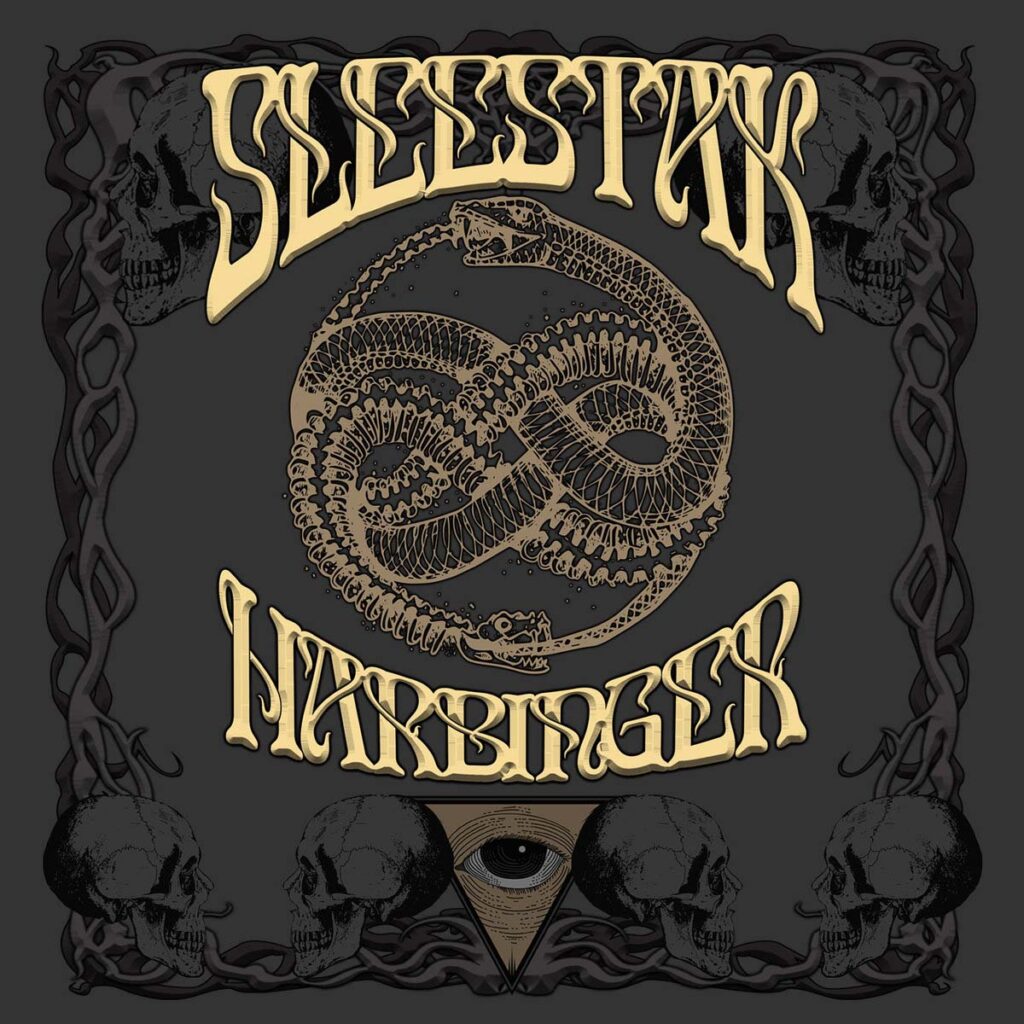 Get your copy here: sleestak.bandcamp.com/album/harbinger

All songs written by Sleestak, except »My Wild Love«, originally by The Doors.
Recorded at House Of The Rising Sun Studio, Hartford, WI.
Mixed and mastered by Matt Schmitz.
Drums recorded at Silver City Studios, Milwaukee, WI
And mixed by Josh Evert and Matt Schmitz.

Formed in the latter part of 2003, Sleestak started as a heavy rock band intent on delivering riffs in the vein of Clutch, Black Sabbath, and C.O.C. From the early days in the basement, with the many hours of open, free-for-all jamming, the band slowly gained their own identity and expanded their cumulative influences above and beyond the hard rock heroes they set out to emulate. More extreme and underground groups such as Isis, Sleep, Electric Wizard, Yob, Neurosis, and Esoteric were finding their way into the speakers and headphones of the band. Also, at once having an appreciation for that slower, sludge-filled pit that is doom metal, the band were drawn into the hypnotic voids of psychedelia created by the likes of Pink Floyd, The Doors, Dead Meadow, and Hawkwind. These elements have earned them the opportunity to share the stage and perform with the likes of Yob, Acid King, Black Cobra, Clutch, Totimoshi, High On Fire, and many, many more.

While many genre labels have been lain upon Sleestak, the one that the band embraces the most is “progressive doom”. This seems fitting as the group continually strives to push their creative limits, be forward in thinking, and ignoring current trends even within their own chosen genre. This became evident with the 2011 release of The »Fall Of Altrusia«. An epic concept album, Sleestak here were found to embrace and combine all aspects of their beloved influences and became a turning point for the band, now gaining praise and critical acclaim, letting them be seen and heard amidst the smoke-choked sea of their peers. 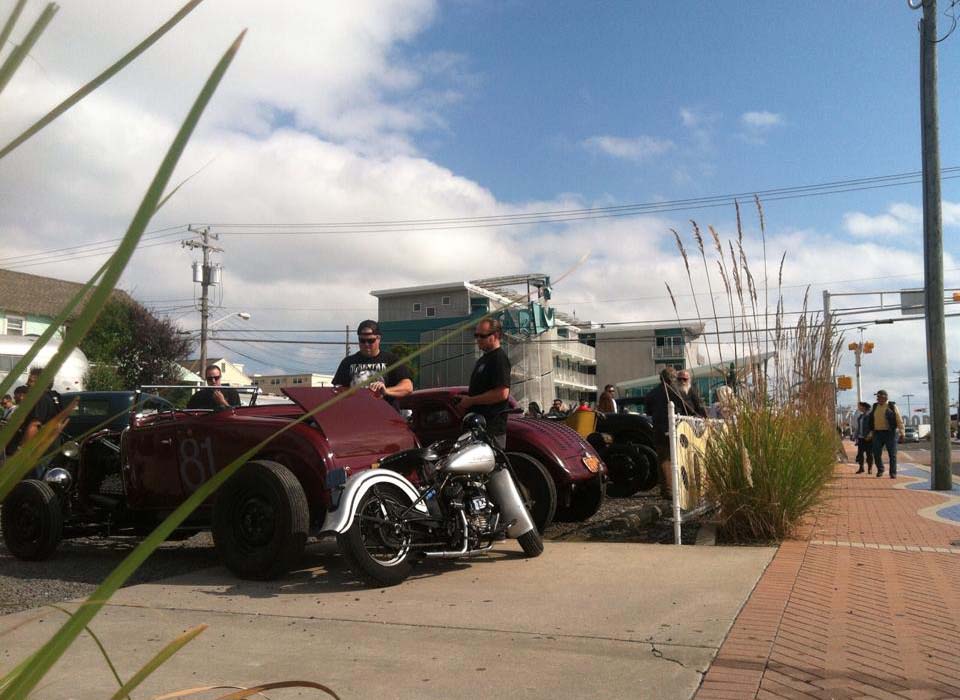 In 2013, the band released their next studio album entitled »Book Of Hours«, which focused on songwriting, clean vocal stylings, and had a darker, more Sabbath-esque tone. After a number of years, much soul searching, and many hours of basement jamming, Sleestak started to intermittently record songs without any intention of releasing a proper album. However, in 2020, it appeared that the band had acquired enough cohesive material to release »Aeon« (the band’s fourth studio album). The songs on »Aeon« ventured into previously unexplored territory, which showcased the group diving into heavier atmospheric sounds and synthesizer elements, and even included an extended version of Pink Floyd’s »Set The Controls For The Heart Of The Sun« as the climactic closer of the album.

Shortly after »Aeon«’s release, Sleestak began writing material for a follow-up album which would be entitled »Harbinger« and released in Summer of 2022. The songs on »Harbinger« highlight the band’s evolution, maturation, and ultimate love for experimentation and genre-hopping.While there are a few Sabbathy arrangements thrown in for good measure, the attentive listener will be rewarded with doomy folk, ethereal psychedelic synth passages, soul-crushing guitar riffs, along with some of the most emotional material Sleestak have written to date.

What the future brings is still a psychedelic vision shrouded in mist, unclear in its scope or purpose, but the path has been found and the journey has begun…