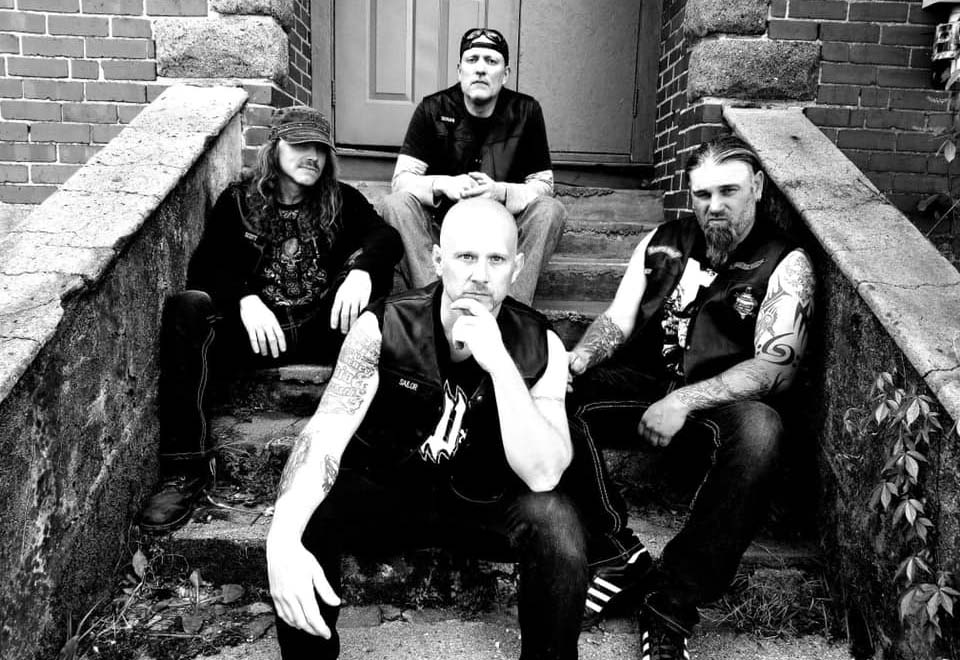 The band comments: “That band, cast and crew put in a lot of hard work into the recording and filming of our official video for »Closing Time«. »Closing Time« is a fan favorite and and definitely one of ours. The band partnered with a Boom City Studios, actor Karl Licht and the County Line Swinging Doors staff out of Lebanon Jct, KY to bring the vibe in the song into what we believe is our best video to date. Thank you to the SWP family and all those who helped make this become an reality. We love and appreciate everyone of you.”

Kentucky/Indiana southern metal outfit SxWxP (Saint x Whiskey x Prophecies) is rough and ready with song »Closing Time«,” a single off their 2020 debut album »Trans Am Jams«. The single will be released on December 2nd along with a video featuring performance footage mixed in with a comically ironic storyline against a backdrop of Harley-loving fans, the song itself will have heads banging and the video will make a lasting impression.

LOAD UP THE TRUCK AND REV THE ENGINES – IT’S TIME FOR SOMETHING LOW DOWN AND DIRTY. THAT SWEET SPOT BETWEEN HARD ROCK AND HEAVY METAL IS NEATLY FILLED BY KENTUCKY/INDIANA-BASED SXWXP!

SxWxP is lead by vocalist/guitarist Dave “Sailor” Bryant, a Louisville metal/hardcore veteran who is well known for his time with Century Media recording artist My Own Victim. Scott Smith provides the most profound lead guitar work seen in years, channeling the likes of Dimebag Darrell and Zakk Wylde. Freddy “The Hitman” Griesbaum’s bass groves and Jason Proctor’s drumming provide the undeniable soul of SxWxP.

Their debut album »Trans Am Jams« packs a whiskey-soaked punch over seven instantly memorable tracks. Together, SxWxP has created a formidable hard rock/metal sound that is not to be taken lightly. SxWxP is set to let the good times roll!