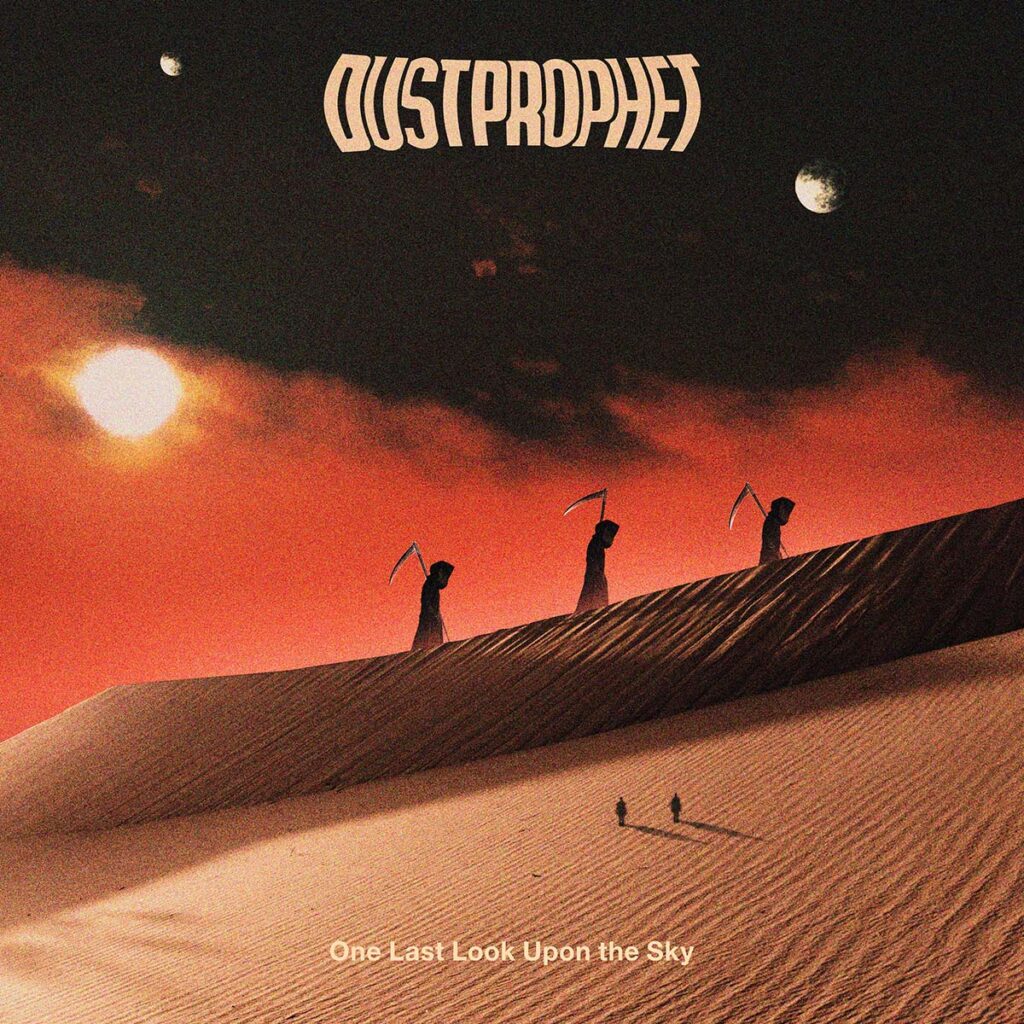 Manchester, New Hampshire based stoner rockers Dust Prophet release the new single »Put To The Question« taken from their upcoming album, »One Last Look Upon The Sky«, due out on January 27th, 2023.

Stoner metal band Dust Prophet have today released their song »Put To The Question«. The song is from their album »One Last Look Upon The Sky« which will be released on January 27, 2023.

The band comments: “I wrote the lyrics about the Inquisition, and the means of torturing innocent people in order to extract confessions from these poor souls who were targeted. All in the name of “God”. Being “put to the question” was a term used for forcing an individual to answer for whatever false charges they were being accused of. Part of the lyrics are from the standpoint of the accuser, and the other part of the lyrics are front he perspective of the victim, who is fighting back. The lines “Come dance with me…” are the victim pushing back and challenging the accuser. Come join me in this pain, in this suffering. I’m taking you with me.

Musically it starts with two riffs composed by Sarah (Wappler, bass) which gave us a jumping off point for how the song would flow. We asked Bob Dwyer to play lead guitar on this song. He previously played lead guitar on »The High Capital« and we loved how it came out. His playing style is a perfect compliment to any of our songs that have bluesy and/or grunge-esq type riffs and we really wanted to him to play on another song. After some scheduling challenges we were finally able to get him back in the studio and get his parts recorded.” 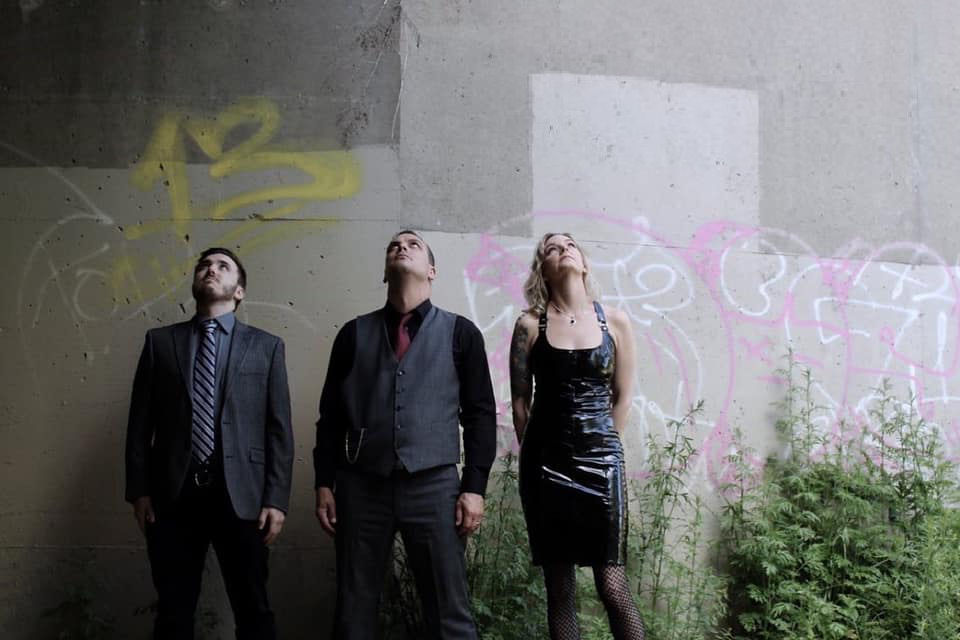 The Manchester, New Hampshire based outfit was born in 2018. Musically inspired by the likes of Black Sabbath, Kyuss, Electric Wizard, Tool and Clutch, they draw lyrically from classic literary works including the epic poem »Paradise Lost«, Gothic writers Flannery O’Connor, Ray Russell, and apocalyptic Biblical legends. Immersing in an eerie atmosphere, »A Storm Of Time – Space Part 1« begins the album with a foreboding tone. Apocalyptic moods run through the exploration of humanity’s successes and failings across Dust Prophet’s music. Deliciously distorted guitar tones power through »The Axe Falls«, and powerful vocals allude to the oncoming darkness. Sonorous bass notes resonate, bringing an immense sense of power to »Song 4«. Synthesizers and keys weave eerie elements among the heavy instruments and enhance the overall sound. Contrasting the delicate and the hard-hitting, »The High Capital« brings a striking opposition of styles to emphasize the theme of the track. »Bury Me Before Noon« unleashes a bewitching conclusion to »One Last Look Upon The Sky«. From haunting chants and demonic growls, to folk instrumentation and an unceasing gloom, it’s an enchanting experience.

Dust Prophet are taking the stoner and doom scene by storm. Heavy rhythms, dynamic atmospheric composition and powerful execution give »One Last Look Upon The Sky« an epic edge that is sure to appeal to fans across the genre – assuming the world doesn’t end first.