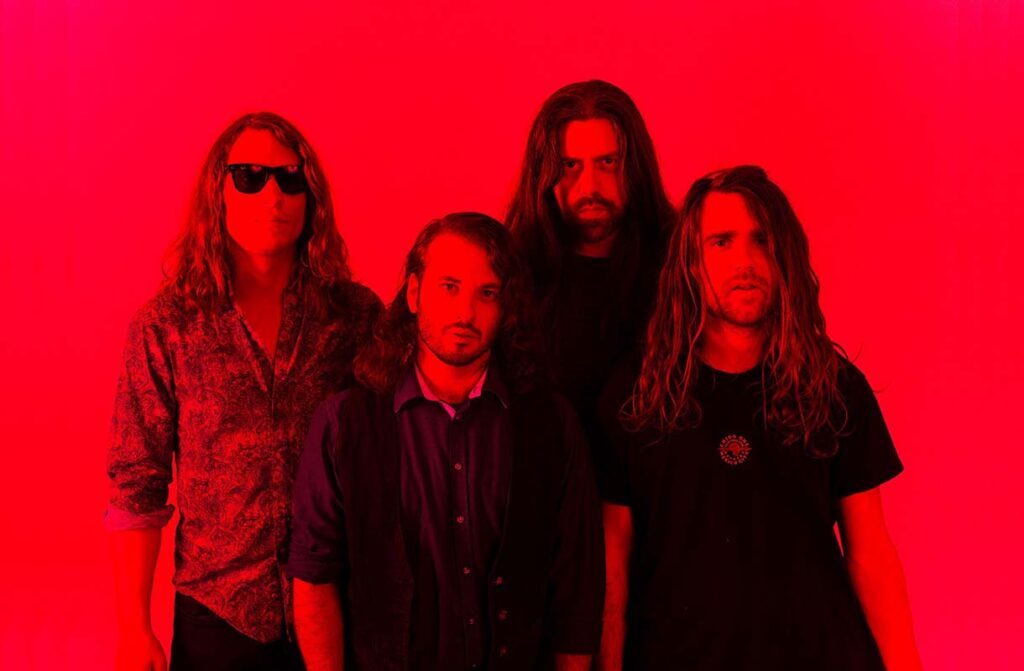 Both tracks are taken from the band’s debut album, »Volume I«, out now in digital format and on CD via Careless Records.

Sons Of Arrakis unveils its brand new music video this Thursday, August 25th. This live session music video has been recorded and shot at Louis-Jean Cormier’s Studio Dandurand in Montreal on April 9th, 2022. The video highlights two singles, »Omniscient Messiah« and »Lonesome Preacher«, that appear on the formation’s debut album, »Volume I«, released on July 15th.

The video has been produced and realized by Louis Lhomel, mostly known for his implication at The Rise, a collective of bikers (BMX and Mountain bikes). Furthermore, Samuel Gemme (Pierre Lapointe, Chose Sauvage, Corridor, UUBBUURRUU) has been implied in the recording process, Francis Duchesne (Les Deuxluxes) mixed and mastered the soundtrack.

This new project is the first live performance since the pandemic for Sons Of Arrakis and represent an important part of their journey back to life. It’s also the first recording for the formation’s new drumer, Mathieu Racine. After two years of hard work on the recording process of the first opus, the album release and the launch of this music video announces a comeback for the quartet.

Sons Of Arrakis in collaboration Ygor Silva from Macabro Studio recently also presented a lyric video for the song »Lonesome Preacher« that appears on »Volume I«.

Ygor animates artworks issued from the album cover and extra artworks designed by Alexandre Goulet (Goulet Design) that represent “The Preacher” and his accomplice, when Muad’dib left in forfeiture in the deep desert 🏜.