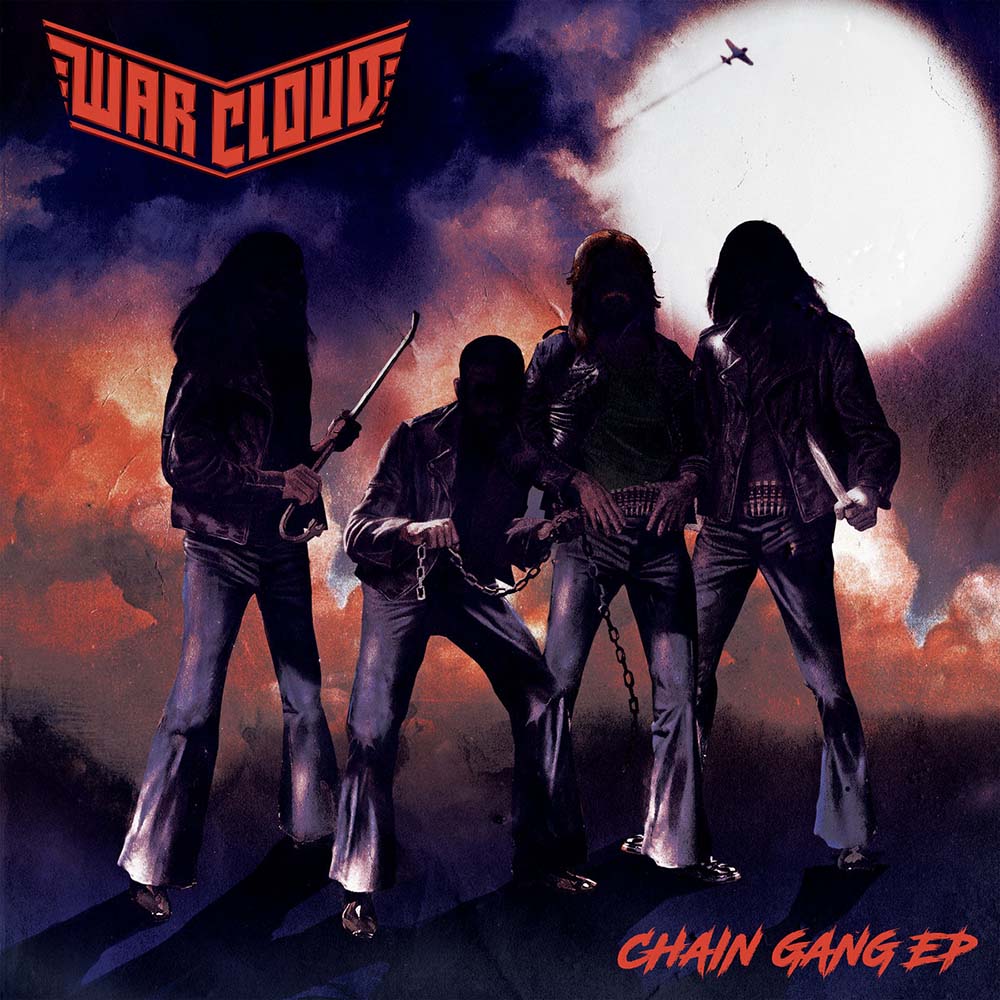 Quickly becoming one of Ripple’s most prolific bands, War Cloud returns with the two-song »Chain Gang« EP. The title track was written in Vigone, Italy during a few days off after their last European tour while staying at a recording/rehearsal space called Positive Music. The first song written as a band with the current lineup, it shows the dirty, raw and heavy beast they’ve become and is a sneak peak of what’s to come. The second song is a cover of a track by 80’s metal legends, Rock Goddess. Recorded last summer in an old empty house in the woods outside of Portland, Oregon by Thee Slayer Hippy, Steve Hanford, and mixed/mastered by Nocturnal Media in Louisville, Kentucky, this burst of metal features guest vocals by Janiece Gonzalez of San Francisco’s Wild Eyes.