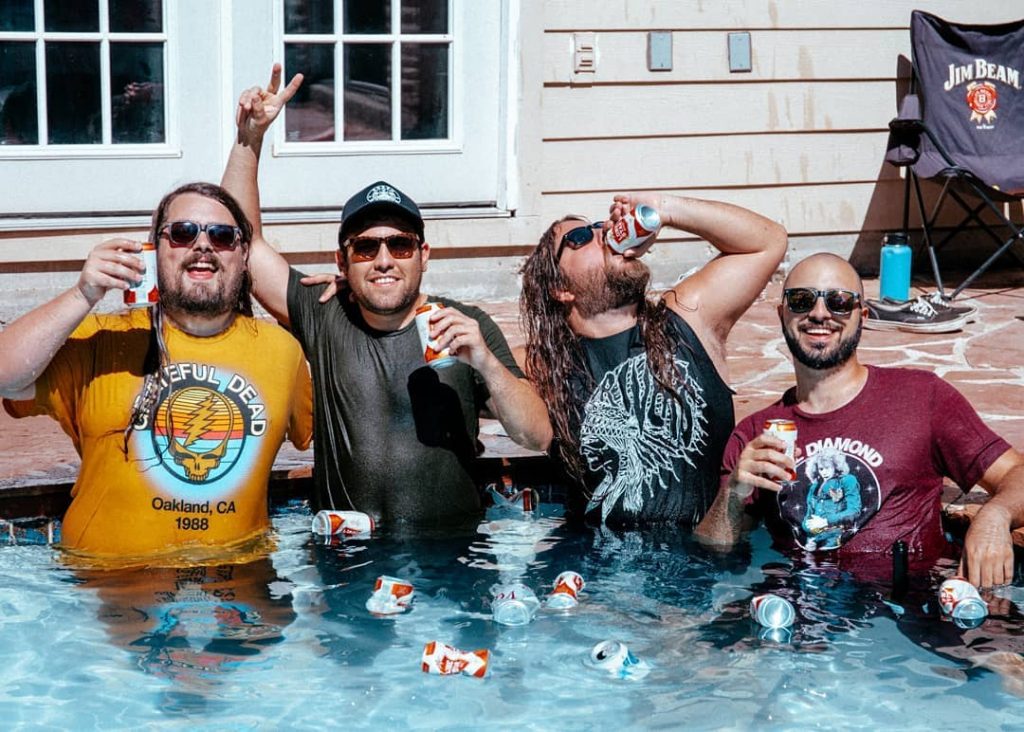 Says the band: “We are excited and honored to be a part of the Heavy Psych Sounds family. We couldn’t think of a better place that represents who we are. A special thanks to Gabe Fiori for giving us the opportunity to expand our music worldwide. We can’t wait to see where this road takes us!”

Warlung is a Texas rock band formed by longtime friends and brothers in 2016. Inspired by the sounds of old, they wrote heavy, catchy songs with a psychedelic twist.

By February 2017, they recorded their debut album, »Sleepwalker«, which was self-released the following fall. Playing festivals such as End Hip End It Fest and opening for acts like Wo Fat and Dead Meadow, they quickly gained a cult following around Texas.

“They raise the bar for some metal bands, and definitely anyone who’s making their blend of metal and psych. The band seems to accept that they don’t have to stick to traditional themes and goes for more epic storytelling, helping to further expand their sound.” – David Garrick (Houston Press)

Less than a year later, they entered the studio to record their second album, released in February 2019. »Immortal Portal« went on to hit #14 on Doom Charts and was included on Weedian’s first artist compilation. They continued to host various breweries and festivals like SXSW, and quickly became a fan favorite within the local rock community. Their audience grew as they opened for bands such as High Reeper, Forming The Void and King Buffalo.

In February 2020, they began production on their third album, »Optical Delusions«. They recently teamed up with Heavy Psych Sounds to release the new album in October 2020.