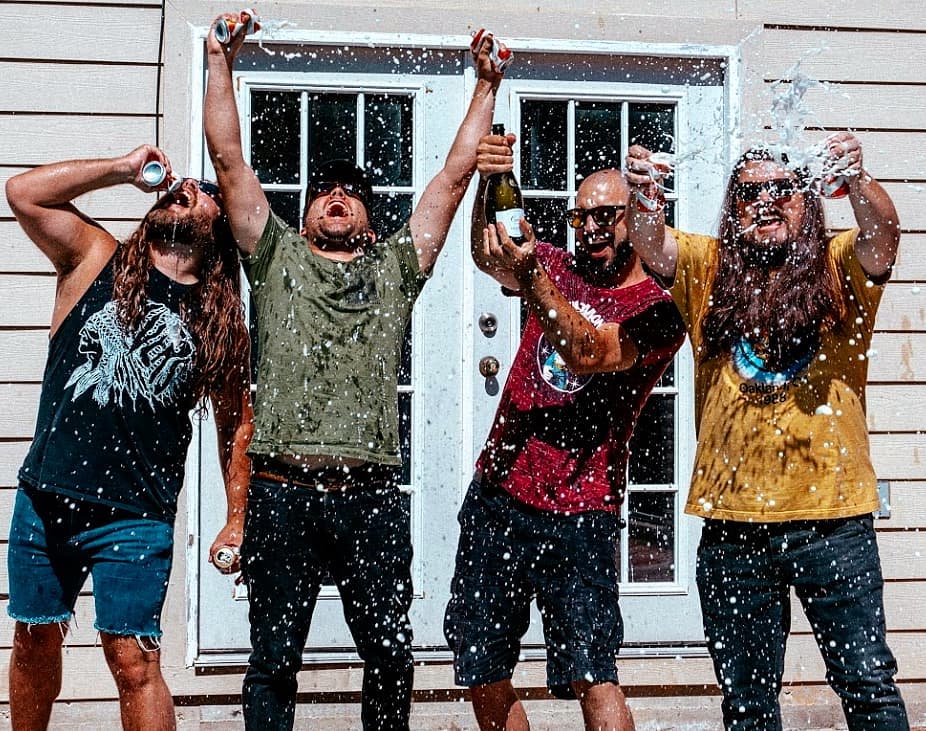 Houston, Texas based heavy psych rockers Warlung have unleashed a brand new music video for the track »Sun Eater« from their latest album, »Optical Delusions«, which came out in October 2020 via Heavy Psych Sounds. Video was filmed by Philip Bennett, visual effects by Malichi Cull at Palantir Visuals.

Says the band: “»Sun Eater« is about the ancient religion of Atenism. It is sung in the narrative of Pharaoh Akhenaten and describes his adoration of the solar disk…the Aten.
»Sun Eater« was filmed out in Big Bend National park in the Texas desert. George and Phil took a trek to camp out and clear the mind, while out their they decided to film the scenery and take shots of George singing the song. After editing the video we decided to collaborate with Palantir Visuals where they took the kaleidoscope effect to new levels.”

Founded in 2016, former members of Houston’s The Dead Revolt and Rivers joined forces to push the limits of song writing and creativity. Inspired by the sounds of old, Warlung has taken what the 70’s era of rock and psychedelia gave us and turned it into a hi-powered, white knuckled ride, down the rock n’ roll highway.