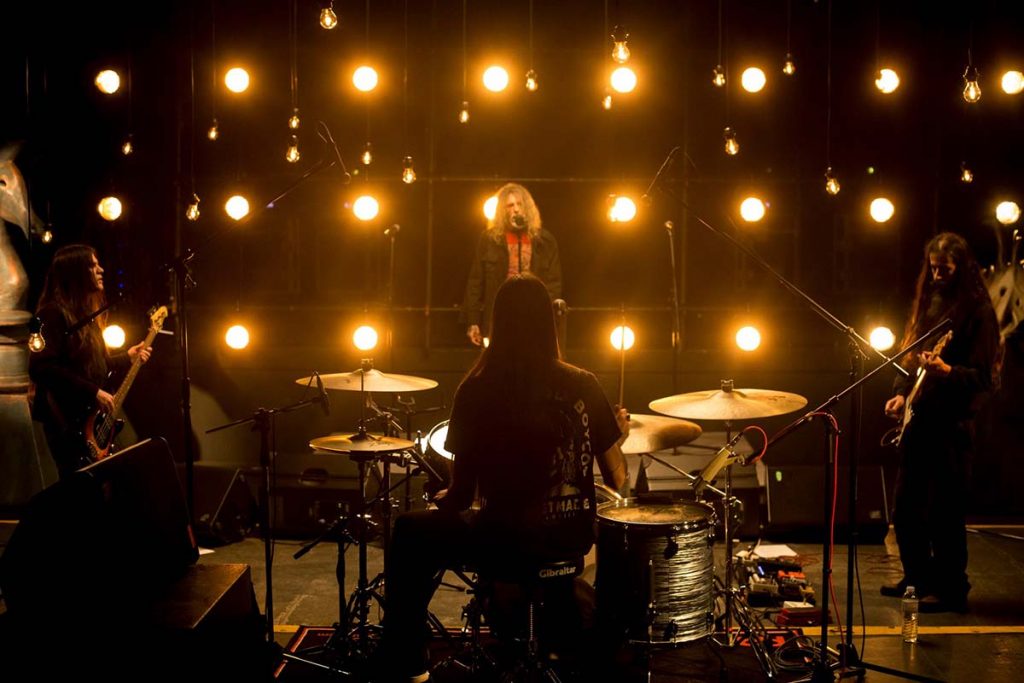 The Onassis Foundation presents the first concert of STAGES A/LIVE, a series of filmed live performances by bands and artists from the Greek alternative music scene, in support of the local indie concert venues.

Nightstalker’s history starts from the early 90’s, when they contributed to the revival of 70’s style rock, together with bands like Kyuss, Sleep and Monster Magnet and they have earned a reputation due to their pure rock ‘n’ roll attitude and their constant live activity, and been lauded with the highest praise and respect since their beginning (six full-length albums and two EP’s, co-operation with cult stoner rock US labels like Meteorcity and Small Stone, tours and festivals around Europe).

Heavy sound, groovy rhythms, intense bass playing. All together with a lot of catchy melodies and the power of Argy’s vocals are the secret of the music of Nightstalker. Raw rock ‘n roll simplicity, stunning riffs and electric haze are what have kept the band going for more than 20 years.

The whole concept was realized by the singer (and drummer at that time), Argy, who was the founding member of the band. Together with Andreas (ex-Rotting Christ), who joined in 1992, managed to combine their heavy rock influences with funky rhythms and grunge melodies. With all these elements they released the first EP called »Side Fx« in 1994. With the second, but first full length album »Use« (1996), the band established their rich songwriting, the heavy sound that has been their trademark to this day. After a ‘dark era’ with member changes but also an EP release (»The Ritual«, 2000), which was the deepest, darkest psychedelic album they have ever made, the band managed to gain recognition and a new strong fan-base with the release of the »Just A Burn« album. In 2009 the band released the »Superfreak« album through the US ‘historic’ label Meteorcity. Their next release »Dead Rock Commandos« (2012) came out through Small Stone Records and established the band’s name to bigger audience.

In October of 2016 Nightstalker released their 7th album with the title »As Above, So Below«, which was followed by »Great Hallucinations« in 2019, this time released through Italian label Heavy Psych Sounds.