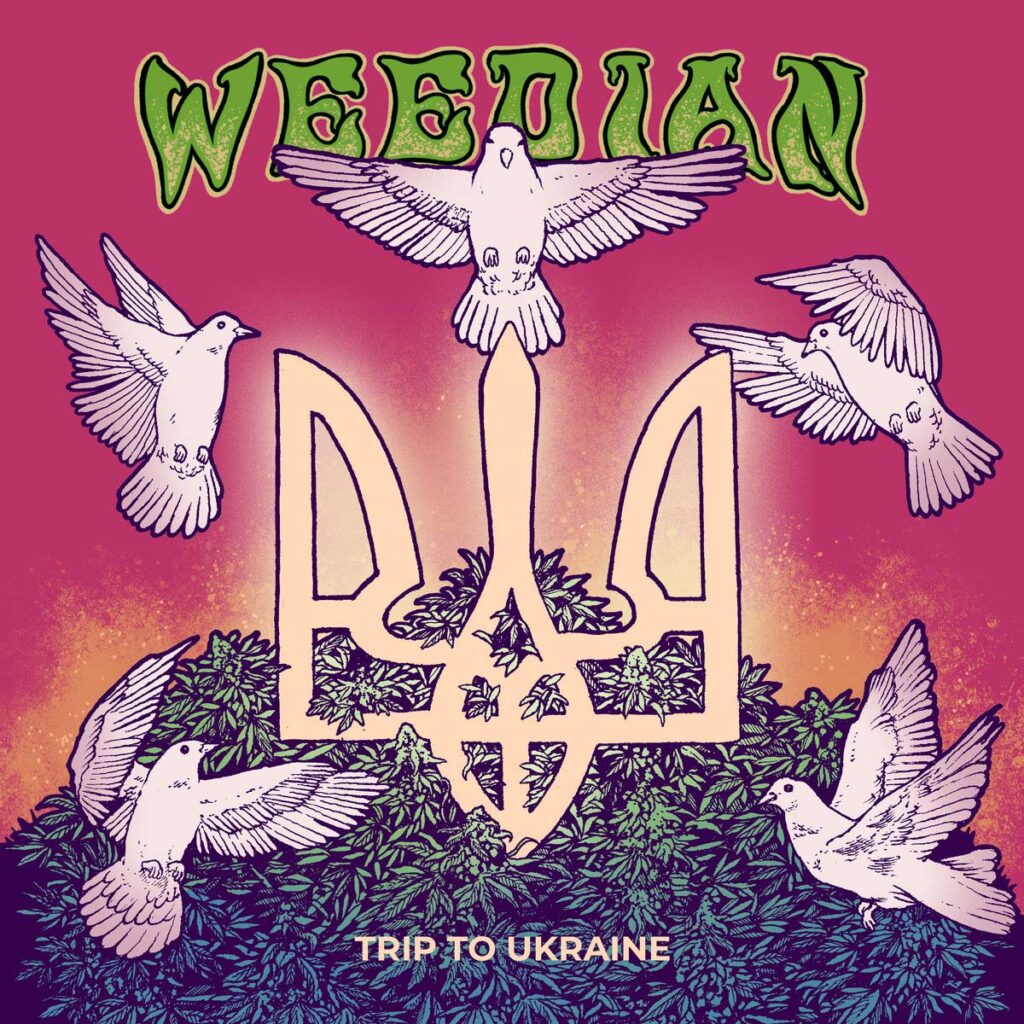 Weedian is back with a brand new compilation »Trip To Ukraine« which offers a preview into the Ukrainian doom, stoner and heavy psych scene with artists such as Stoned Jesus, Ethereal Riffian, Somali Yacht Club, Mist Tower, Shiva The Destructor, Nonsun, Sex Blender, Red Eyed Hyena, Dreadnought In The Pond and many more.

But there are also completely underground bands that play only for their listeners.

Many of the bands represented are released on the Robustfellow label and often perform at festivals such as Electric Meadow and Winter Mass or at underground clubs around the country.

There are also standout units like Stoned Jesus, which are collaborating with western labels. In recent years, due to Covid19, it is the underground scene that has become more active, collective concerts, mini-tours or local festivals are constantly held. The Ukrainian scene is characterized by experiments and going beyond the genre, the search for its own authenticity.

There is a war going on in Ukraine, so in this difficult time, we have put together an overview of the Ukrainian scene to share with you what has been happening in the psychedelic guitar music of Ukraine in recent years.

Some of the presented groups may never perform again due to various reasons, some left and will not return home soon, some fight at the front. One thing is clear that now is the right moment to capture the scene in the compilation, because after the war it most likely will not be the same.