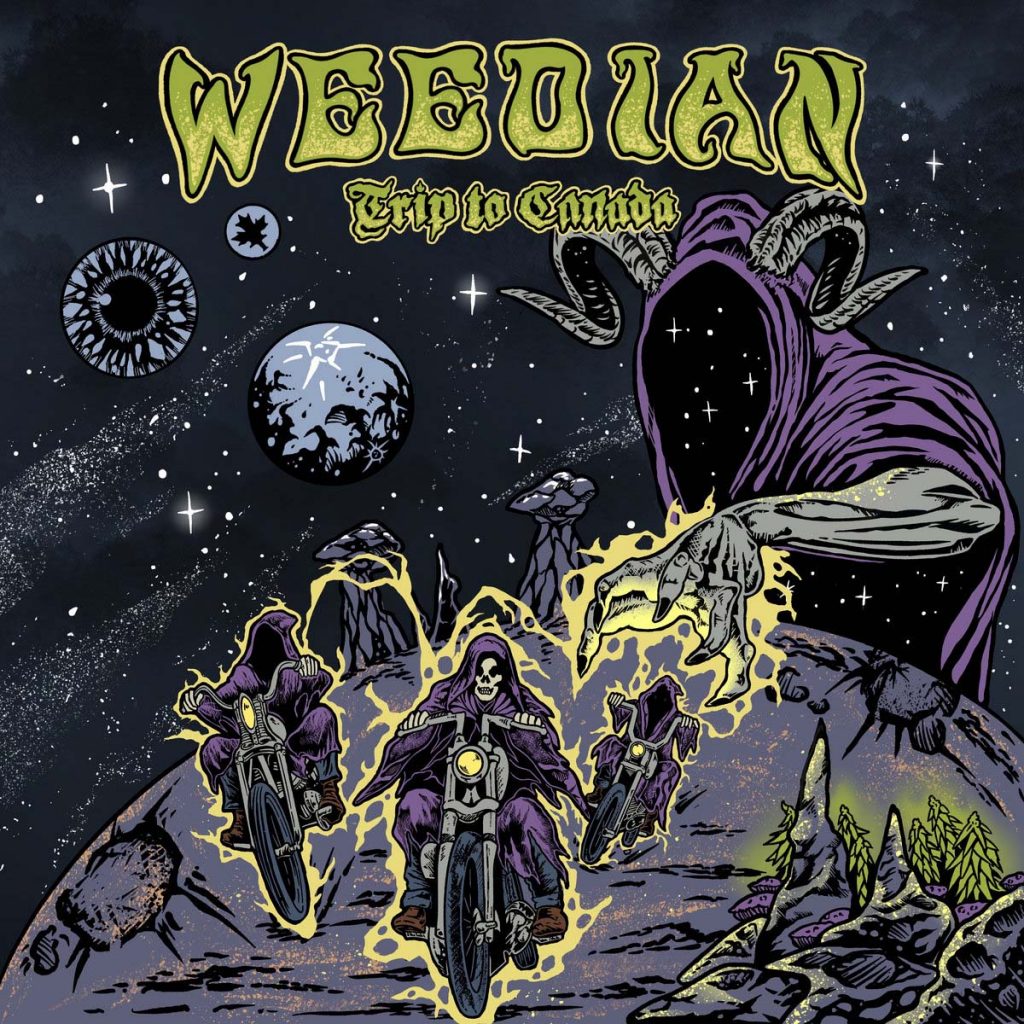 “Canadians take a certain amount of pride from the intensity and type of weather they are able to endure.

Winters in the Northern Territories are months of the sun hugging the horizon or never rising at all, with days sparsely lit by the glow of a low winter sun and nights illuminated by the Northern Lights.

In the Prairies, temperatures can reach just a low at the North, but the sun never stops shining, producing a frigid desert that dries and freezes exposed skin.

The Atlantic and Central provinces hug the Great Lakes and the Atlantic ocean and have a type of wet cold that gets into your bones so deeply, you aren’t sure that it will ever leave.

On the West Coast, you can experience the mildest winters in Canada, but this still means months of rain and overcast weather. The sun is a distant memory by the time Spring arrives.

The winter months force most people indoors, and bands are pushed even further down into basements and jam spots. Dark, cold spaces insulated with old mattresses, flannel blankets, and perpetually ineffective space heaters.

These are near perfect breeding grounds for heavy music. Thunderous percussion that moves at a hibernation-like pace. Dissonant chords akin to the howling of the snow and wind outside. Venomous vocals that don’t seem possible without some sort of lung infection. Riffs that stretch on forever and into tomorrow, but you still never want to stop.

Bison, Black Wizard, Dead Quiet, Drug Sauna, Dopethrone, Heavy Trip, Mendozza, and so many others have grown and flourished in these spaces. Spreading like mold in an ancient and long-forgotten tomb.

Canadian winters are cold. Here are some riffs to help keep you warm.” – Jamie Stilborn (Heron)