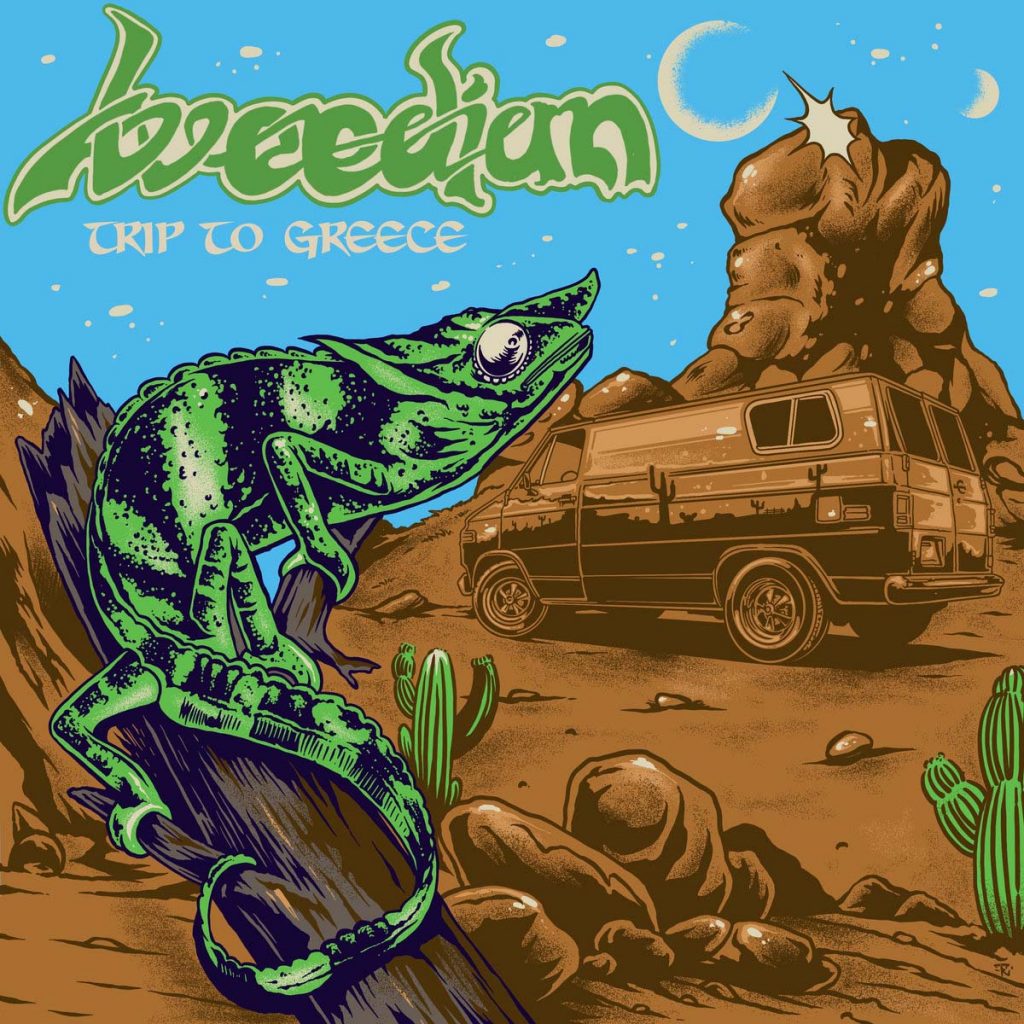 “The Greek heavy and hard rock scene has a much longer and busier history than most people would think. Legendary bands of the 1970s, such as Aphrodite’s Child and Socrates Drank the Conium are proof that psychedelia and rock have been flourishing in Greece for decades. Yet, when it comes to the genre that is nowadays identified as “stoner rock”, the band that is credited for having pioneered it in Greece is Nightstalker. They formed as a heavy rock band in 1989, at a time when the alternative rock scene of Greece was starting to make waves with bands like Honeydive, Deus-X-Machina, The Last Drive and Make Believe in Athens, and Ziggy Was in Thessaloniki, and when the world-renowned metal monsters of Rotting Christ and Septic Flesh were putting out their first albums. With influences that ranged from Black Sabbath and Monster Magnet, to the early dirty sound of the Seattle underground and even the groove of RHCP (just listen to »What Your Name Is« on their classic EP »Side FX« in 1994), Nightstalker were one of the first bands in Europe to record and perform music described today as “stoner rock”. Although the band rejects that label and prefer to call themselves a rock band, there is no doubt that they inspired many bands and laid the foundations of what is known today as the Greek Stoner Rock scene.

In the years that followed, and especially during the 00’s, a number of bands rose from the Greek underground, like Planet Of Zeus, 1000mods, Villagers Of Ioannina City (VIC), corroborated with independent labels like Lazy Dog Records, Spinalonga Records and The Lab Records (among many others), with underground live venues like An Club in Athens (once described as the Greek CBGB) and X-Club in Thessaloniki (nowadays Eightball Club). More recently, tens of new bands have come along, such as Naxatras, Puta Volcano and Deaf Radio, with distinctly new psychedelic, alternative, grungy and progressive rock sounds, incorporating influences all the way from the Palm Desert Scene to the golden 90s scene of Seattle, and even drawing on classic rock and metal. In the past few years, Greek bands have been touring in Europe, with some reaching as far as the USA and Australia. In 2019, a documentary directed by the Spanish director Miguel Angel Cano Santizo described the explosion of the underground music movement in Greece as a »Greek Rock Revolution« (with 8.2 on IMDb). At the moment, there are numerous bands in the broader stoner heavy rock genre throughout Greece, pushing their sound to new directions and bringing forward new amazing albums, every day, even as we speak.”