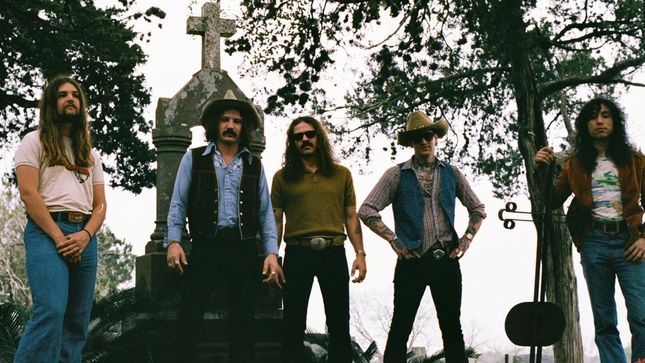 In the meantime, you can enjoy the first single »The Lantern« taken from the upcoming release.

Rise Above Records about the new signing: “Yes, the rumours are true. We are delighted, excited and honoured to be working with the outstanding psychedelic rock overlords from Austin TX, known as White Dog. Their effortless ability to carry forward the flame of timeless hard rock, which began over half a century ago, has literally blown us away. Their self-titled debut album will be released worldwide via Rise Above Records on September 25th. White Dog are soon to become your favourite new band!”