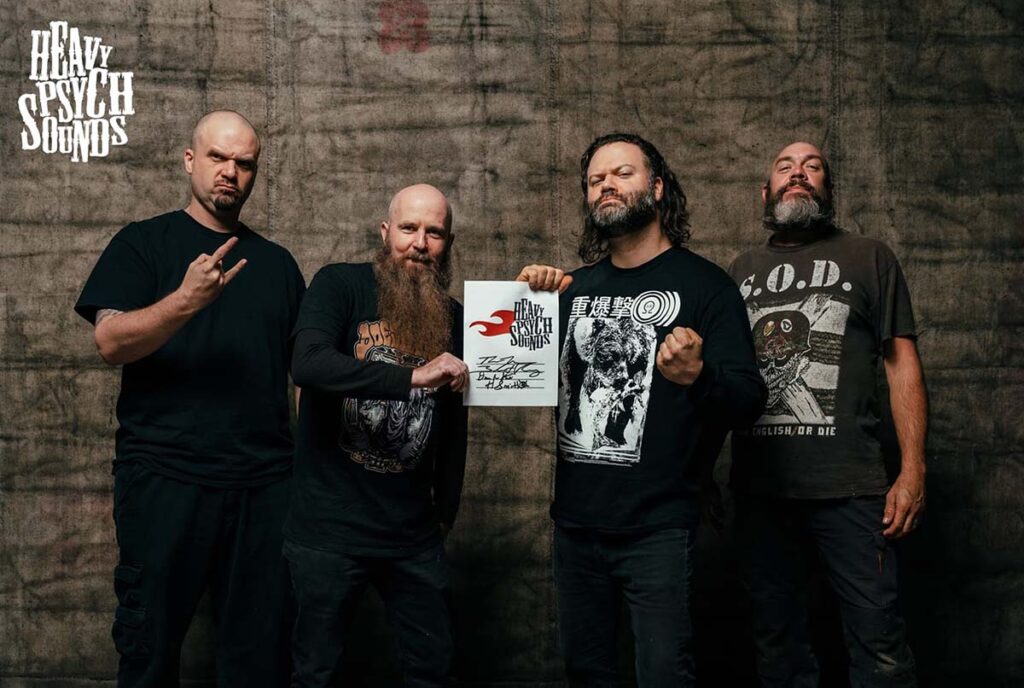 South Carolina four-piece sludge act Witchpit featuring current and former members of Your Chance To Die, The Sign Of The Southern Cross, Black Skies, Bay Of Pigs and Low To The Earth has signed a worldwide deal with Heavy Psych Sounds Records for the release their debut album.

Says the band: “Witchpit is honored to be working with such a prestigious label for our debut release. Signing a worldwide deal to our first choice has made all of the hard work, time and sacrifice worth it.”

We are so happy to announce that the sludge metal band from South Carolina Witchpit is now part of the Heavy Psych Sounds family.

Witchpit is a four piece sludge metal band from South Carolina whose unorthodox approach pushes the genre in exciting new directions. Their sound fuses the influence of high powered stoner rockers like High On Fire with the more moody and thoughtful work of Neurosis. With a heavy dose of tone worship and a passion for vintage gear, the band is able to conjure up classic tones that serve to bring the sound to an exciting new place.

Formed back in 2015 by Thomas White from The Sign Of The Southern Cross, Your Chance To Die and his long lasting relationships from around the South Carolina heavy music community, Witchpit quickly became a serious force in their scene. After recording their first single »Infernal« in 2018 the band started to make waves, releasing the track through Weedian. Over the next few years the band dropped another pair of singles and started to receive some meaningful press and support from around the community. The band Nile has been outspoken in their support of the band and Youtubers Riffs Beards & Gear and Does It Doom have both come out and expressed their love for this project. In the meantime they picked up endorsements from Emperor Cabinets and Black Harbor Strings.

Now, Witchpit are gearing up to release their debut LP, with the help of Heavy Psych Sounds. They’ve worked hard to build up their reputation and refine their sound into something special and emotionally powerful. They’ve got music videos shot and even more on the way. It’s hard not to be charmed by Witchpit’s classic rock infused sludge metal assault. It marks the next step for a unique band who can’t help but to impress. Will you join them in their mission to bring the heavy all across the globe?