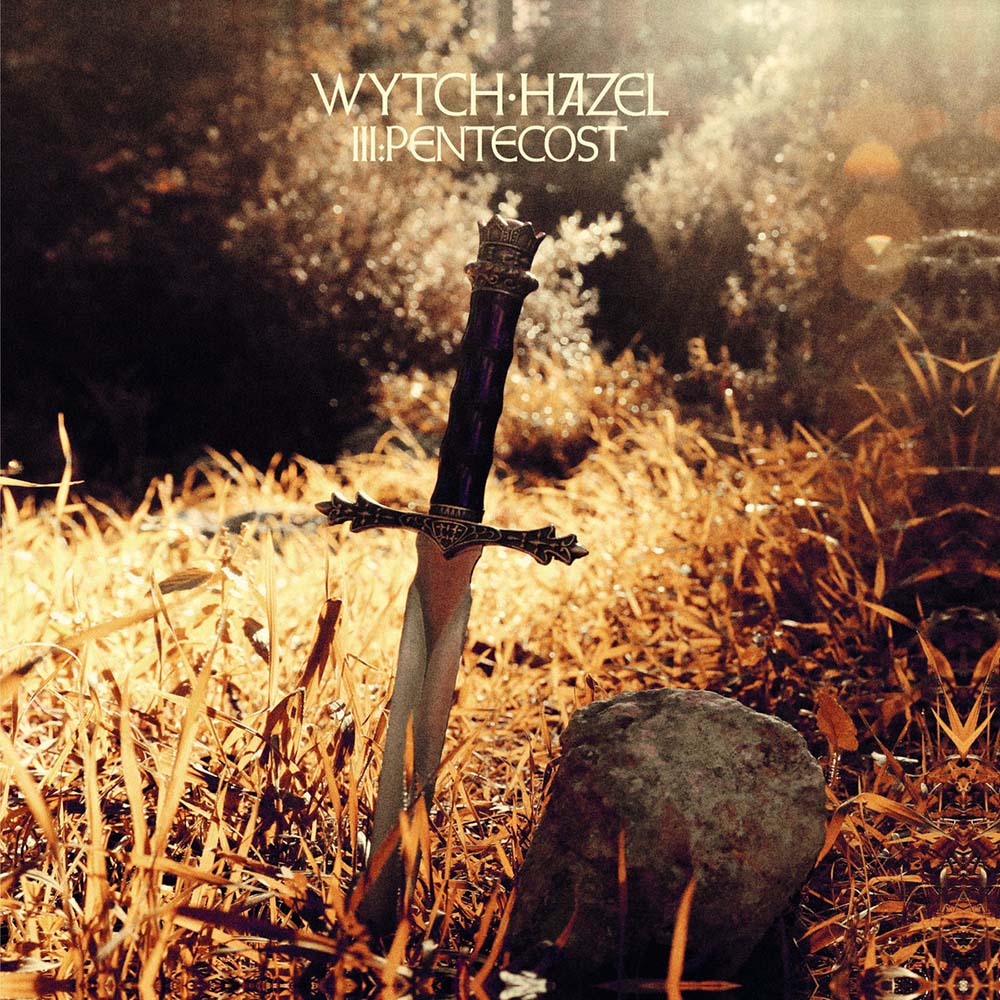 Recorded at The Stationhouse, Leeds.
Produced by Ed Turner.
Engineered and mixed by James Atkinson.

Cello on »I Am Redeemed«, »Sonata«, »Reap The Harvest« and »The Crown« by David Hendra.
Bible reading on »Ancient Of Days« by Deidre Trueman.
Drums on »The Crown« by Colin Hendra.

Artwork and layout by Branca Studio.

Over the past near-decade, Lancashire’s medieval metal phenomenon Wytch Hazel have been honing an uncommonly wholesome, rustic and devotional brand of timewarped hard rock that’s all their own, with 2016’s »Prelude« and 2018’s »II: Sojourn« summoning to mind fevered images of Robin Hood and his Merry Men grooving to Jethro Tull and Thin Lizzy. Yet within moments of pressing play on their third LP, »III: Pentecost«, the musty mystical minstrelsy takes a back seat in favour of a rich, sumptuous, anthemic late-night drivetime vibe, passionately embracing the most high-end smash-hit classic rock and metal circa its late 1970s heyday. Among many savvy touchstones, the album’s concerted hike in professional quality across production, songwriting and performance was inspired by one especially lofty exemplar of the form: “What I had in mind was a singalong album, the album full of hits, a little bit like Fleetwood Mac Rumours,” confesses the band’s founding singer/guitarist/songwriter Colin Hendra. “I’ve never believed in filler – there’s no point recording something unless it’s the best it can be – so it was just striving for as much excellence as possible.”

To that end, the album is only now emerging a year after it was recorded – at The Stationhouse in Leeds, by ex-Purson multi-instrumentalist Ed Turner in the producer’s chair (engineering and mixing duties were handled by James Atkinson) – with twelve months of painstaking fine-tuning reaping dividends in the smooth, weighty, diamond-hard sound and immersive layers (acoustic guitars, synthesised strings, haunting piano, rainfall samples, Bible readings, some especially rampant Hammond organ work on »I Am Redeemed«, and Colin’s dad even added a cello rendition of Chopin’s Funeral March). “I thought I put a lot into the second album, but this album has been an absolute obsession,” stresses the band leader. “Every aspect had to be as good as possible. We’ve gone back and forth, Ed was tinkering with it for months on end. There’s quadruple tracking going on with the rhythm parts, then we’ve doubled, tripled and quadrupled all our lead parts to get that richness and fullness of sound, all meticulously planned with pages and pages of organisational notes. It wasn’t just ‘get in the studio and see how it goes!'” he laughs. “One day I did 14 hours of vocal recording. All vocals are double-tracked, I can’t express how much hard work that is. The last album feels like a breeze compared to what we’ve done with this – and I don’t plan on ramping it down!”

Musically there are gorgeous self-professed touches of Black Sabbath, Blue Öyster Cult, AC/DC and early Scorpions (“With the soloing I was trying to go for Michael Schenker,” beams Colin), while the scampering headbanger I Will Not initially took a nod from Angel Witch, who Hendra was helping out on second guitar back in 2015 when the track was composed, before studio treatment made it sound “a lot more Wytch Hazelly”. But perhaps the most lateral comparison is to a band from the opposite spiritual realm, with Archangel an explicit homage to Swedish faux-Satanic devil cult Ghost. “I find them fascinating, Ghost; musically great, the songwriting is spot-on,” enthuses the frontman. “We share an intrinsic connection, with [Bad Omen honcho] Will Palmer being the person who discovered us both, that’s a special thing in some way. I’m really happy with that song. I wanted to write a song about Lucifer, but it had to be done right; I didn’t want it to be a song glorifying Satan, so it’s a song about, why does he get all the glory?!” 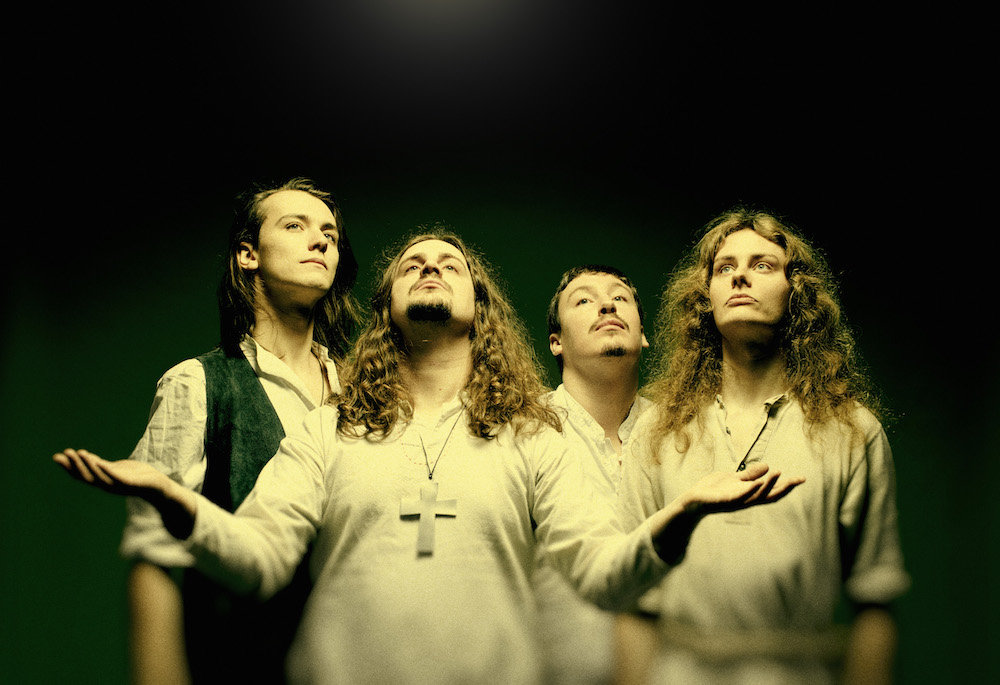 With the album’s title the most unambiguous statement yet of Colin’s Pentecostal Christianity, the man’s lyrics are even more nakedly devotional, his sincere, sensitive voice bristling with even stronger religious conviction – an avenue of inspiration that Wytch Hazel pretty much have to themselves in the modern metal scene. “I never set out to start a Christian band, I set out to start a heavy metal band,” Colin insists, “but it’s ended up being me as the songwriter from day one, so it just comes out. The music’s the focal point, but for me it’s difficult not to write what I write; my life’s about serving and worshipping God, so it’s only natural that it comes out in the music.” Lest any heathen headbanger start to fear any kind of evangelical conversion agenda, Colin expands on his position: “Music is created for all, it’s a common grace for everyone,” he affirms, “which is why the music that shows the glory of God the most, in my opinion, is not music created by Christians. It’s Black Sabbath, you know!”