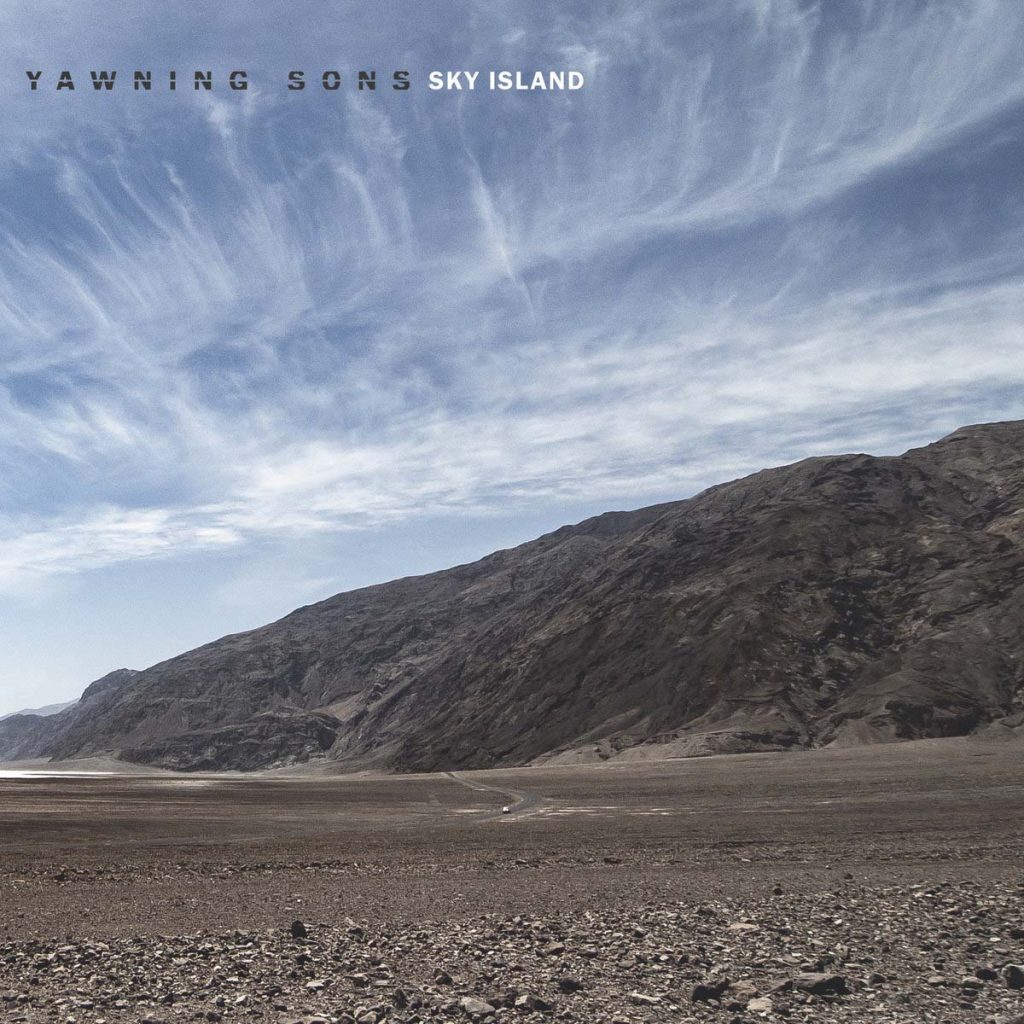 About new single »Cigarette Footsteps«, bassist Nick Hannon comments: “»Cigarette Footsteps« was initially written by myself and Gary with Kyle in Joshua Tree at Desert Sky. The vibe is totally Yawning Sons with this cool sweeping beat to it and some awesome ambient haunting tones from Gary. When Mario laid down his emotive vocals, it elevated it to one of our most atmospheric pieces. Marlon mixed the track and added a soaring solo that really adds to the atmospheric dimension. It feels like this is Yawning Sons at our peak emotional outlay and representative of the expanse of vibes contained on Sky Island. Soak it up!” 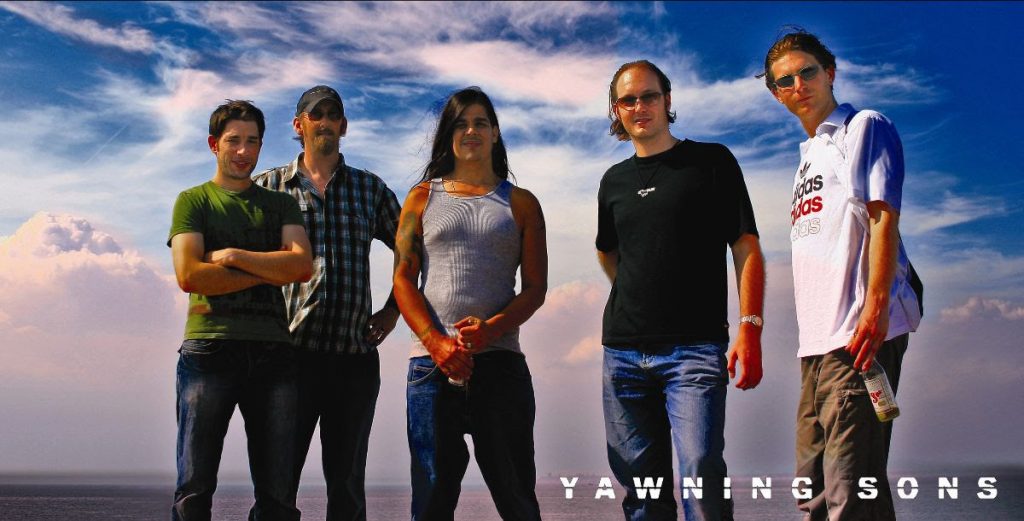 And with those words, the recording session of the second Yawning Sons album concluded. Recorded live in the deepest part of Joshua Tree, »Sky Island« reinforces Yawning Sons as a collaborative phenomenon firmly adjoining desert rock heritage with progressive instrumentation.

Before they gathered in Joshua Tree, the Yawning Sons story started in 2008 when, during the pre-production of their then second album, Sons Of Alpha Centauri invited Gary Arce from Yawning Man over to the UK to work with them to develop and record some of the material. From the very first initial session, it was evident that something unique and special had been born. Drenched in reverb and swirling in ambience, the band Yawning Sons had taken flight. The band, a portmanteau of the two respective collaborative bands, was joined by fellow Yawning Man founder Mario Lalli (Fatso Jetson, Desert Sessions), Scott Reeder (Kyuss, The Obsessed) and Wendy Rae Fowler (Queens Of The Stone Age, Earthlings?) on vocals. Their debut album »Ceremony To The Sunset« was released in 2009 to near universal critical acclaim, and within five years was re-released on vinyl, heralded as a “desert classic” and Yawning Sons had progressed to cult status.

In 2020, the band joined the respected ranks of leading Californian independent powerhouse Ripple Music for the release of their sophomore studio album »Sky Island«, to be issued on March 26th, 2021.