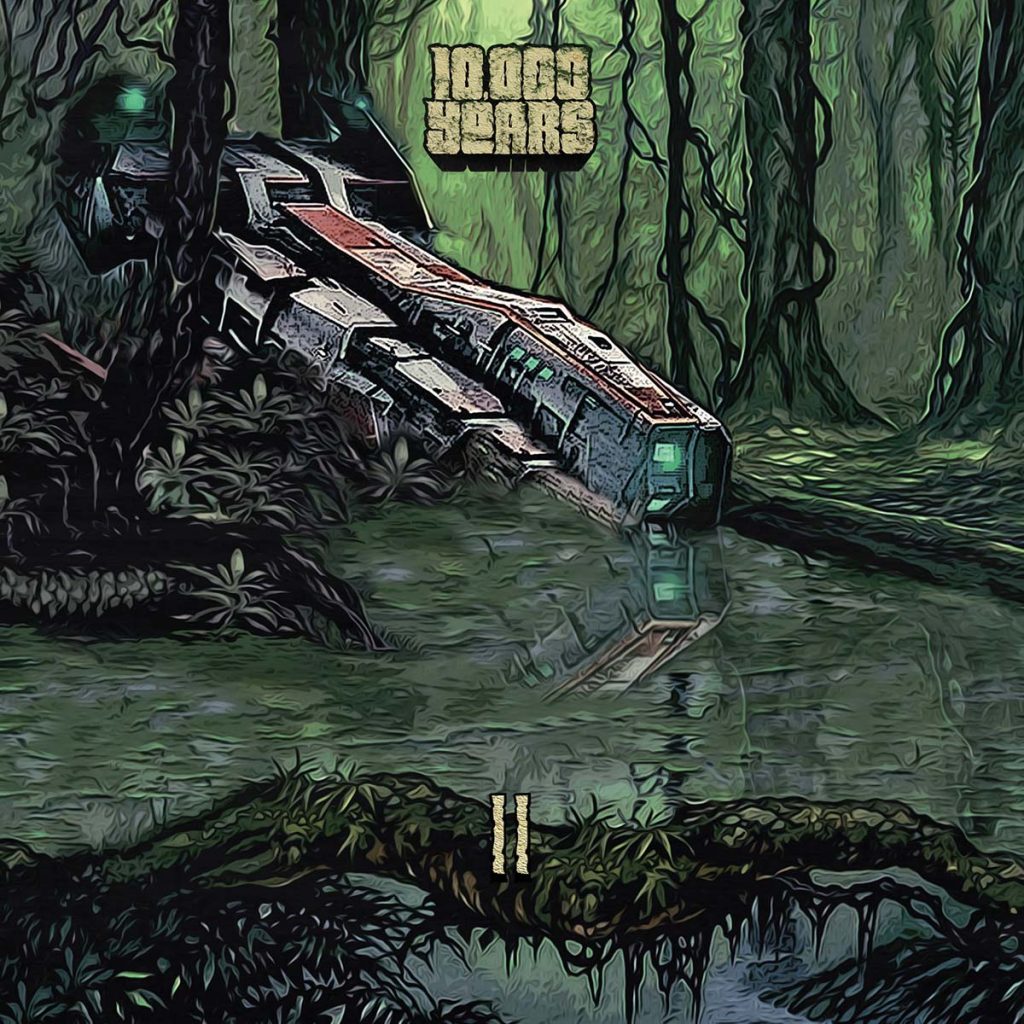 Says the band: “»II« has arrived! Our new album has officially been unleashed upon the world. Hail the Green King!

We would like to thank everyone who has supported us leading up to this release, the blogs and zines who’ve reviewed the album or otherwise plugged it and all of you who’s pre-ordered it. Thank you.

Now, make sure to stream the fuck out of the album and buy it on vinyl, cassette tape, CD or digital, or all of the above, and we will hopefully see you on a stage somewhere in the not too distant future.”

Less than a year after their first release, the universally acclaimed self-titled EP, 10,000 Years are back with their first full length effort, aptly titled »II«.

Picking up right where the EP left off, »II« continues the story of the ill-fated Albatross-mission and its exploration of time and space through a skullcrushing mixture of stonerrock, doom- & sludge metal.
The album was recorded in the legendary Studio Sunlight with the equally legendary Tomas Skogsberg manning the controls.

The album will be released on vinyl by underground heavyweigths Interstellar Smoke Records with a CD-edition and digital coming from Death Valley Records. Additionally there will be two different cassette editions from Ogo Rekords and Olde Magick Records respectively. 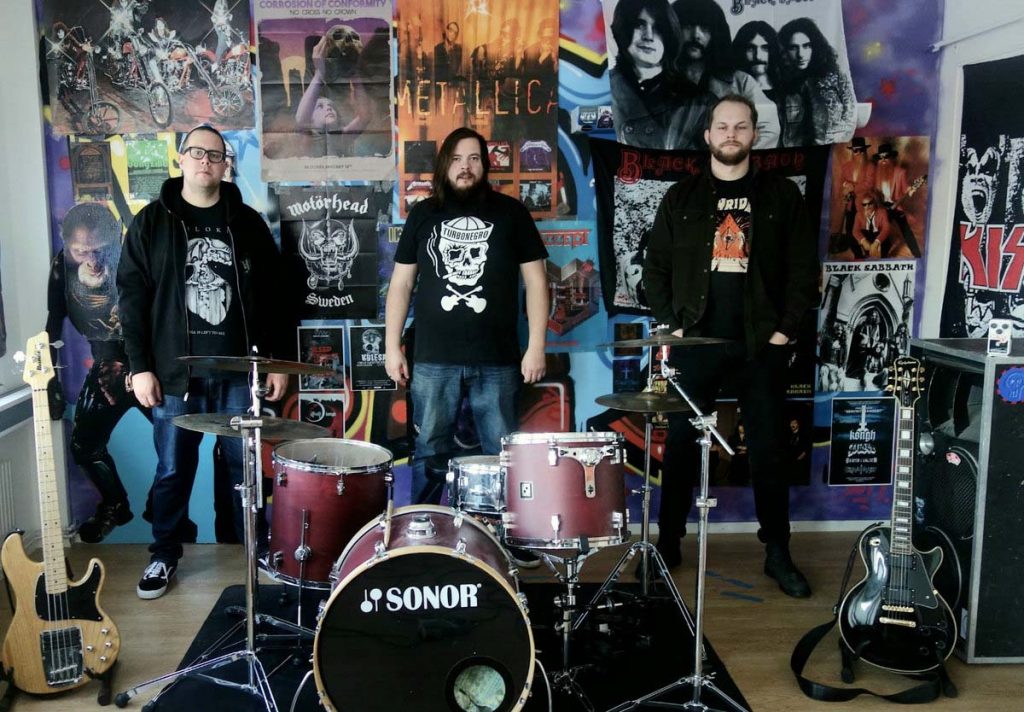 Having previously played together in the original lineup of Swedish underground heavyweights Pike, Erik Palm (guitars) and Alex Risberg (bass/vocals) found their way back to each other, musically, in early 2020. The creative fire reignited and stoked to a burning inferno and through a mutual love of heavy riffs and thundering stoner rock, doom- and sludge metal, 10,000 Years was born.

Finding a drummer would prove to be an easy task and with Espen Karlsen the final piece lay firmly in place. The groove they fell into during the first rehearsal hasn’t stopped rumbling since.

After spending the first half of 2020 writing and rehearsing, 10,000 Years recorded their self-titled debut EP during one weekend in June in the legendary Studio Sunlight with equally legendary producer Tomas Skogsberg. The self-titled EP was released on July 10th 2020 and immediately struck a chord with the heavy underground worldwide and 10,000 Years garnered rave reviews and accolades.

Now, less than a year after their first release 10,000 Years are back with their first full-length effort, aptly titled »II«. Picking up right where the EP left off, »II« continues the story of the ill-fated Albatross-mission and its exploration of time and space through a skullcrushing mixture of stoner rock, doom- & sludge metal. The album will no doubt continue to build on 10,000 Years already golden reputation and prove to be an even bigger hit with the heavy masses.

»II« will be available on CD, vinyl and all major digital platforms on June 25th, 2021.