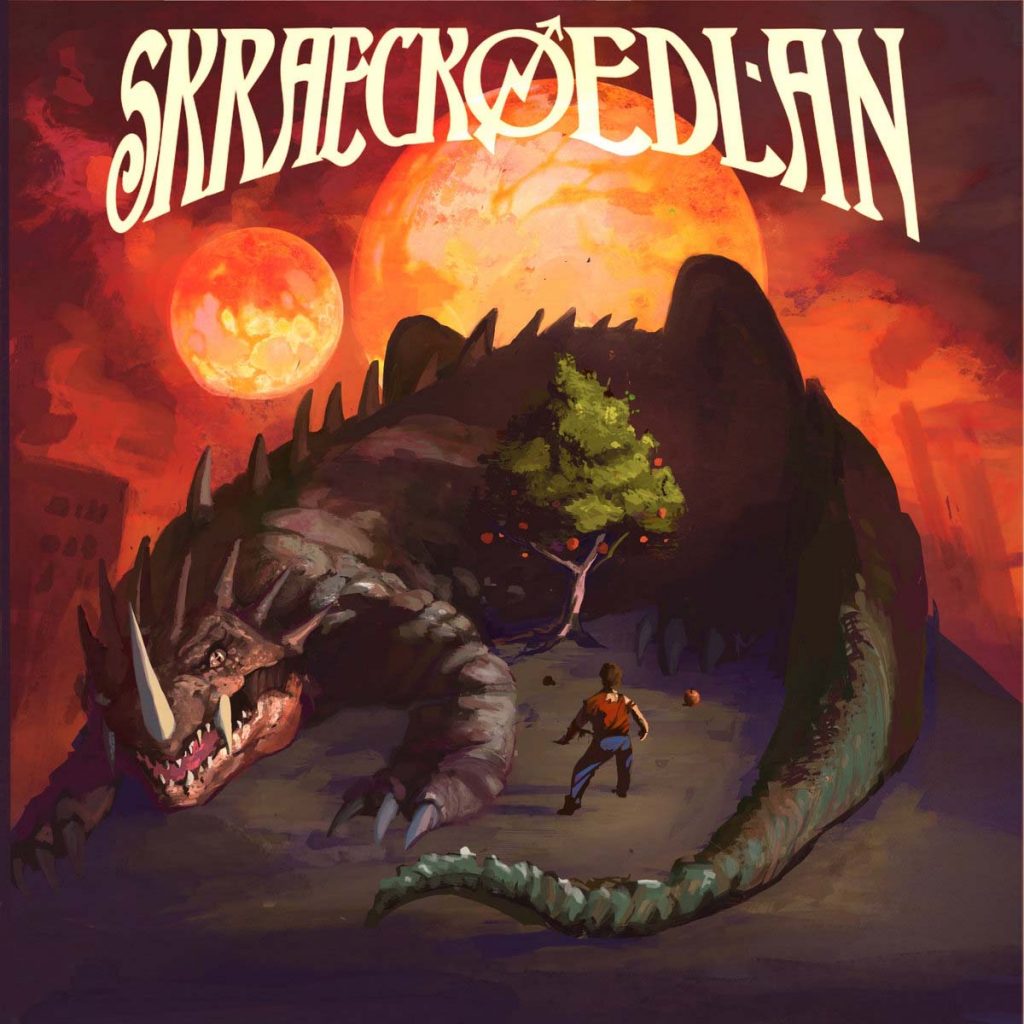 10th Anniversary Edition of their debut album is available now as anniversary vinyl box set featuring Swedish lyrics on all the tracks.

As Skraeckoedlans debut album »Äppelträdet« turns 10, the band is launching an anniversary vinyl box. The box is telling the story of how »Äppelträdet« grew from early demo recordings to the 2011 album – and now into something new. The box includes a completely new, 10th-anniversary edition of »Äppelträdet«. On this edition, the three English tracks featured on the original 2011 album have been completely re-recorded from scratch with Swedish lyrics. The 10th anniversary edition of the album has been remastered by Magnus Lindberg (Cult Of Luna).

A decade has passed since Skraeckoedlan released their debut album »Äppelträdet«, an album that reignited and marked the start of the modern Swedish stoner rock scene. Originally recorded in 2010, in Truckfighters’ Studio Bombshelter, »Äppelträdet« has grown to become a modern classic in the genre, with the album title-track, as well as the mighty colossus »Cactus«, being some of the band’s most widely recognized creations until this day. »Äppelträdet«, translated into »The Apple Tree«, was originally released with three English tracks; »Universe«, »Soluppgång«, and »Doedaroedlan«.

Robert Lamu, vocalist, and guitarist in Skraeckoedlan, comments: “We thought that we might limit ourselves as a band if we only had songs in Swedish. We cowardly wrote three songs with English lyrics, because we simply did not know if it would work to play heavy, groovy rock in Swedish and still be able to get out and play around the world, something we all had as a childhood dream. It has turned out that the Swedish songs have absolutely worked even outside of Sweden. Due to our cowardly decision, we have almost never played any of these three English songs live. We want to change that.” Celebrating their ten-year anniversary, Skraeckoedlan is re-releasing their debut album »Äppelträdet«. This time with all 10 tracks recorded in Swedish lyrics. The English tracks have been completely re-recorded from scratch with Swedish vocals, making them more fierce and distinctive sounding than ever. All tracks have been re-mastered by Cult of Luna-drummer Magnus Lindberg who’s added a new dimension to Skraeckoedlan’s unique, massive sound.” 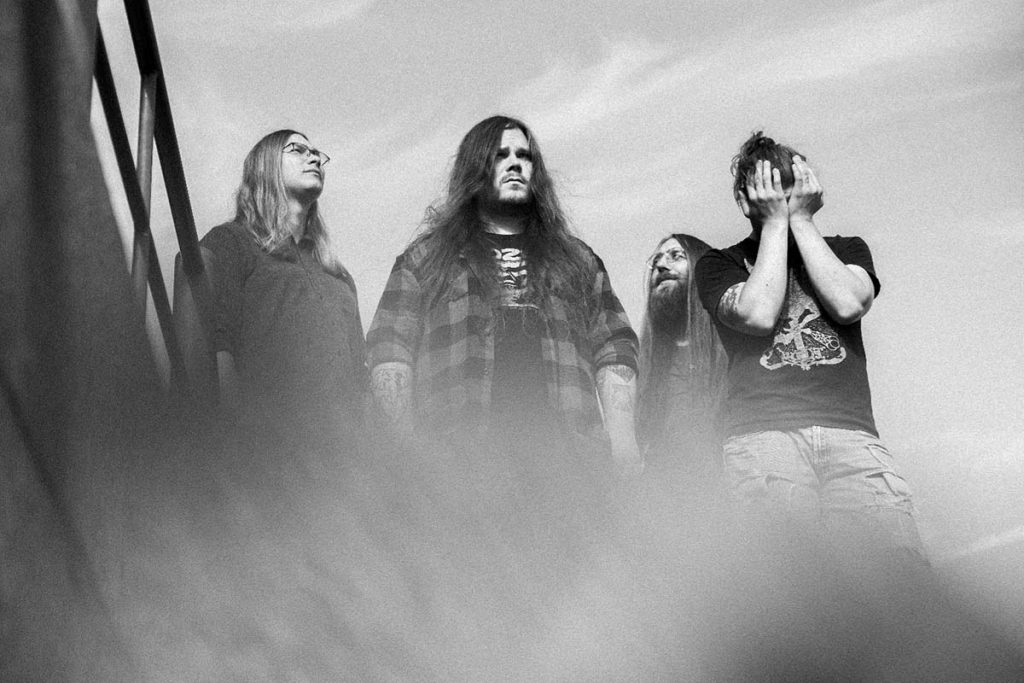 »Äppelträdet« will be released as an anniversary vinyl box on June 11 via The Sign Records. The box will be available in 500 copies and includes:

»Äppelträdet« (10th Anniversary Edition) will be available to purchase separately. The album is released on 1000 copies of 180g clear/transparent vinyl with the new cover artwork.

»Äppelträdet« (10th Anniversary Edition) will be released on all streaming platforms on June 11.

The original version of »Äppelträdet« is re-released on 1000 copies of 180g clear/transparent vinyl with it’s original LP cover artwork. Released as Gatefold.

About Skraeckoedlan: Skraeckoedlan is a four-piece from Sweden, offering a unique take on massive sounding, sci-fi infused stoner rock – best described by the band members themselves as “fuzz-science fiction rock”. Translated into Horror Lizzard or Dinosaur, Skraeckoedlan has grown to become one of the most prominent bands in the Swedish stoner rock scene. Over 300 live performances across Europe has made Skraeckoedlan a force to be reckoned with far beyond their native country, playing headline tours and performances at renowned festivals such as Desertfest, Sonic Whip, Borgholm Brinner, and Høstsabbath, as well as support gigs for Graveyard, Kadavar, Orange Goblin, Kylesa, Greenleaf, Monolord and Danko Jones.

Skraeckoedlan’s debut album »Äppelträdet« was produced by Truckfighters’ bass player Oskar Cedermalm and released on Transupstans Records in 2011. In 2015 they teamed up with Razzia/Sony for the release of their sophomore album »Sagor«, and in 2019 they launched their third and latest studio full-length, »Eorþe«.