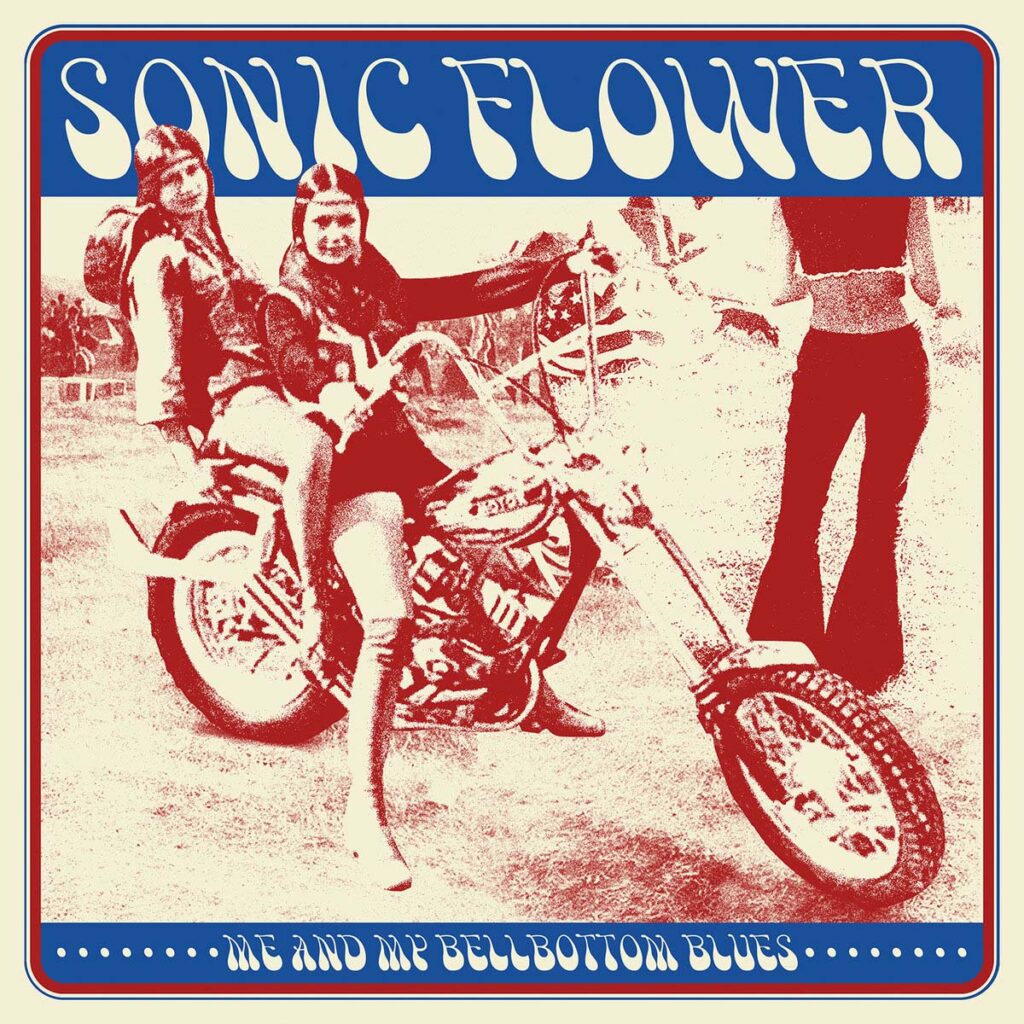 Japanese 70s hard blues rockers Sonic Flower share the new single »Black Sheep« taken from their third studio album, »Me And My Bellbottom Blues«, which will be released on September 30th, 2022 via Heavy Psych Sounds.

If you’re looking for the tastiest bluesy licks and perfect 70s throwback all in one, look no further than »Me And My Bellbottom Blues«! With Church Of Misery bassist and founder Tatsu Mikami at the helm, Sonic Flower comprises original Church Of Misery vocalist Kazuhiro Asaeda, as well as blues guitarist Fumiya Hattori and drummer Toshiaki Umemura. Sounding harder and heavier than their previous outings, this third album maintains skyrocketing levels of groove and swagger and should thrill fans of Cactus, Leaf Hound, Sir Lord Baltimore, Granfunk Railroad.

Feel the groove of new single »Black Sheep« at this location! 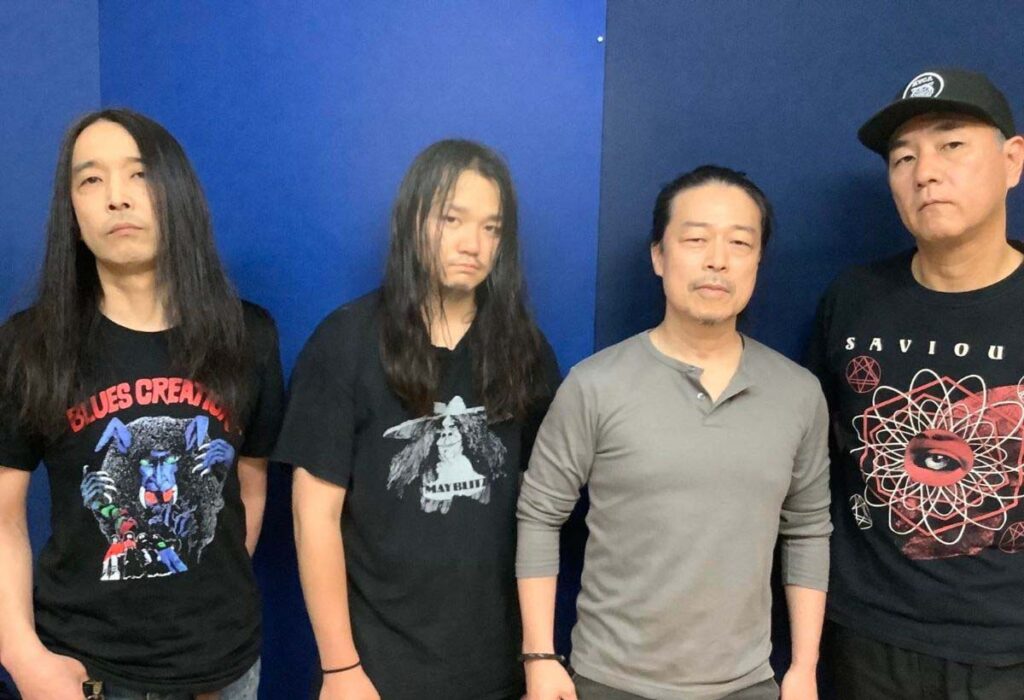 Recorded in Tokyo in early 2022 and mixed by Japanese doom guru Yukito Okazaki of Eternal Elysium fame, »Me And My Bellbottom Blues« is “their biggest work to date”, according to Mikami. It will be released on September 30th through Heavy Psych Sounds, alongside the repress of their acclaimed »Rides Again« and self-titled albums. ►►► Listen to debut single »Swineherd«! Pre-order HERE!

Sonic Flower was formed as a side project of Church of Misery in 2001. Tatsu Mikami (Church Of Misery bassist) and Takenori Hoshi (guitarist on Church Of Misery’s second album »The Second Coming«) teamed up to play more bluesy and instrumental heavy rock influenced by 70’s acts such as Cactus, Grand Funk Railroads, Groundhogs or Savoy Brown. Guitarist Arisa and drummer Keisuke Fukawa quickly joined them. In 2003, they released their bluesy heavy rock self-titled debut album »Sonic Flower« on Japanese label Leafhound Records. This instrumental, improvised double guitar-charged record was internationally acclaimed, and they got the chance to support Electric Wizard, Bluebird or Acid King on their Japan shows.

In 2005, Sonic Flower went to the studio to record new material, but as Arisa was pregnant and day jobs prevailed, they put the band on hiatus after the recording session. These recordings have been sleeping in the vault for fifteen years until Tatsu decided to reform the band in 2018. This time he teamed up with former Church Of Misery singer: the result was their new album »Rides Again«, 2021 through Heavy Psych Records. Their brand new album »Me And My Bellbottom Blues« sees guitarist Fumiya Hattori joining on guitar, for a late September release on the Italian label.