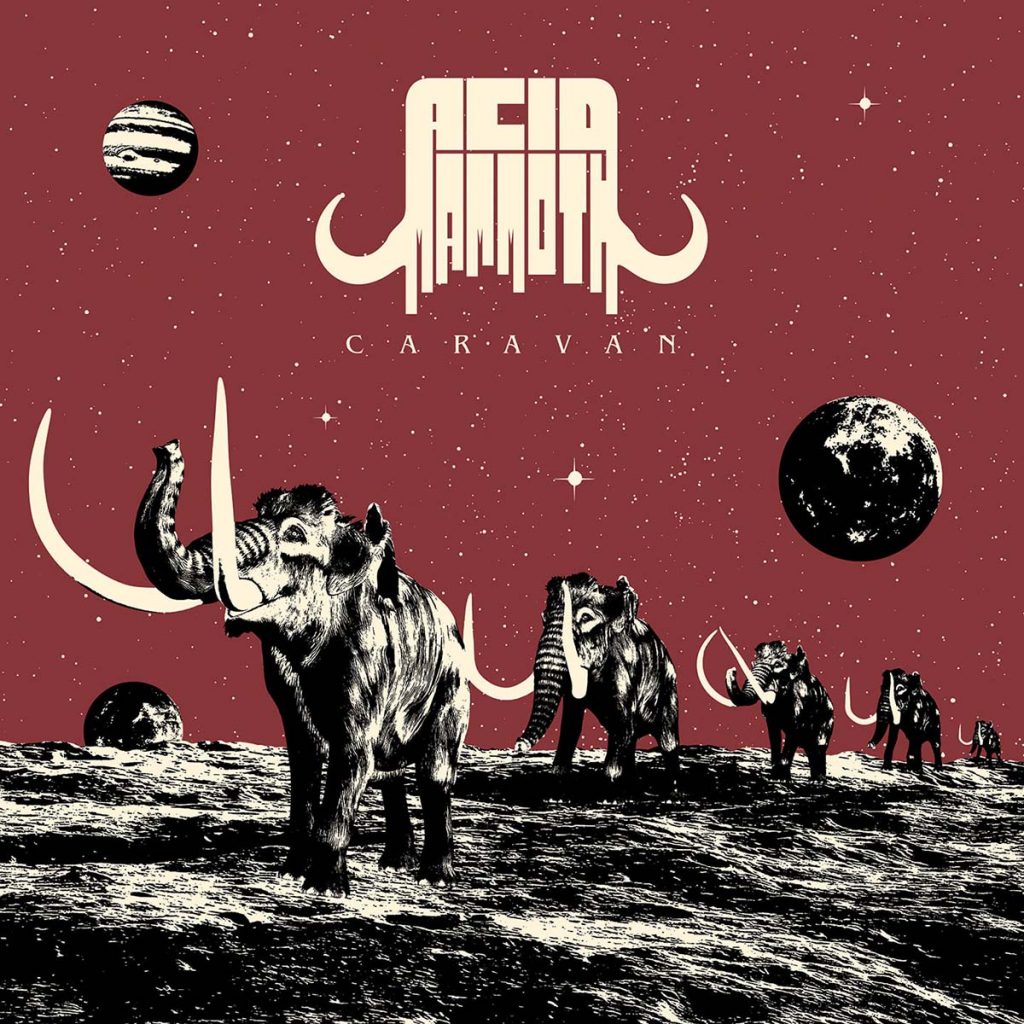 Says the band: “»Caravan« is the title track of our upcoming third full-length album and it represents fully what the new album is about. This 11-minute giant features crushing riffs reeking of fuzz and elephantine drumming, mesmerizing vocals and mountainous bass lines. It is a product of witchcraft, a trance-inducing journey into the black void. Beware, for this horde of gargantuan beasts comes raging towards you with the force of a thousand black orbs!”

»Caravan« is the band’s upcoming third full-length album. It is the direct successor to last year’s »Under Acid Hoof« and the fourth release of the band with Heavy Psych Sounds Records. It was conceived, recorded and produced during a state of total lockdown due to Covid-19, therefore it greatly reflects our mood during these dark times. It is a heavy, sublime and pitch black journey into the vast unknown. Like all of our previous works, »Caravan« was recorded, mixed and mastered with Dionysis Dimitrakos of Descent Studio in Athens, while drums were recorded at Ignite Studio. The artwork was once again crafted by Branca Studio. It is a witchy album for witchy ears, a heavy opus that has emerged straight from the deepest abyss.

Acid Mammoth was formed in 2015 by Chris Babalis Jr. and Dimosthenis Varikos, two friends with a deep love for heavy music. They were later joined by their very good friend Marios Louvaris and Chris Babalis Sr., Jr’s father. In 2017, the band self-released its debut full-length album. In January 2020 the band released their second full-length album »Under Acid Hoof« via Heavy Psych Sounds Records.