You can also watch a brand new music video for »Forgotten Cults« below! Video by Jacob Vande Vegte.

Green Altar is a five piece blackend sludge band hailing from Sioux Falls, South Dakota. Their blackened doom music provides the soundtrack to the harsh winters they grew up with. Repetitious and droned out guitar riffs aided with their destructive vocals gives the listener the heavy tone that reflects the dying planet we live on.

Says the band aboz the new album: “Having been written over two years this album centers the torment Man has created on this Earth. Through creative exploration these songs capture the acceptance of Man being the creator of suffering. We present you these love songs to the death of modern times.” 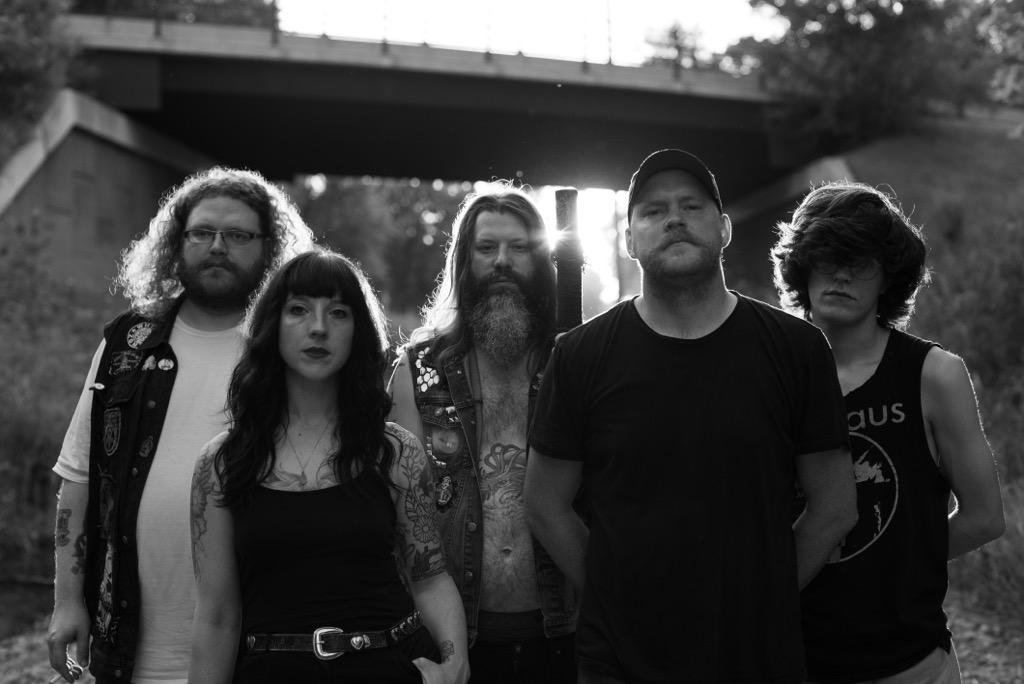