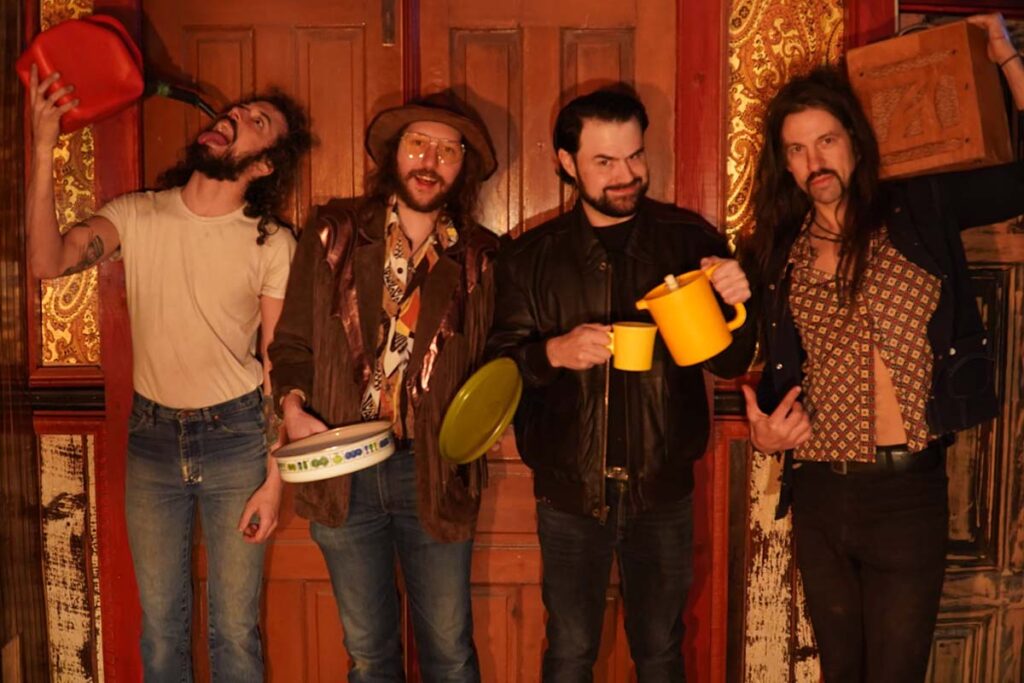 American cosmic psychedelic riffers Ecstatic Vision have signed a worldwide deal with Heavy Psych Sounds for the release of their brand new album.

Guitarist and vocalist Doug Sabolik comments: “Stoked to be putting out another album with the Gabri and the Heavy Psych Sounds boys! They help us facilitate the rock and actually were able to get our record pressed, which we will need when we sail the pirate ship to Europe this Summer for a massive 7 week tour. See you on the warpath.”

Ecstatic Vision introduced their brand of heavy primal psych influenced by groups like Hawkwind, Aphrodites Child, Olatunji, Can and early Amon Duul II in late 2013. Formed in Philadelphia to primarily “play what they wanted to hear,” the band quickly rose to those in the know as a force to be reckoned with.

Ecstatic Vision signed to Relapse Records on the power of a demo and their psychedelic freak out, primal live concerts. Their debut LP, »Sonic Praise« saw a release by Relapse in June 2015 and during this time the band toured the US with prestigious acts such as Enslaved, YOB and Uncle Acid & The Deadbeats in addition to numerous shows with the likes of Earthless, Red Fang, Acid King and many others. This was followed by a European run that saw them perform at the legendary Roadburn Festival in addition to dates with Bang, Pentagram, and more.

In April 2017, Ecstatic Vision returned with their 2nd LP »Raw Rock Fury«, an even more tripped out showcasing of the band’s raucous mix of troglodyte Detroit rock grooves, soothing Krautian motoric sounds, filthy Beefheartian blues and Hawkwindian primal world heavy psych! The addition of multi-instrumentalist Kevin Nickles (Saxophone/Flute/Guitar) has helped the band reach beyond the void and further create a sense of auditory hallucination with »Raw Rock Fury«. Prepare for one of the dirtiest sounding recordings since MC5’s »Kick Out The Jams«. Headlining tours of the USA and Europe followed and saw the band share the stage with John Garcia, Dead Meadow, Bongzilla, and the Cosmic Dead and also included a blistering headlining slot on one of Desertfest Berlin’s stages. 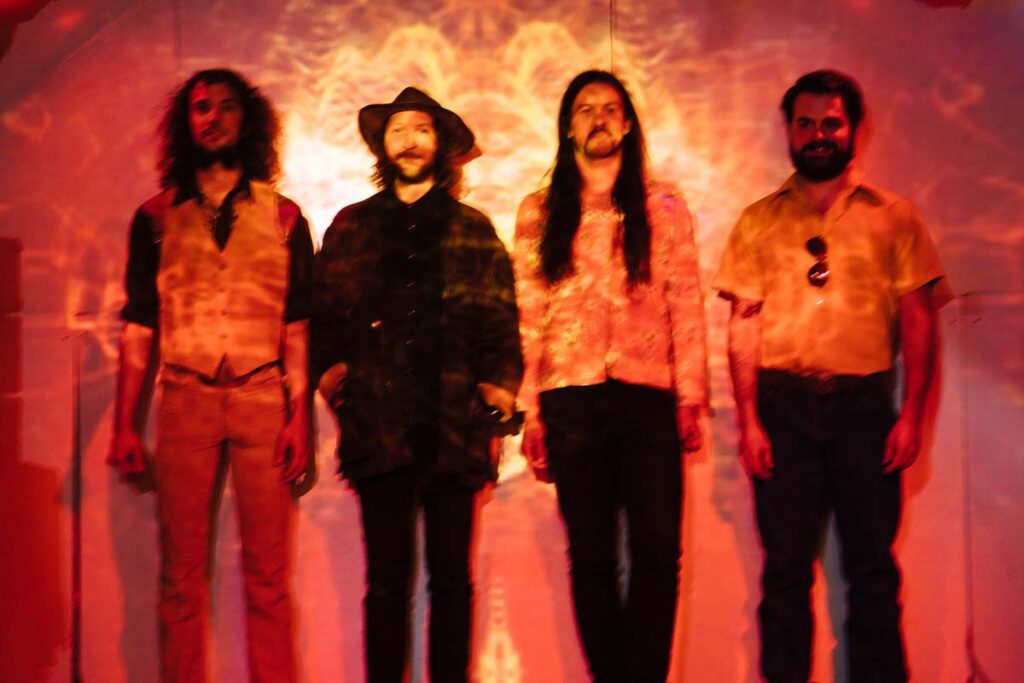 In 2019 fall the band released »For The Masses« on Heavy Psych sounds and supported Brant Bjork on a USA tour. They then immediately headed to Europe for a packed-out club tour. After the »For The Masses« tour was cut short due to the pandemic the EV boys took a much needed break.

They re-grouped a year later and started jamming what would become their new album. In fall 2021 the band recorded live at RetroCity Studios in Philiadelphia with Joe Boldizar. He brought the band out of the muck and together they produced their best sounding record to date.

The band will release the new album in May 2022 in front of a massive 7 week tour of Europe that will see them play to anywhere from thousands of people at Hellfest to 50 die-hards in some sweaty club.