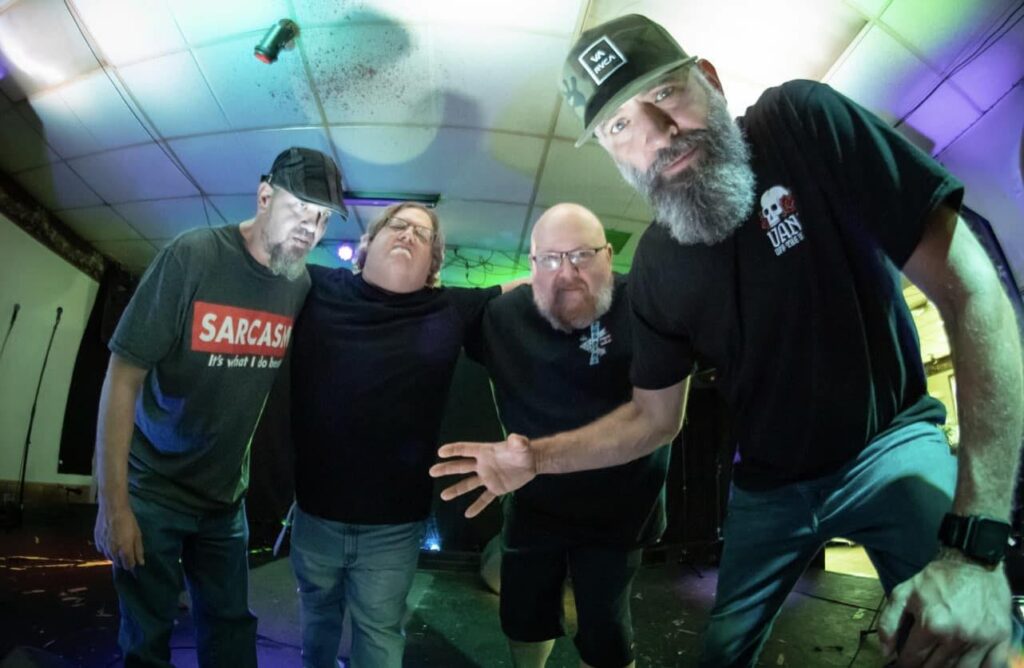 Filmed and edited by Cody Mausolf of The Liquor Portal (TLP).

No fads. No gimmicks. No trends… is the maxim used to describe Central Virginia’s, blue-collared quartet, Four Thirty Four. The group formed in late 2019 when members Mike Vernon (vocals), Craig Coyner (bass), and Scott Jordan (guitar) added drummer Greg Baker to the fold, to solidify the lineup. The band’s name and logo, Four Thirty Four, is a spinoff of a regional area code, created with the intent to represent Central Virginia with their brand of music.

With diverse songwriting and an unconventional sound, Four Thirty Four recorded and released six singles in mid-2020. By distributing these singles, one per month, each song got its own release date and attention, truly capturing the band’s influence, style and creativity. Using this release structure, networking through social media and beyond, the band sparked the attention of many streaming radio programs/personalities in the U.S. and overseas programs in the UK, France and Australia.

In support of these singles, Four Thirty Four continues to perform throughout VA, with shows stretching into NC, and PA. Adopting the slogan “Live Music Rules” and spreading the word through high energy live performances, a grassroots following has begun to amass.

While bringing live music to fans was the focus, a high energy, hard-rock sermon was the catalyst. August 2021 marked the release of »The Gold EP« which includes four songs. Since it’s release, Four Thirty Four continues to reach new fans, explore new venues and travel to new states.