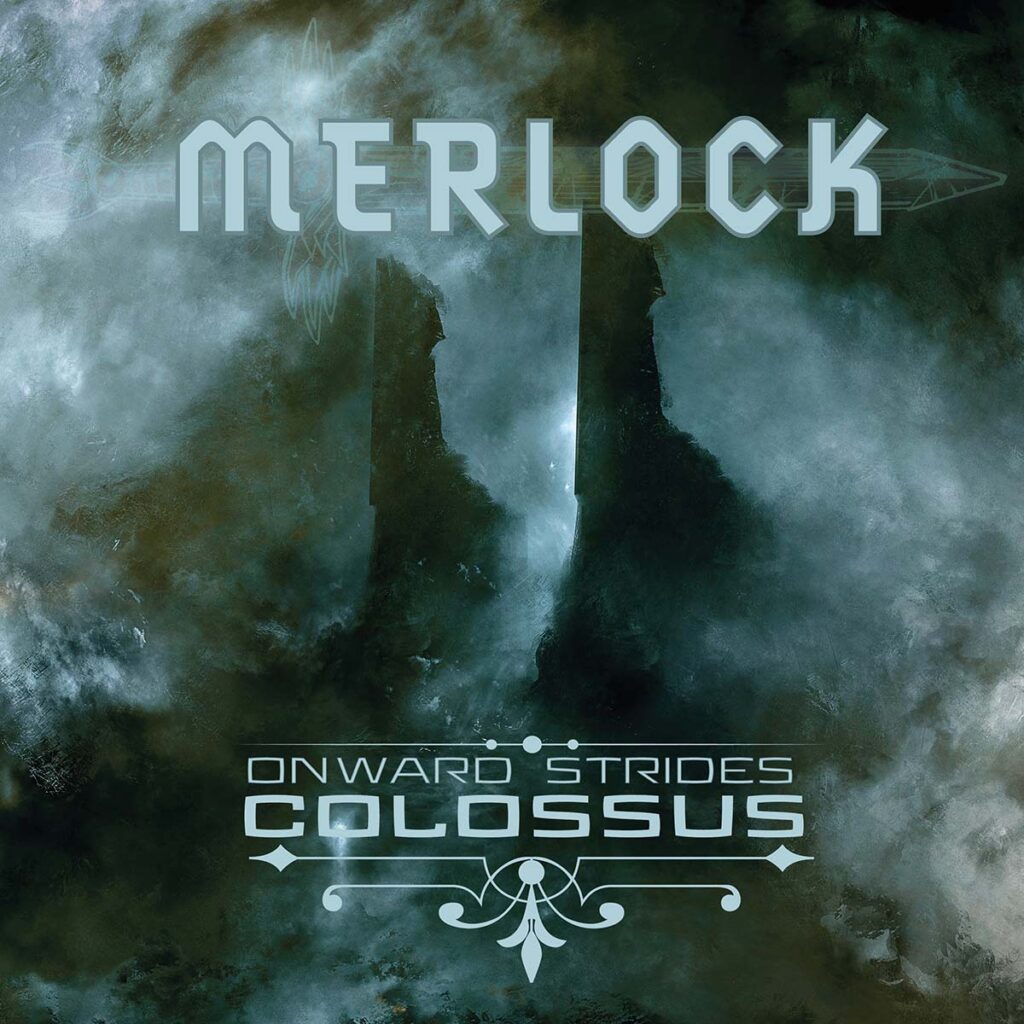 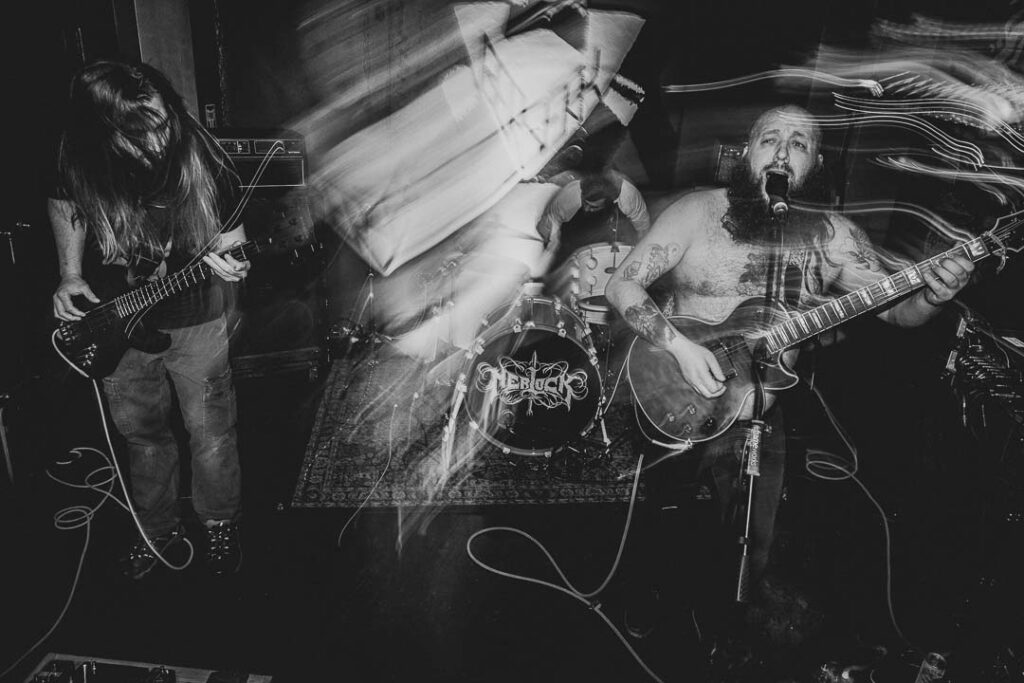 “»Onward Strides Colossus« is a sort of “hero’s journey” set in a posthuman, postdoom atmosphere. Sonically and lyrically, it explores cycles of death and rebirth, notions of hell, and of self-actualization. Seeking truth is the primary urge of the album, and that urge becomes, at times, colossal, which is where the name comes from. Heady pretension aside, the album is also very much about the three of us building this monstrosity that is Merlock. Writing albums, touring, failure & victory – all of those intense experiences that continually shape and reshape us as people. We all had to grow into new, more powerful versions of ourselves to create this album. We know the Colossus doesn’t stop here.” – Taylor D. Waring

Introducing the release is »Sovereign Throne«, a groove rhythm powered track with a bluesy side. Lead guitars emerge out of the shadows with bright intricate solos that interweave. An injection of energy sees the pace increase and elevates the music as the vocals soar above. »Behold The Sword Of Lock« brings an aggressive onslaught seeing harsh vocals combined with noisy guitar tones to unleash a fully immersive sound. Merlock pull out all the stops with the album’s title track. Eerie, droning fuzz and wandering vocals evoke a haunting, otherworldly air. Playing with dynamics, the tracks builds up into explosive rhythmic guitars and percussion – »Onward Strides Colossus« delivers a powerful and impressive impact.

About Merlock:
Described by critics as “gloomy and semi-mystical”, “shadowy and mysterious”, and “epic and ever-climbing”, Merlock melds stoner doom with heavy psychedelic sounds to create heavy post-doom atmospheres. Formed in 2017 in Spokane, Washington, Merlock has self-released 2 EPs and toured the West Coast while continuously demonstrating their willingness to evolve a songwriters and performers. Having weathered line-up changes and the ever-evolving music scene in the post-covid world, Merlock continues to look for new paths forward.