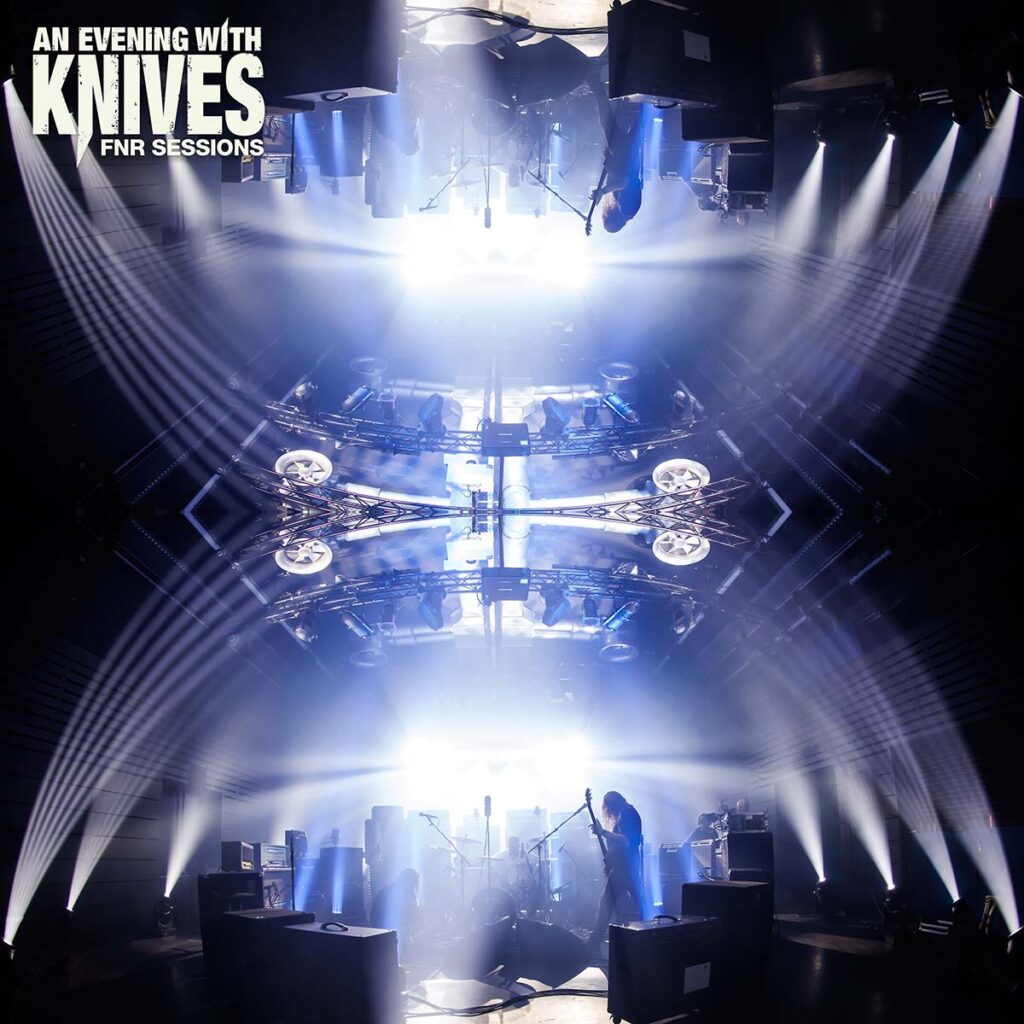 Eindhoven, Netherlands based post-metal band An Evening With Knives announce new live album, »FNR Sessions«, which will see the light on February 2nd, 2023 through Argonauta Records.

Eindhoven post-metal unit, An Evening With Knives, releases a new live recorded (video) album on February 2nd, 2023. The album contains 7 tracks, all recorded while the band plays within a circle of 50 amplifiers, creating an actual ‘wall of sound’. The album captures the live energy the band is best known for, giving an intimate view into the intense spirit of the three members.

Purchase of the album gives access to live-video recordings of each track, exclusive photo material and free download files.

»FNR Sessions« will be released through Argonauta Records. The band will play a release show at Effenaar in their hometown of Eindhoven (NL) that same day.

Band statement: “Playing music live, as a band, is the best experience there is. With »FNR Sessions« we set the goal to make the viewer part of our world during the process. Let them feel the vibe and join the trip. It’s a perfect representation of our creative conception. After all, An Evening With Knives is ‘best served live’.” 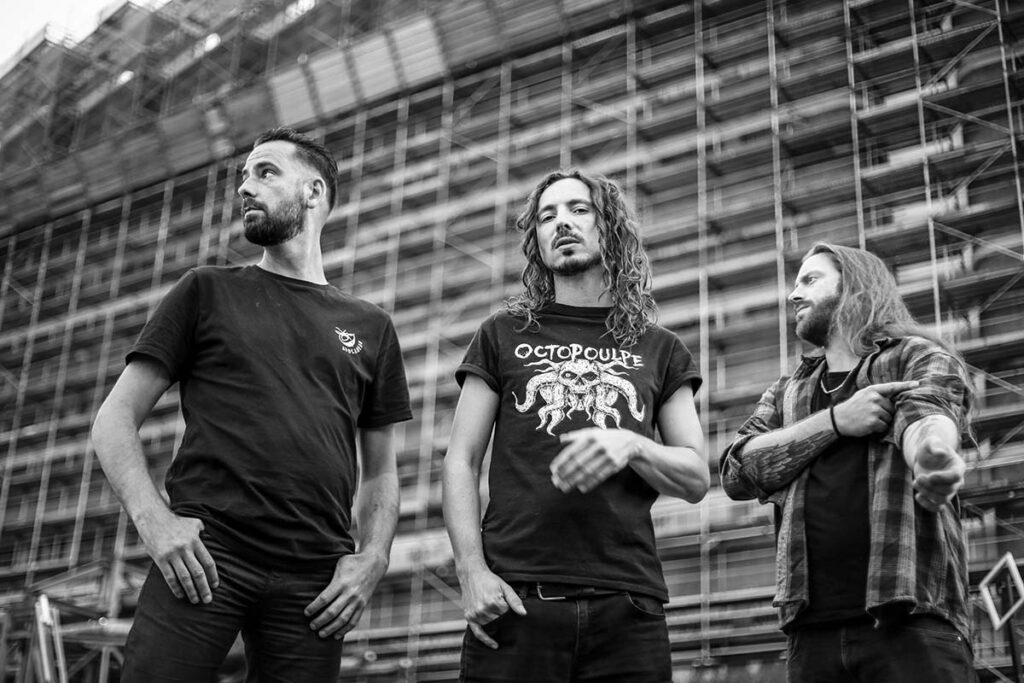 A mesmerizing, imposing wall of sound, blurring the boundaries between post-metal, psychedelic rock and doom metal. They bring to the stage a layered and energetic sound with unexpected turns.
Where the wall of sound falls down into a sea of tranquility, they always keep it dark, heavy and captivating.

With the release of their self-titled EP in the summer of 2015, this energetic three piece started their journey to rock and roll glory. This journey started in the Netherland’s very own city of rock Eindhoven, selling out local headlining shows and has led the band to other great gigs all over Europe, sharing the stage with the likes of Truckfighters, Corrosion Of Conformity, Elder, Weedpecker, Hangman’s Chair and Stake.

Expectations for their debut album where high amongst their ever growing fanbase and An Evening With Knives has met these expectations with their critically acclaimed album »Serrated« released in 2018 on CD by Argonauta Records (Italy) and on vinyl by Lighttown Fidelity (NL).

The »Serrated« tour brought them to great festivals like the illustrious Incubate Festival in Tilburg and Belgium’s Roadkill Festival. Later in 2018 they released their EP »Fade out« and kept on touring ending their season on a high with a big show at Alcatraz Festival. Another great Belgium rock festival with a 25.000 attendance.

As the journey continues. In 2020 »Sense Of Gravity« sees the light of day in a packed Effenaar (Eindhoven NL). This follow-up album brings everything you can expect from a An Evening With Knives record and more. The band has grown into an even stronger and imposing powerhouse; taking everything you praised on »Serrated« to the next level.

While the live reputation of the band grows, the tree piece decides to record a live album. Filmed in a surrealistic setting, playing within a circle of 50 amplifiers, »FNR Sessions« gives an intimate view into the intense spirit of the three members, allowing the viewer to become one to them.

The album, including video recordings, is presented to the world on February 2nd, 2023 through Argonauta Records. Be sure to check it out, because An Evening With Knives is best served live.