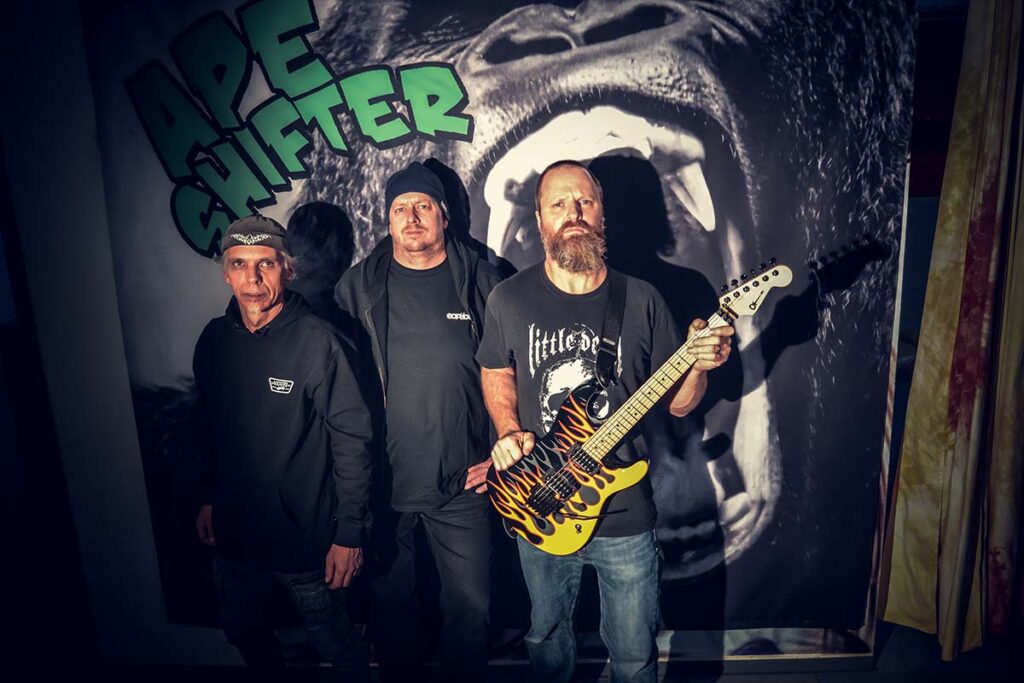 The support this Saturday, May 21st, 2022 will be provided by Slovenia’s very own prog-stoner rockers Jegulja and post-stoner outfit Hoba. Find more info here!

Progressive stoner rock trio Ape Shifter Ape Shifter has been ripping it up in Europe over the last five years playing festivals, headline shows and as serving as support for acts such as Loudness, The Skull, Chris Slade Timeline and Chris Haskett (Rollins Band). The group was founded in 2015 by Sorry About Your Daughter guitarist Aug, a cool underground guitarist who has been living at the foothills of the Alps in Southern Germany for the last 20-some years. Their debut, »Ape Shifter I«, was released in March 2017.

Born in Washington, D.C. and raised in Laurel, Maryland, Aug has toured with Allan Holdsworth, Soft Machine, Stu Hamm, Greg Howe, Alex Skolnick, Carl Verheyen, Johnny A., Albert Lee, and has performed shows with Jawbox, Shudder To Think, and Ice-T and Body Count as a member of Sorry About Your Daughter. He has worked with John Stabb from punk legends Government Issue, has been touring and recording with Anne Clark for the last 18 years and has been touring and releasing albums as a solo guitarist for the more than 30 years. Aug can also be heard on the Atari Teenage Riot album Is This Hyperreal?. Not surprisingly, Aug set the world record for the “most concerts performed in different countries in 24 hours” (not once but twice in 2009 and 2012). He’s been featured on NPR´s show Morning Edition and has had a #1 selling album on iTunes Acoustic Music Charts in the U.S. 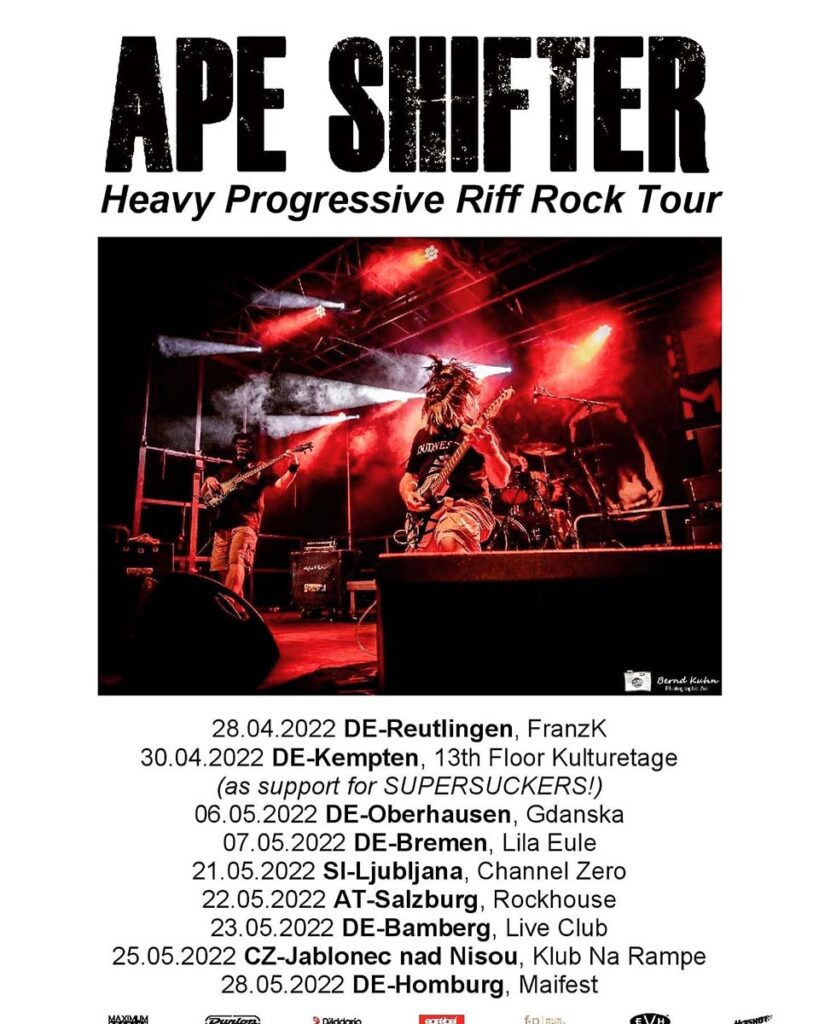 Ape Shifter has dropped a groove-heavy latest single, “Village Strut,” on August 13, 2021 which is available via all digital music providers via Heavy Progressive Records.

“Joe Walsh and Rick Derringer were getting a lot of spins on my turntable,” says guitarist Jeff Aug. “Ape Shifter had been playing around with this groove for a while now, but it wasn’t ‘clicking.’ Then one night, I pulled up a drum beat in my Studio One program and just went with it. Out came this arrangement. We sent it to our drummer Tony and he knew exactly where we were going with it.”

Fusing a classic heavy rock sound that arcs in the stoner rock direction with technical musical prowess, Ape Shifter is dissimilar from any other progressive instrumental band.