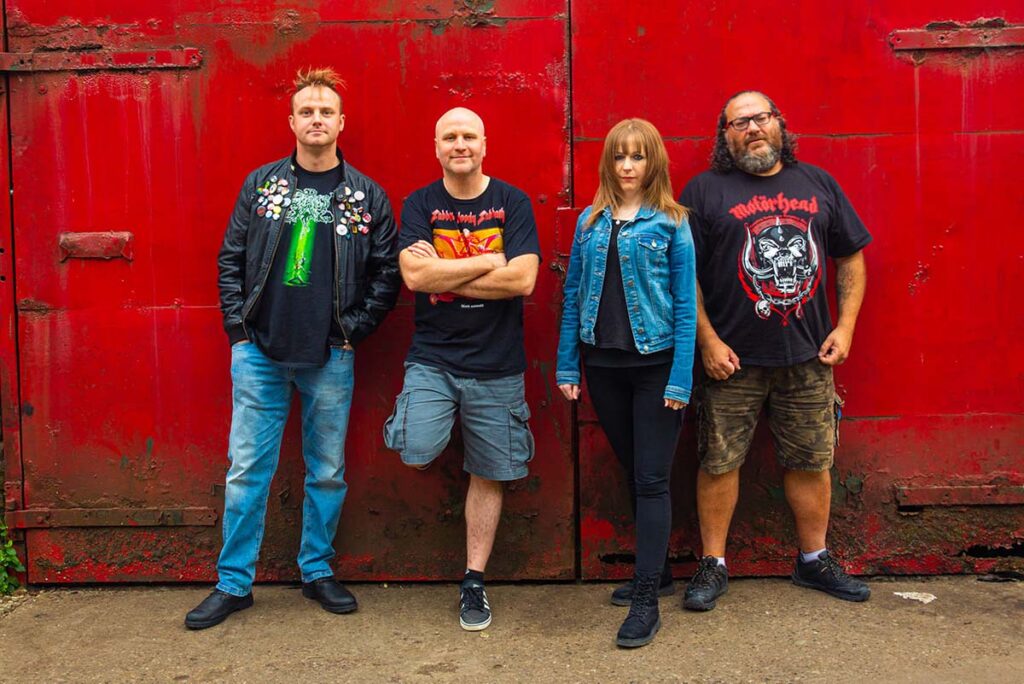 The band comments: “As we’ve mentioned a few weeks ago, we’ve finished recording our 4th studio album, and if all goes well and ‘…gulp…’ we don’t end up in WW3, it will be out in April via Metal On Metal Records! This album will be called »Swords Against Death« and it’s a collection of lovely songs about caving in peoples heads, Death, Occult and a shit load of Barbaric Mayhem!
Get them Beers ready!! 🤘🏻🍺🔥🍺🤘🏻”