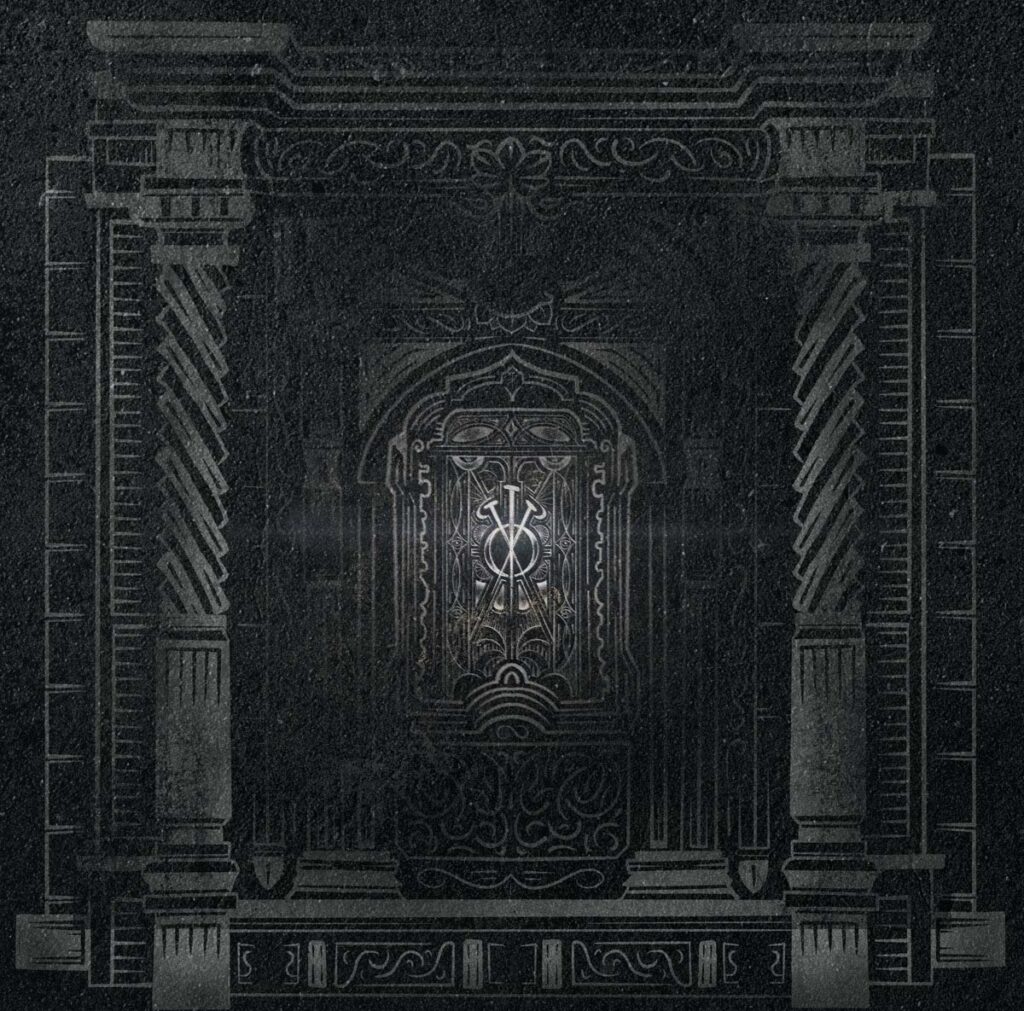 Brussels, Belgium based post-metal/post-rock act Astodan is gearing up to release their third studio album »Évora« on May 6th, 2022 via Dunk!records (EU) and A Thousand Arms (US).

Watch a music video for the second single and opening track »Relocate« below!

• It seems not long ago that this Belgian band was a newcomer that we had taken under our wing at the label, and now suddenly they’re firmly rooted veterans who have made quite a name for themselves among fans of both post-metal and post-rock. On their third release, Astodan have truly spread their wings, achieving the doubly impressive feat of continuing to push their established sound to new heights while also seamlessly blending in an entirely new element, as »Évora« is the first of their albums to include vocals. While it may seem in theory to be a sharp turn in a new direction, in practice it presents as an entirely natural evolution of the band’s sound, which has always contained the kind of soft-loud dynamics that invite the inclusion of a vocalist.

• Bart Van Der Elst steps confidently into that role with a style of delivery that provides integral additional energy and texture without occupying the kind of dominant space that one would expect from bands with more traditional lead singers. However, his placement in the middle of mix as opposed to the front doesn’t diminish the importance of his role; in fact, it is his voice that acts as the steady through-line that ties everything together, like a bridge connecting the music as it shifts. 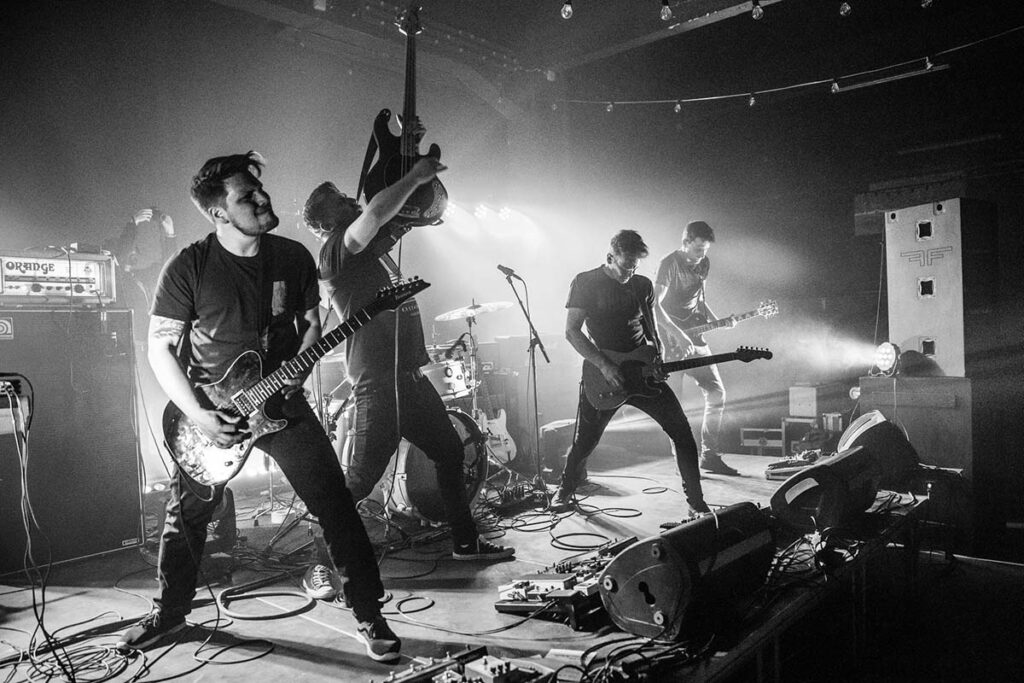 • Listeners may already be familiar with his work with The Geraldines. If they are, they may be surprised to learn of Van Der Elst’s involvement, because while his higher-register vocals meld perfectly with The Geraldine’s frenetic indie rock style, they might not seem like the most obvious choice for a denser postmetal sound. But such an expectation would prove unfounded, as his voice lends a unique and otherworldly quality to each song. He also shows an ability to adapt impressively to Astodan’s more methodical pacing by drawing out his vocalizations. Once everything is in its place, Van Der Elst proves to be a perfect choice for the position, bringing a valuable new dimension that propels the band into richer and more exciting sonic territories.

• Including lyrics allows them to more clearly highlight the themes that have run through their previous work. Again delving into the idea of burial rituals, the band invokes the “bone chapel” of Capela dos Ossos, which stands in Evora, Portugal. When the city’s cemeteries became full in the 17th century, Franciscan monks built the chapel and used exhumed bones to adorn the walls and ceiling. Their goal was to remind visitors to consider the fragility and temporary nature of life, as well as the potential for beauty. There are poems and other phrases carved around the chapel, and some of these were used in the lyrics for the record. This concept of considering the life of the individual against a backdrop of life in the broadest sense matches perfectly with Astodan’s chosen sound, which seeks to pair huge, sweeping heaviness with moments of intimacy and vulnerability.

• On the topic of the band’s ever-growing sonic canvas, »Évora« features what is undoubtedly their biggestsounding collection of songs to date. Some of this can be attributed to the astute production, which was handled by Jannes Van Rossom right here at our own dunk! studios. Van Rossom lends noticeable crispness and depth to each song, showing prudent foresight in allowing the quieter parts to retain their delicacy, which in turn paves the way for the heavy moments to hit as hard as they possibly can. The mix on the vocals is also an intriguing choice, as they are pushed further back, almost in a typical shoegaze fashion, except without sacrificing the clarity of Van Der Elst’s voice. It’s a choice which imparts a unique, intangible quality to the music – familiar in certain ways, yet still thoroughly singular.

• But beyond the increased production values, »Évora« is also the most mature-sounding material Astodan have brought forth to date. Their deft balance of melody and aggression is there as it always has been, but the pacing, progression, dynamics, and dramatics are noticeably amplified. The addition of vocals not only delivers a fresh element, but also helps to emphasize transitions and emotional swells that had to stand on their own on previous recordings. It is unquestionably the band’s most vivid and inspired work to date, and we’re thrilled to walk beside them as they usher in this new chapter of their evolution and expand upon the already-substantial foundation they’ve built over these past several years.