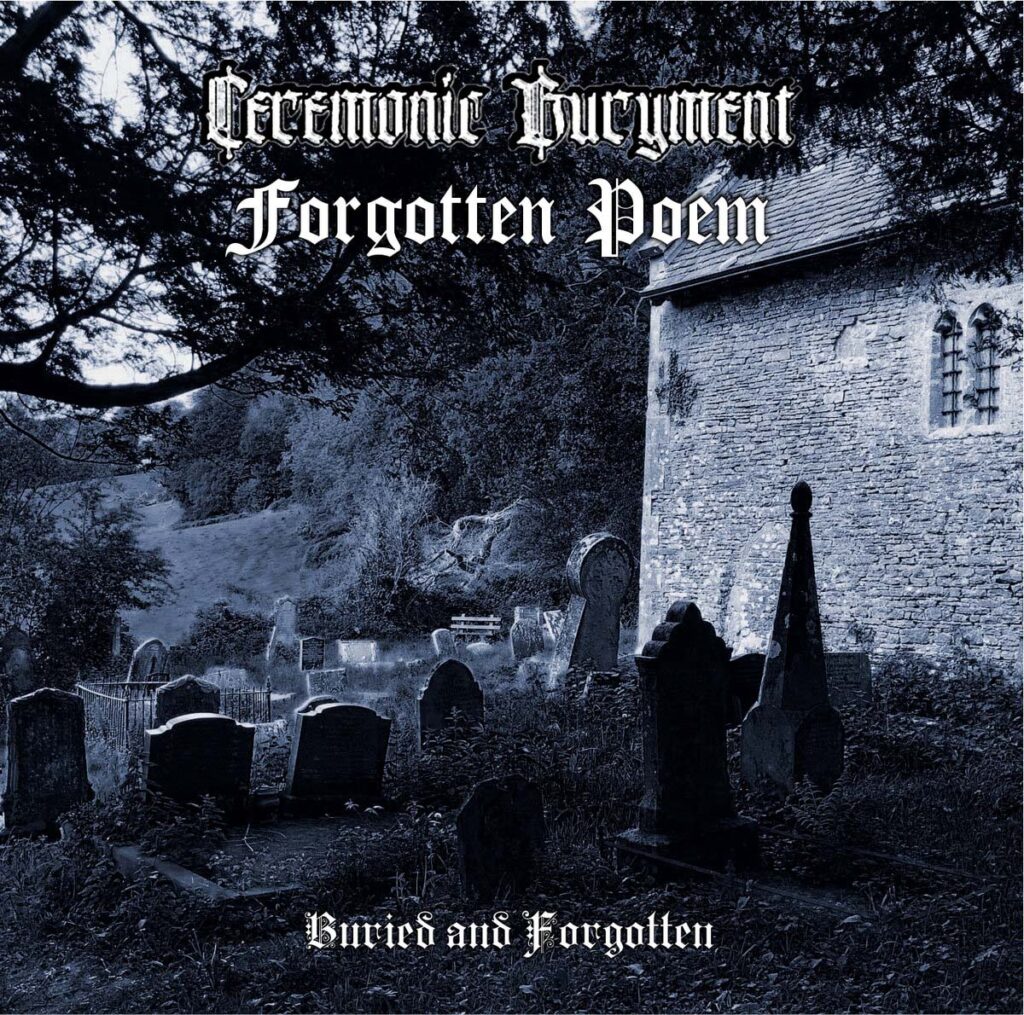 Ceremonic Buryment is an international atmospheric funeral doom project from the United States and Croatia. The songs on this split were meant to be released as their debut EP entitled »Buried To Endure Time«, but the band chose to release it as a part of this split.

Forgotten Poem is a one-man band, formed in 2021 by Lord August (Umbral de Muerte, Argod, Hado), in the Guayaquil – Ecuador, underground metal scene. The music is dense and totally raw, adding an atmosphere of desolation and desperation. Ricardo Brenes (Lake Of Depression, Doomslut, Spirit Of The Deep Waters) contributes with keyboards on these songs. 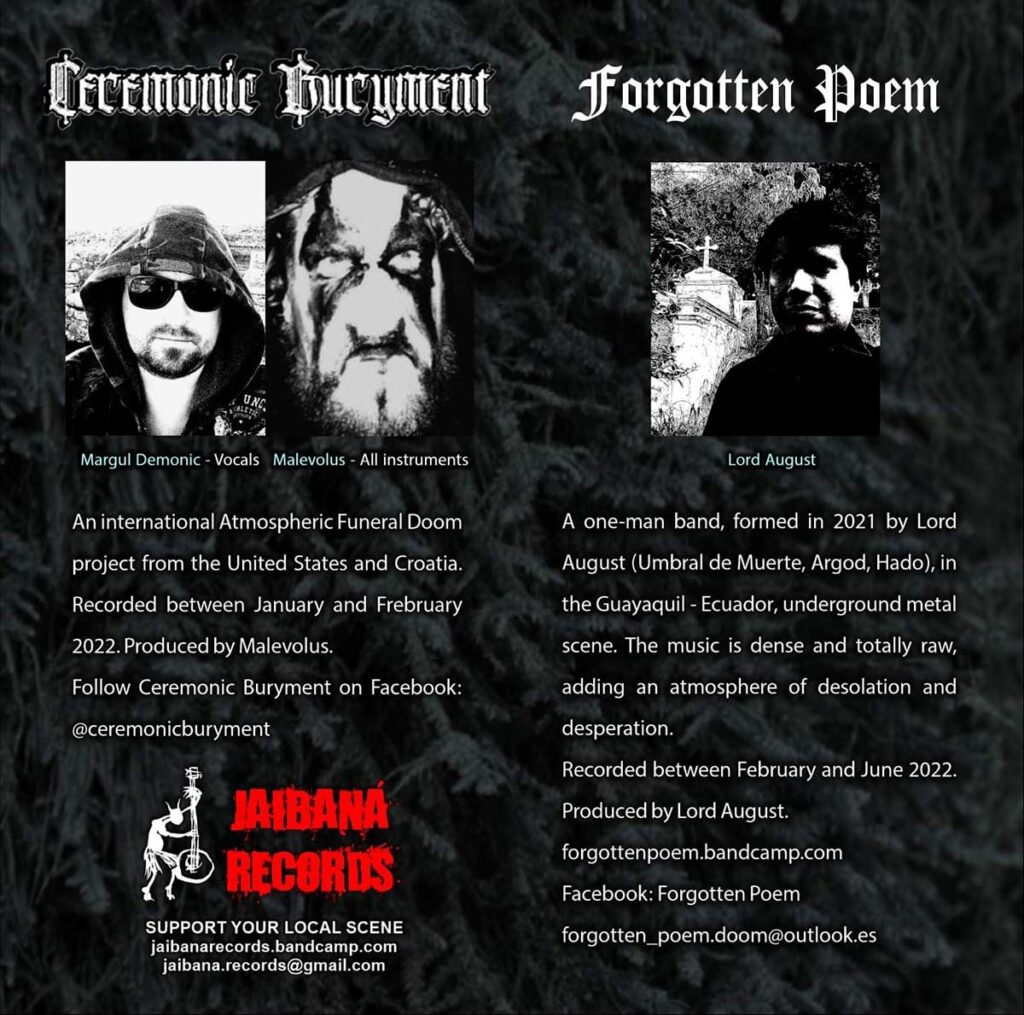