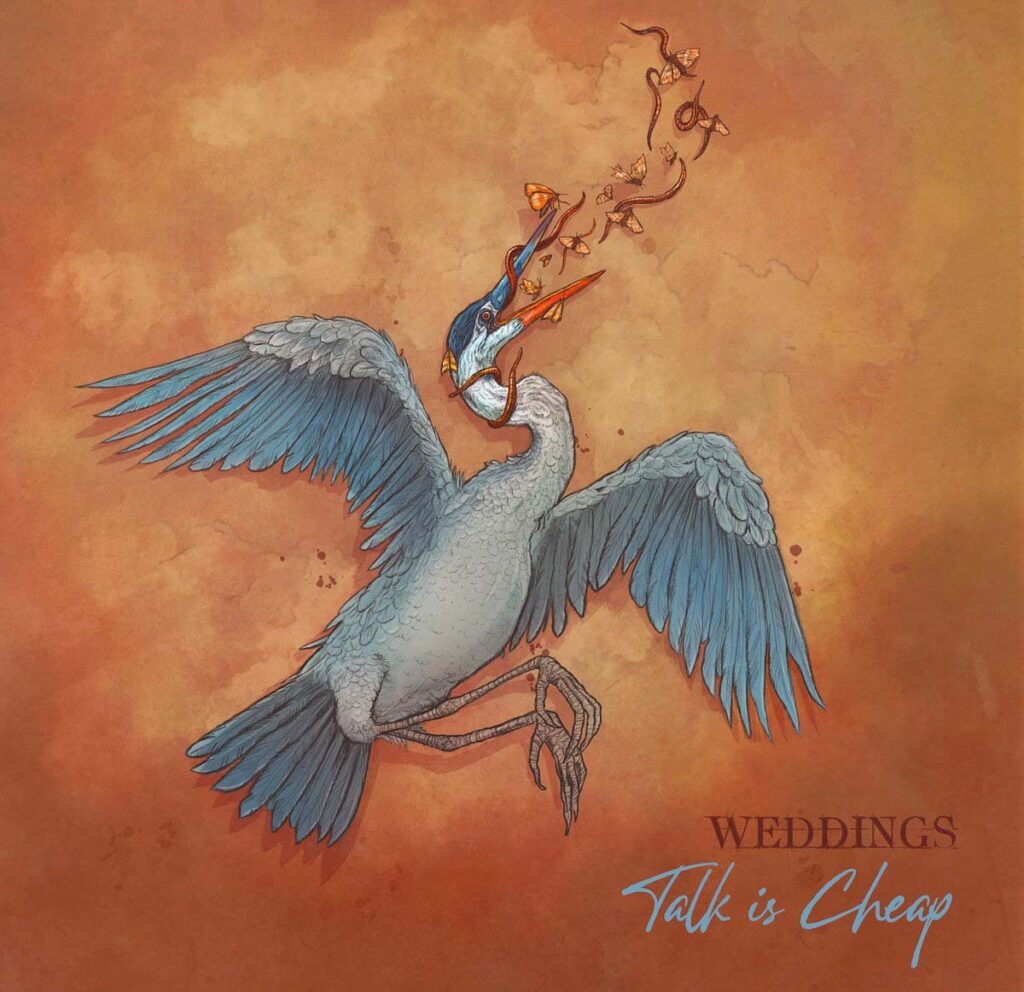 »Talk Is Cheap« is available now on all major streaming platforms.

Weddings is an explosive and moody rock power trio indebted in equal parts to grunge, desert rock, psych rock, punk and doom. The brainchild of Canadian Jay Brown (vocals/guitars), Spaniard Elena Rodriguez (vocals/drums) and Swede Phil Nordling (bass), the band was created in 2017 after the three met while living in Salzburg, Austria. The band members’ cultural differences helped to forge and fuel Weddings’ uniqueness. A mutual love of bands like Queens Of The Stone Age, Black Rebel Motorcycle Club, Monster Magnet and Alice In Chains unified the creative direction.

Weddings’ debut album »Haunt« was released in early 2020 on StoneFree Records. The album showcases all of their strengths – mesmerizing male/female vocal harmonies, powerful riffs, propulsive bass and pounding drums. Weddings then toured Austria, Czech Republic and Germany to support the release, playing alongside other top rock bands like Germany’s Swan Valley Heights and UK soul-psych band Vodun. Weddings were also featured in Germany’s number one music publication Visions Magazine, as well as top rock blogs from around the world like The Obelisk and Fuzzy Cracklins. 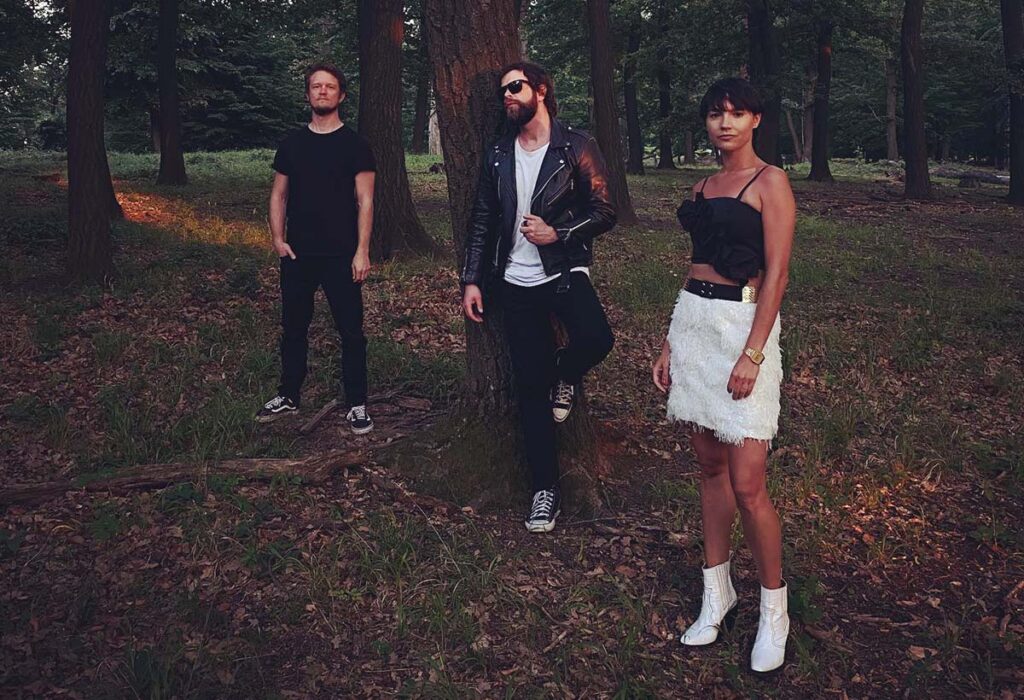 2020 came to a close on a very positive note for Weddings with »Haunt« being named “Album of the Year” in Austria by the number one rock show in the country, House of Pain, on Austria’s top radio station FM4.

Weddings hope to capitalize on this success and will go back into the studio In March/April 2021 to record their second album.