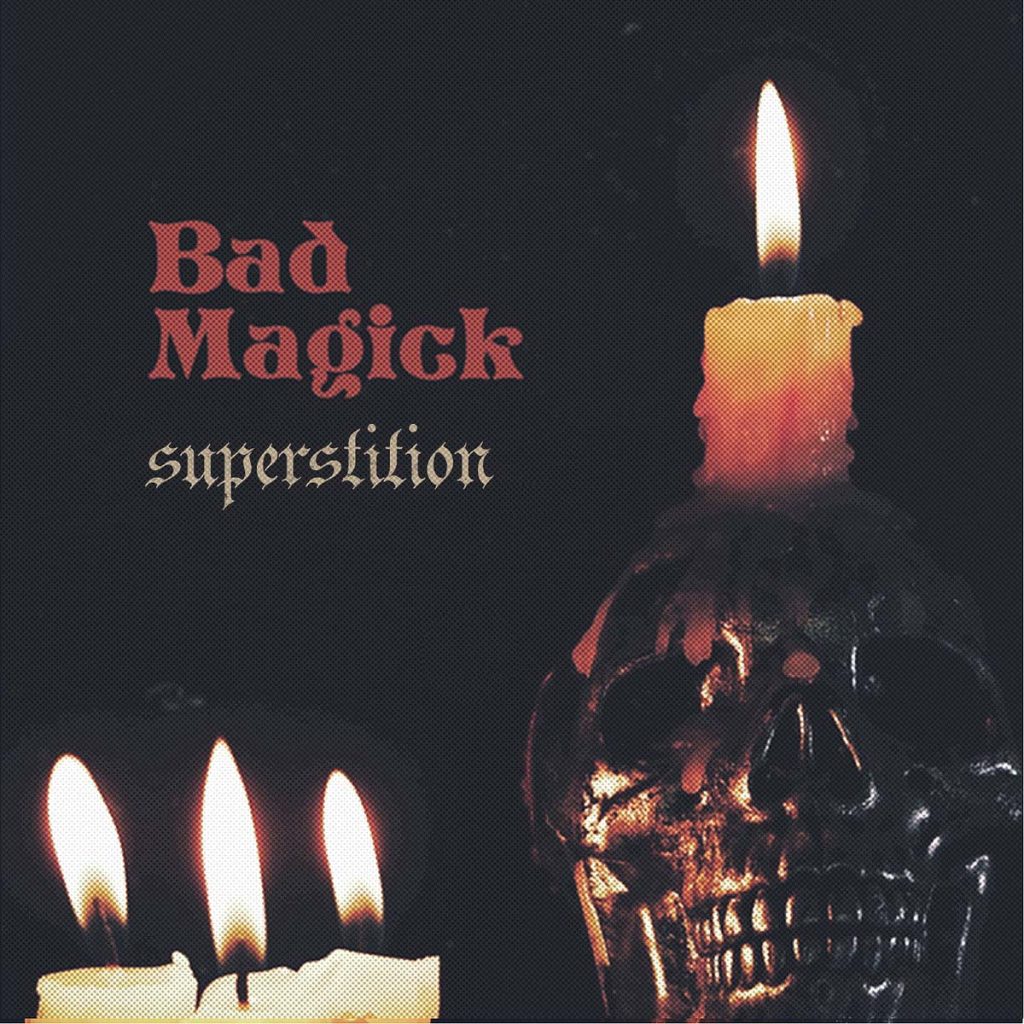 Bad Magick is the new rock’n’roll group emerging from Argentina’s most respected bands and ever-growing rock scene, focusing on late 70s and early 80s classic rock acts such as Blue Öyster Cult. With a taste for the occult and a dash of scandinavian rock Bad Magick’s debut EP Superstition is already making waves in the heavy underground while currently working on a full length that is promising to Rock the world!

Bad Magick members play or have played in the most important bands from Argentina such as Medium, Dragonauta, 42 Decibel, Hërpes, Bad Mothefuckers Club and Dead Rooster.

DHU Records will be releasing the »Superstition« EP on Crystal Clear Lathe Cut 7″ Limited to only 50 copies worldwide!

Pressed once again by our friends at Royal Mint Records.

(PLEASE NOTE: Lathe cut records are cut manually, meaning the drop of the cutting needle is done by hand. They are time consuming to make, which limits the size of the run.)