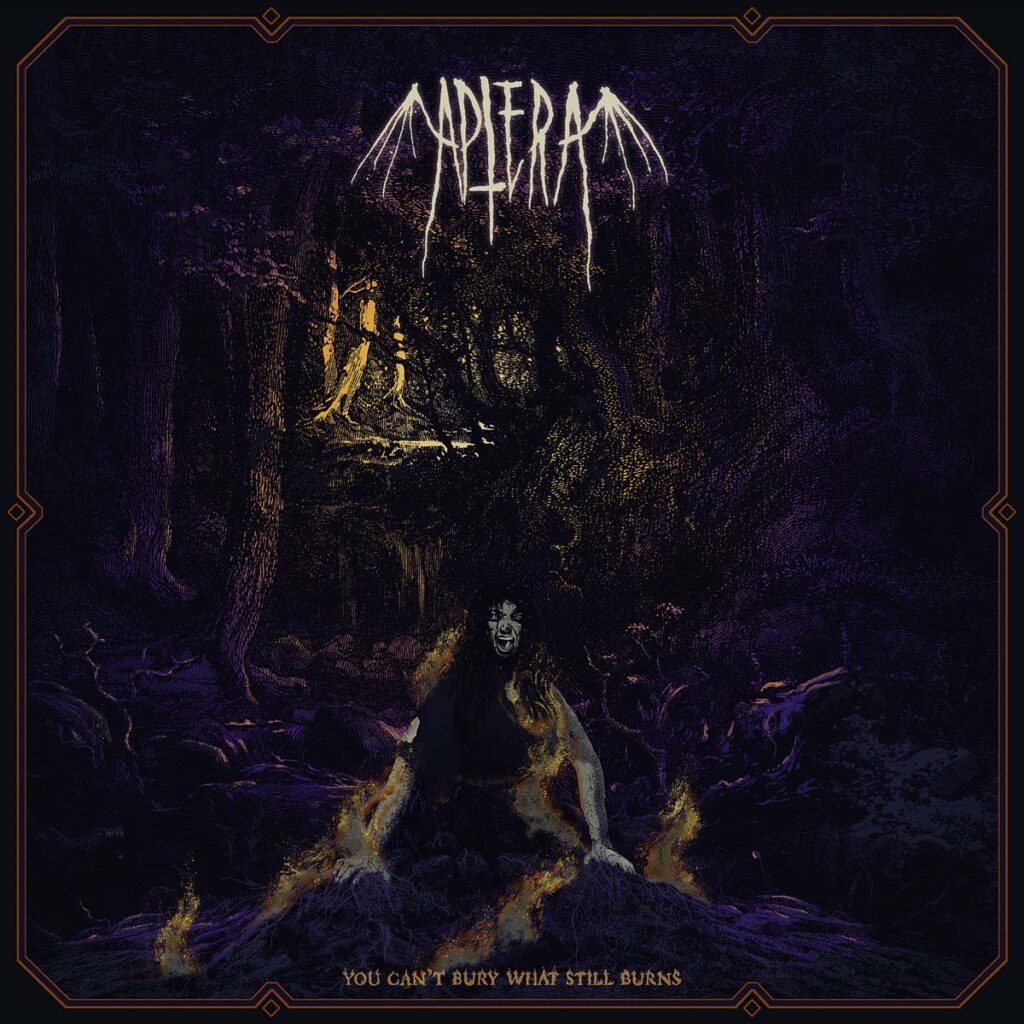 »You Can’t Bury What Still Burns« will be released this Friday, June 17th, 2022 via Ripple Music.

Berlin’s genre-bending metal unit Aptera premiere their ear-shattering debut album »You Can’t Bury What Still Burns« in its entirety over at No Clean Singing, ahead of its worldwide release this Friday 17th June on Ripple Music.

“An impressive and cathartic experience.” – No Clean Singing

“An album that is punchy, full of attitude and… bloody brilliant!” – The Razor’s Edge 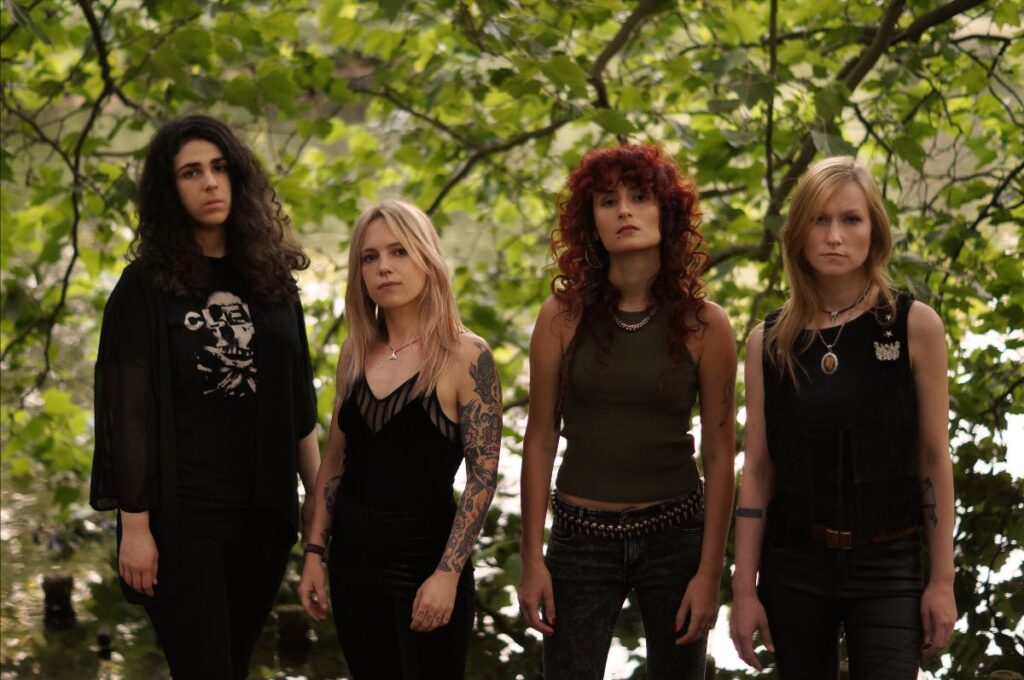 Influenced by 70s rock, 80s metal, and contemporary acts like L7, Neurosis, Mastodon or Electric Wizard, their sound is both deafening and melodic, with unexpected tempo changes and transitions fiercely bringing the listener from stoner to punk realms in no time. Their debut album »You Can’t Bury What Still Burns« was recorded, mixed and mastered by Jan Oberg at Hidden Planet Studio, with artwork by Brokesia Studio.

In Greek mythology, Aptera was the site of the battle between the Sirens and the Muses, where the Sirens lost their wings and were cast into the sea – the Greek word “aptera” literally means “wingless”. The incarnation of Aptera is not one of defeat, but rather a cry of rebellion and of challenging establishments, taking flight and pushing forward despite opposing forces. But this Berlin-based foursome (with members hailing from Italy, Belgium, the US, and Brazil) is less of a contest and more of a raucous party. Aptera sonically revamps this clash with a tasty tornado of doom, sludge, psych, thrash, and classic metal blended with punk. Joining the sirens and muses at the table are a coven of reanimated witch spirits and a gang of man-eating mermaids with a healthy appetite for destruction.