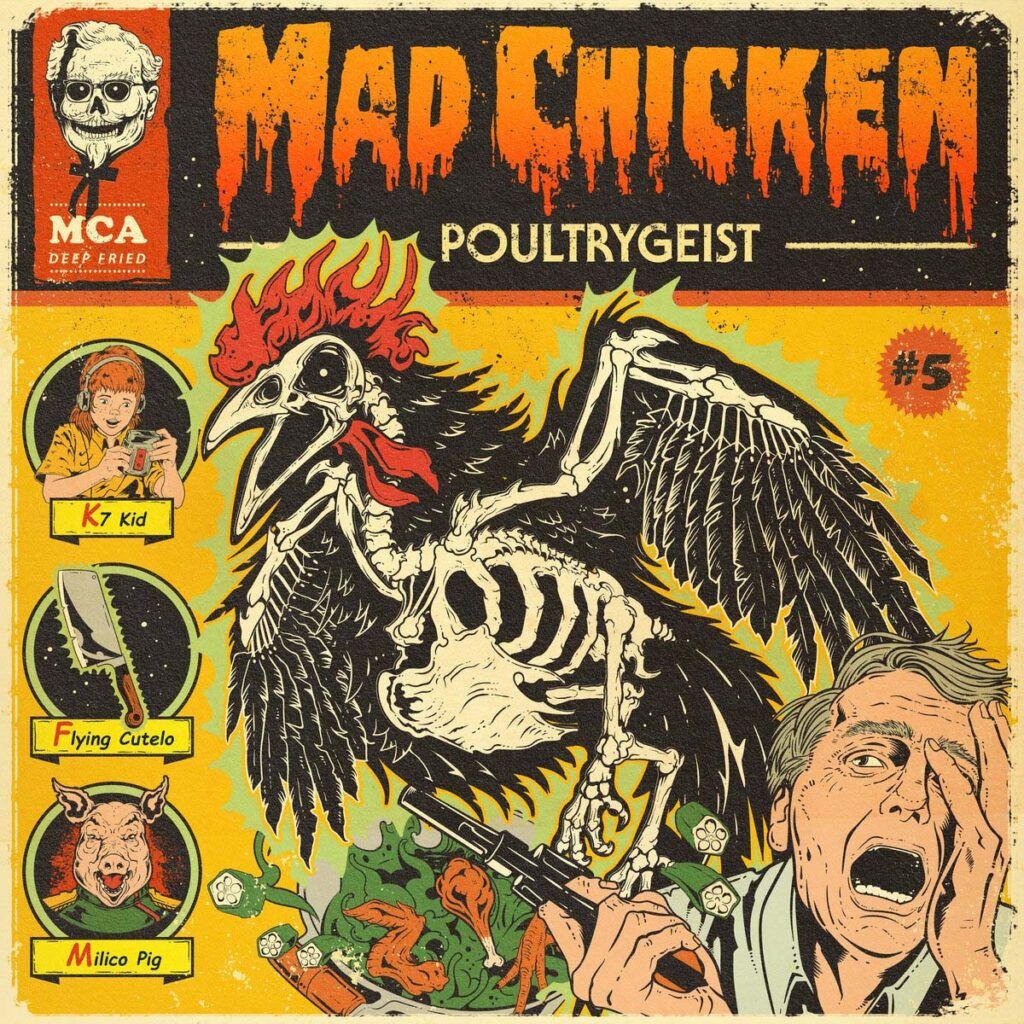 Arcos, Brazil based alternative/grunge/stoner metal outfit Mad Chicken has unleashed their new EP, »Poultrygeist«, out on September 2nd, 2022 via Abraxas and Limestone Records.

»Poultrygeist« is available now on all streaming platforms!

With 5 unreleased tracks in just over 30 minutes, the album was recorded and mixed in 3 days in a totally analog way with producer Lisciel Franco at ForestLab Studio in Paty do Alferes/RJ, between April 15 and 17, 2022.

The songs had already been produced by the band since 2021, after the release of the latest album »Chicken of the Grave« on May 27, 2021. In June 2021 they lost their friend and guitarist, Michel “Miojjo” Custódio, who was also responsible for mixing »Chicken Of The Grave«. Miojjo passed away from complications from Covid-19, having fallen ill before the 1st dose of the vaccine was available to him. The opening track of the new album, »Mike’s In Da House«, in addition to having the main riff written by Michel himself, is a tribute to him and registers in music the nostalgia and anger they feel with this early departure and avoidable he had. For the dedication and immeasurable contribution he has made to the band since joining in 2016, and even before becoming a member, the rest of the band decided to move forward to continue making new sound and honoring everything he has done together with them. 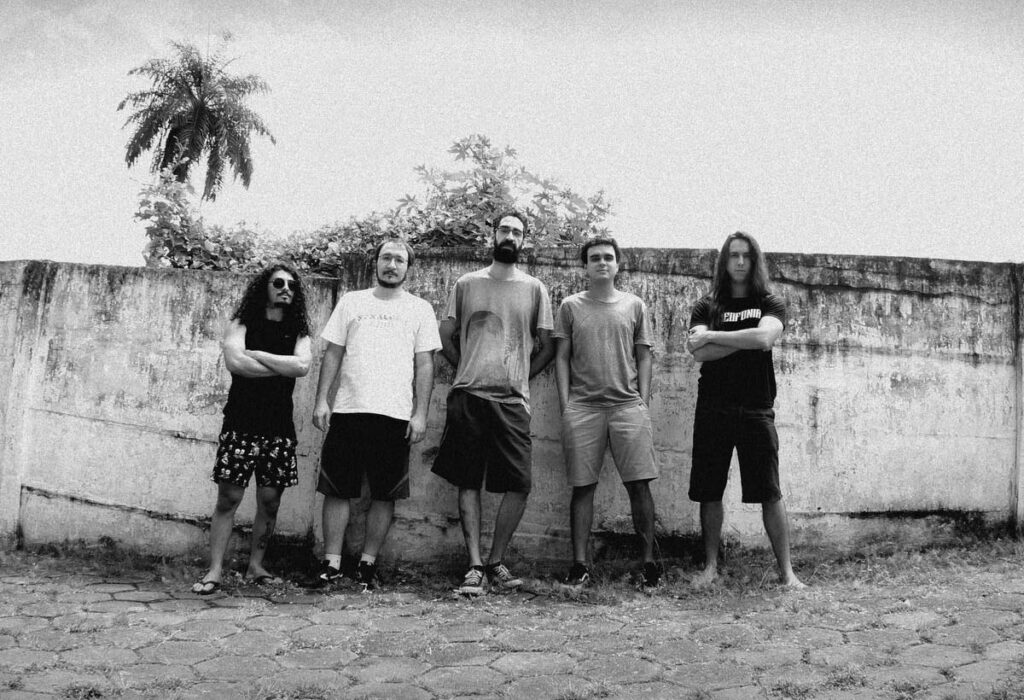 As of September 2021, the band had a long-time friend Carlos Macarrão who took over the second guitar, a great guitarist from Arco who has already brought his contributions in the process of creating the songs and made his first record with the band on this album.

Music by Mad Chicken.
Lyrics by Filipe Xavier.
The main riff on »Mike’s In Da House« was written by Michel Custódio.
Recorded between April 15 and 17, 2022 (Paty do Alferes, RJ, Brazil).
Analog recording and mixing by Lisciel Franco at ForestLab Studio.
Art by Shiron The Iron.