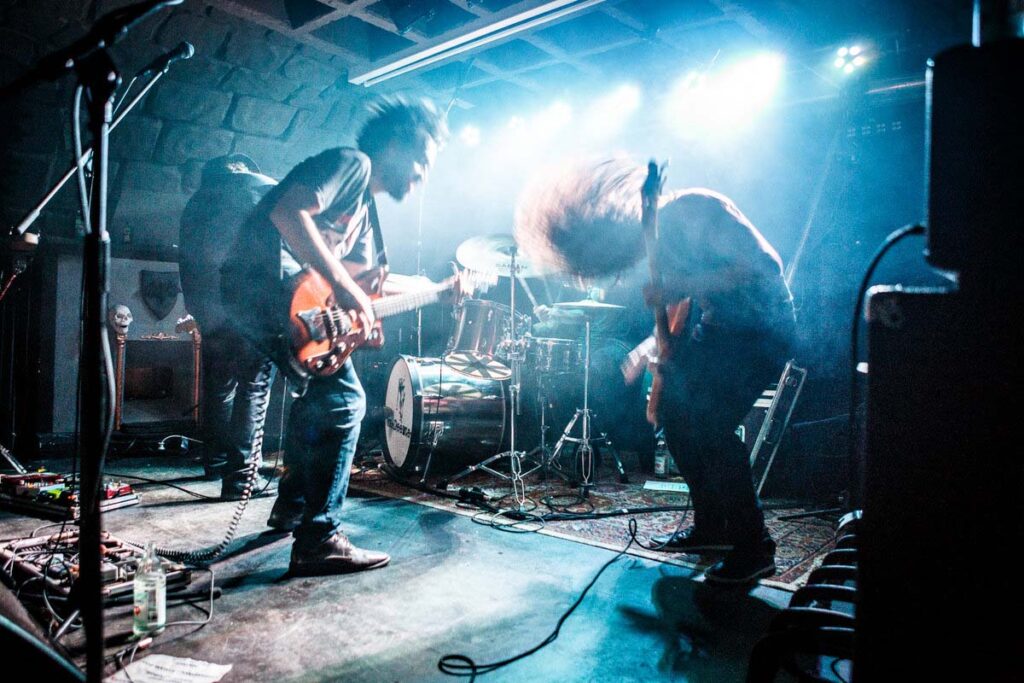 Brazilian retro rockers Stone House On Fire have unveiled a brand new music video for the track »Uzumaki« taken from their latest album, »Time Is A Razor«, which was released on January 28th, 2022 via Electric Valley Records.

“Uzumaki” is a spiral. Cycles that keep your mind spinning around, gravitating to a rotten center, hipnotized and dragged to our own decadence, continuously exposed from insided out with no bottom to reach.

Visualy, the graphic reference was too obvious for the spirals we may get into. The raw, black and white, repetitive and broken is there. The successive cuts on the music video of how this whirlpool happens in the making of a performance, multiple performances. The increasing tempo, the subtle changes carrying you until you are fully drifting on that tide of events and thoughts on an increasingle mind bending journey.

Stone House on Fire can be described as a brazilian late 60’s/early 70’s throwback rock band with unique contemporary twists. The band creates its identity by mixing heavy psychedelic elements, latin spices with the classic fuzzy guitars, some blues and live jam performances reminiscent of Cream, Os Mutantes, Blue Cheer, Graveyard and The Flying Eyes – an homage to old and new influences with no fear to explore new atmospheres, and make new combinations. Stone House On Fire captures the feeling of a familiar, nostalgic place with a whole new flavor added to it, resulting in a visceral, energic sound.