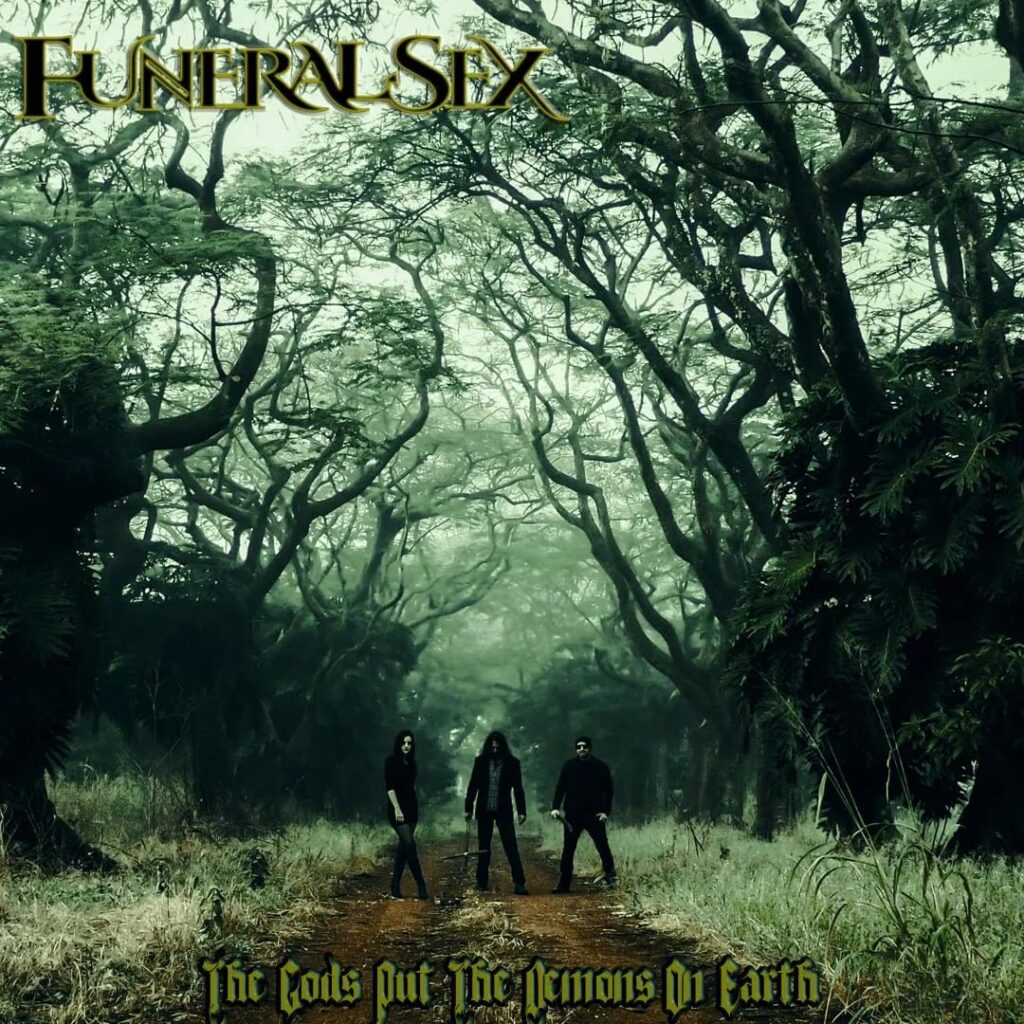 Brazilian alternative stoner rock trio Funeral Sex return with their sophomore album, »The Gods Put The Demons On Earth«, which was released on March 25th, 2022 via Heavy Metal Rock Records on CD and is available now on all major streaming platforms through Abraxas Records.

»The Gods Put The Demons On Earth« is the second album by Brazilian stoner rock band Funeral Sex featuring vocalist and guitarist Vladmir Matheus from Mordeth. Released nationally in 2022 by the Heavy Metal Rock Records label.

Funeral Sex is a stoner rock band with its own characteristics, with influences from 70’s bands, but with a more modern feel. Their first album »Sex, Demons And Rock’N’Roll« (2015) contains 9 original songs in addition to the EP »Adoradores de Sangue« (2016) with 4 songs in Portuguese version. 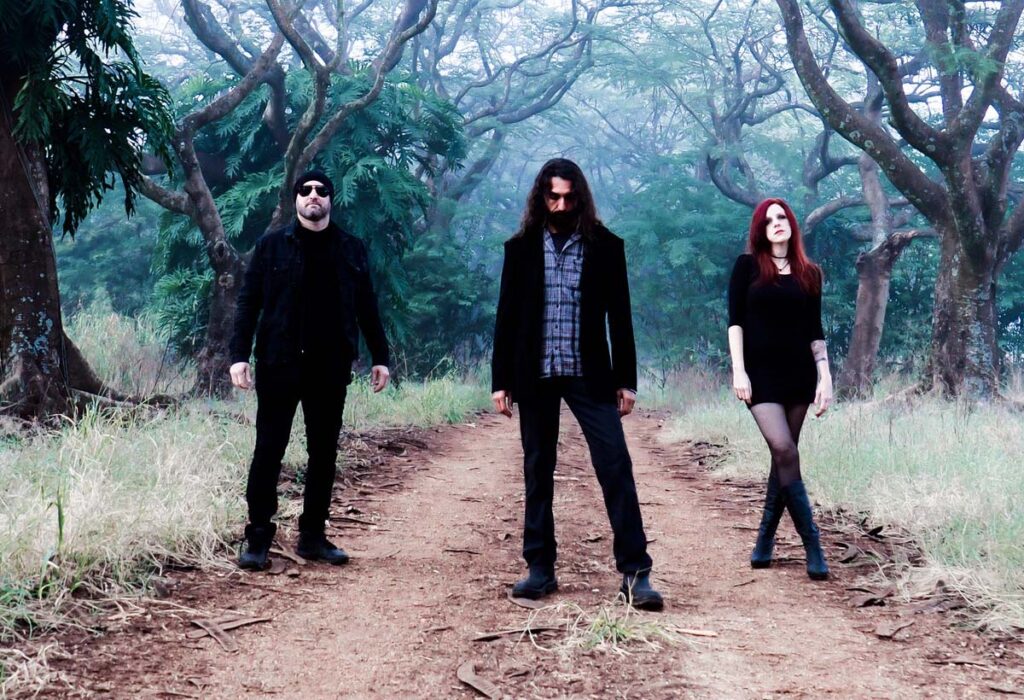 The power trio was formed in 2013 in Rio Claro in the state of São Paulo, Brazil.