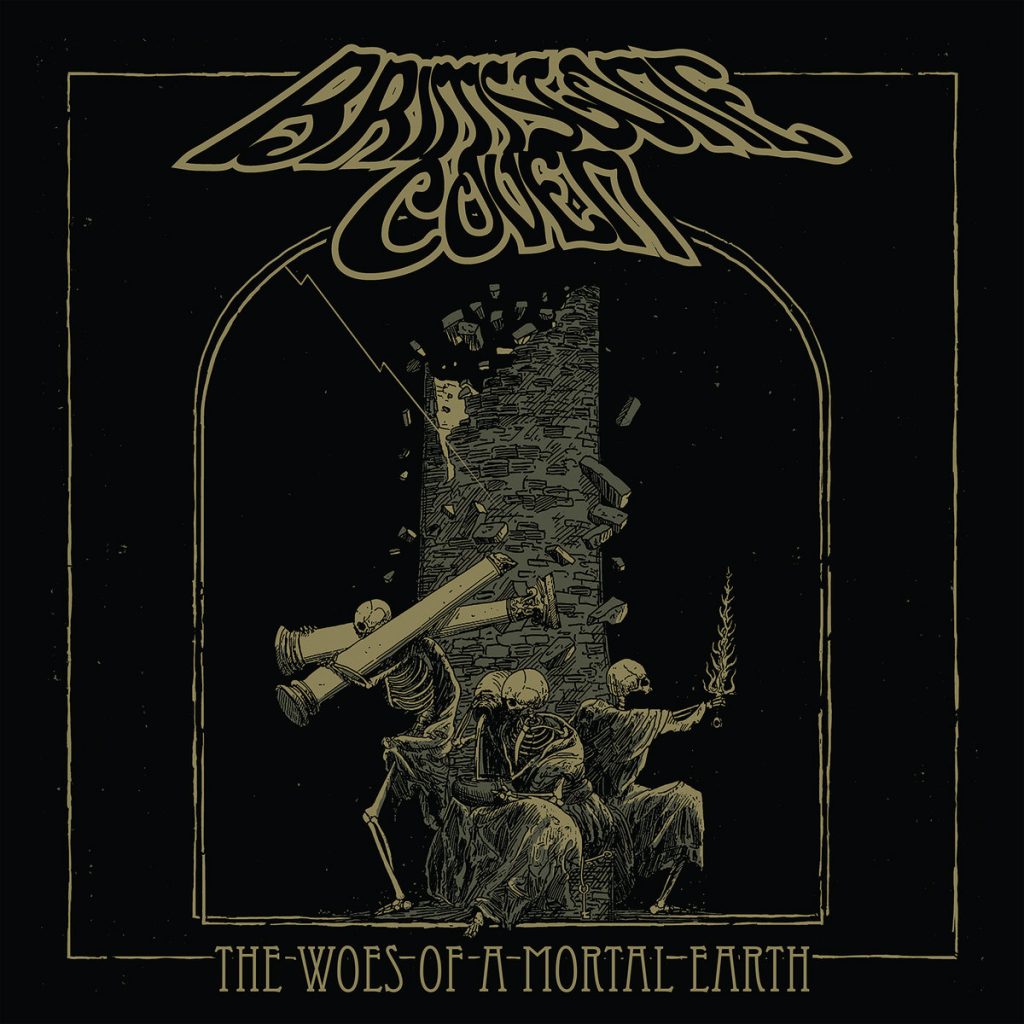 Brimstone Coven premiere a lyrics video for the second single »When The World Is Gone« from their upcoming new album, »The Woes Of A Mortal Earth«, set to release on August 21st, 2020 via Ripple Music.

Ripple Music founder Todd Severin comments: “I’ve known Brimstone Coven for years, bought all their albums, followed their career. So, needless to say I was thrilled when the band contacted me asking to join the Ripple Family. Their brand of heavy fits right in with the Ripple sound; massive and groovy. Can’t wait to present their new album to our listeners!”

Echoing the eerie reverberations of hard rock heavyweights like Black Sabbath and Pentagram mixed with the classic rock style of Led Zeppelin and Pink Floyd, Brimstone Coven has created a vintage sound and style all their own. Hailing from eastern Ohio, the band was conceptualized by vocalist/guitarist/songwriter Corey Roth in 2011. Corey recruited John Williams (vocals), Andrew D’Cagna (bass) and Justin Wood (drums) to complete the lineup.

A five song EP was self-released in 2012, followed by a full length in 2013. 2014 saw the band signing a two-album deal with veteran underground label Metal Blade Records. The first two recordings were repackaged and released under Metal Blade as one album, followed by the album »Black Magic« in early 2016. 2017 proved to be a transitional year for Brimstone Coven. The band parted ways with Metal Blade, as well as original vocalist John and drummer Justin. Dave Trik joined soon after to take over drumming duties and the band collectively decided to forge on as a trio. New songs were penned and the album »What Was And What Shall Be« was released independently in 2018. Fans responded very positively to the lineup change and new material. Three successful US tours to promote the album soon followed, covering the Northeast, Midwest and Southern states.

The rest of 2019 was spent honing a new batch of songs and the band entered the studio in early 2020. The result would prove to be Brimstone Coven’s darkest sounding album to date, entitled »The Woes Of A Mortal Earth«. The new year also saw the trio signing a new deal with the venerable label Ripple Music. Despite the foreboding atmosphere of their new album, the future of Brimstone Coven has never looked so bright.