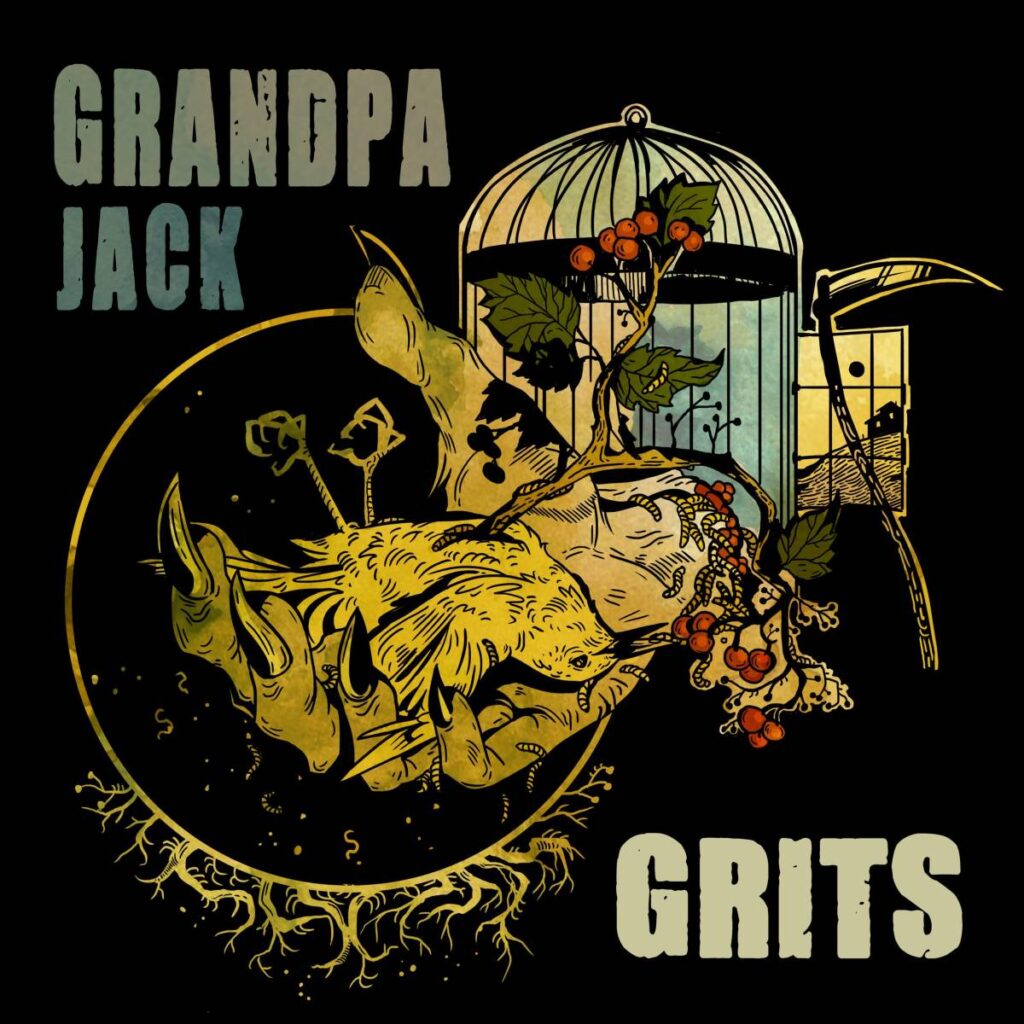 Says the band: “»Grits« is officially out on all streaming services and available for purchase on Bandcamp and at Lost Moon Records!!! This album is the first time we’ve had the chance to really capture our live jam vibes on record and we’re super proud of how it came out – if you’ve ever been to one of our shows, you’ll know what we mean and we hope you love it.”

Performed and recorded by Grandpa Jack with the help of Stephen Mason.
Mixed by Matt Labozza.
Mastered by Brad Boatright at Audiosiege.

What happens when you lock three Brooklyn grunge veterans in a remote upstate New York cabin with no running water, an endless supply of beer and access to the best recording equipment you can find? A fuzzed-out doom rock masterpiece, apparently.

“Once the bodily stink started to set in, we knew we were onto some saucy stuff,” says lead guitarist John Strom of the recording process. “Every aspect had a play on the product and »Grits« is a result that we are all very proud of.”

The album, recorded over the course of a week at Sonder House recording studio in Saugerties, New York, features much of the same heavy riff work, fuzzed out tones and dark lyrics that fans of the band have grown to love since they first formed in 2016. 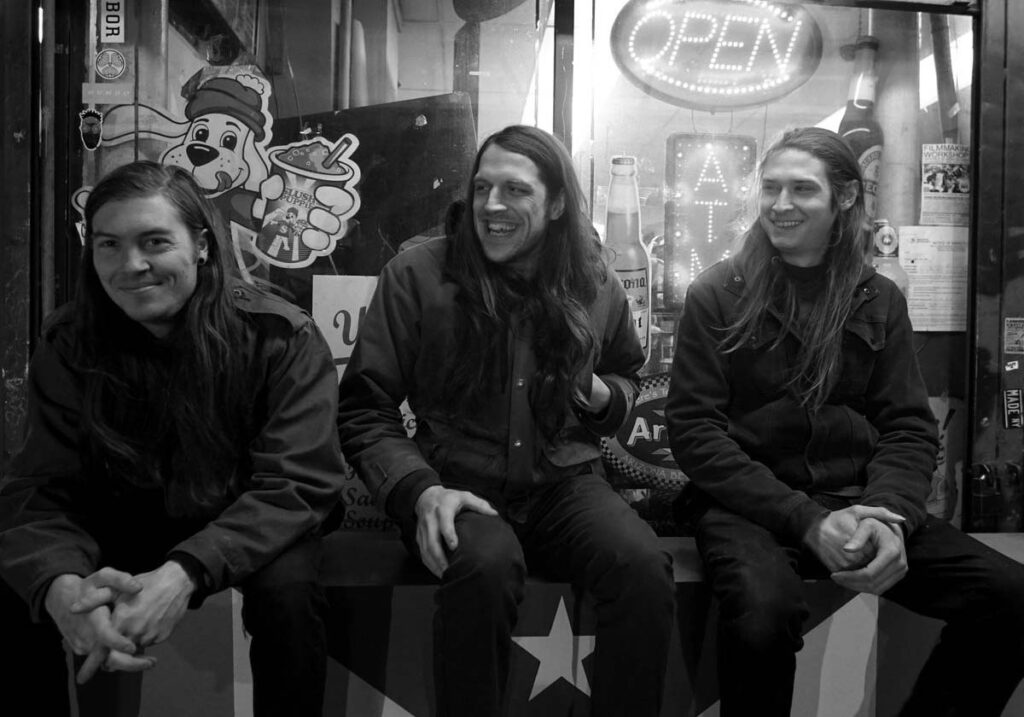 To kick things off, the group will release the album’s debut single »Once Bitten« on June 23. Featuring energetic vocals and a heavy drum beat, »Once Bitten« centers around the feeling of being aware when someone in your life has bad intentions.

“I think Johnny, Jared and myself were all pulling from specific life experiences, but didn’t really discuss details,” says Matt C. White on the idea behind the track. “It was more of a shared vibe that we’ve all met people like that and we all sing gang vocals on the choruses to sort of drive that idea home.”