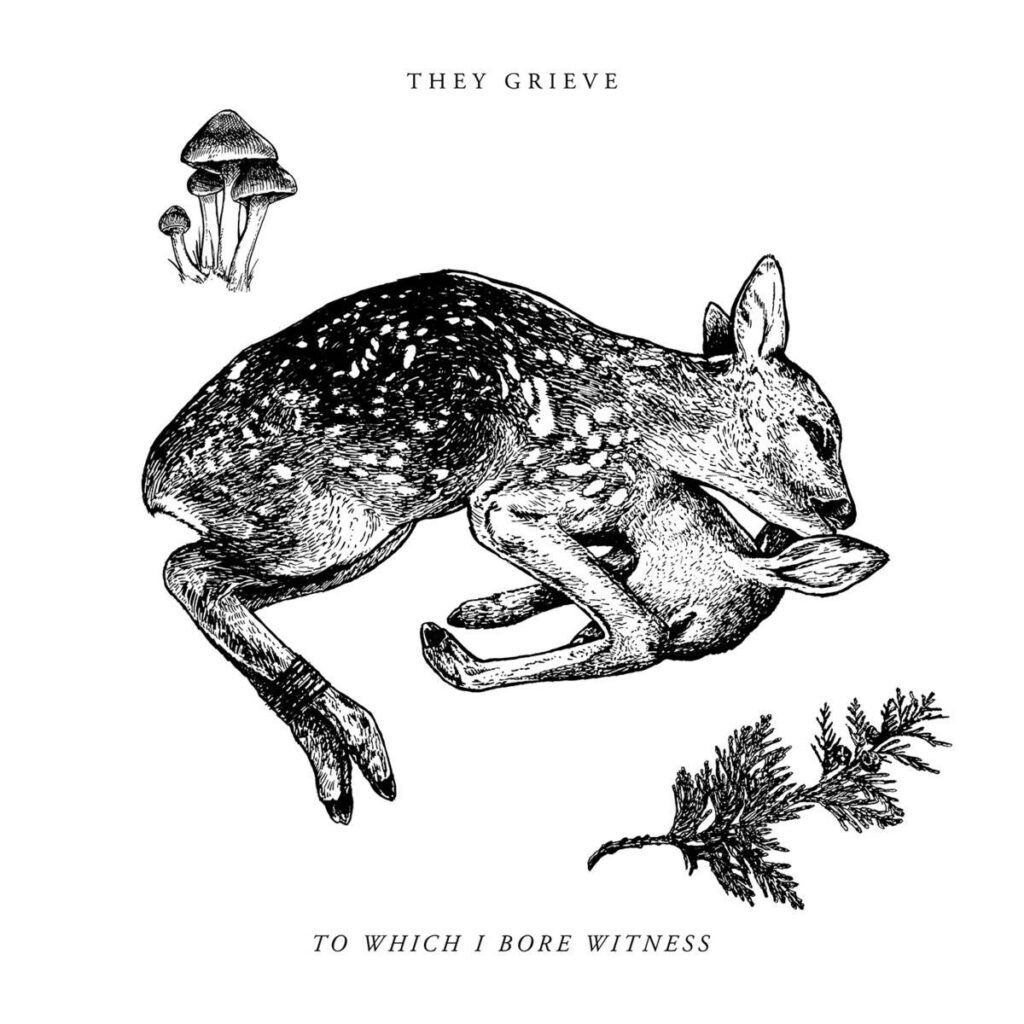 Canadian ambient drone/post-metal duo They Grieve featuring former members of Alaskan and Stay Here release a music video for the title track of their debut album »To Which I Bore Witness«, out on February 24th, 2023 via Silent Pendulum Records.

Darkness and despair await within the forthcoming album »To Which I Bore Witness« from Canada’s They Grieve. Each part of this release is very intentional and well thought out, from the music to the artwork, to the liner notes, and is intended to be listened to as a whole. The band has just released the title track as a single and offers it to post-metal fans to sit with, to be surrounded by the album’s sadness, and find comfort and kinship within. They share the details about the track.

“Although this is the title track of our new album, it was one of the last songs we wrote. We had spent well over two years writing and re-writing nearly every other song on the album. At that point, we felt like we really started understanding what makes us sound like ‘us’, so this song came together seamlessly. Lyrically, we have always written one single piece to be split up and used for the entire album. »To Which I Bore Witness« is no different. The lyrics come directly from conversations we have as friends – more than a band, They Grieve is a space where we both can be vulnerable and open with each other about our experiences of grief, loss, and weakness in ways we simply can’t with other people.” 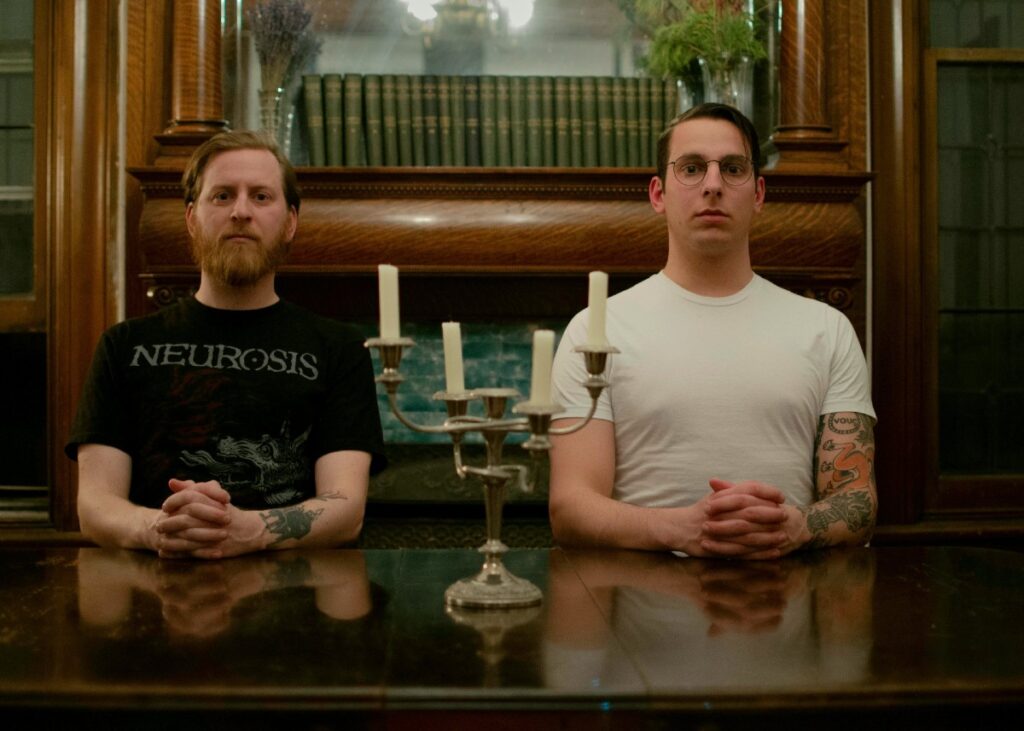 Watch and listen to the video for »To Which I Bore Witness« via its premiere on No Clean Singing HERE.

During the years that the duo of They Grieve spent writing this album, they had many conversations about succumbing to depression—about how the ugliness and trauma they see in the world sets itself to work inside of them as individuals, plants its roots, and decays from without to within. The band is Gary Thibert on guitars, bass, and vocals along with Deniz Güvenç on drums, synthesizers, piano, and vocals. They both contribute equally to the writing process to lean into their strengths. This record came together slowly, and through the process of writing and experimentation with the tone, harmony, and layers of effects, they narrowed their focus and found what really spoke to them.

Self-described as ‘post-metal meets ambient drone’, they are recommended for fans of Cult Of Luna, Bell Witch, and Thou. The album was produced by Topon Das (Fuck The Facts) at Apartment 2 Studio along with mastering done by Dave Williams at Eight Floors Above and additional tracks recorded by Alex Jakimczuk at Uppercut Studios. The Album artwork was done by Pascale Arpin.

It can now be pre-ordered with a release date of February 24, 2023, via Silent Pendulum Records. 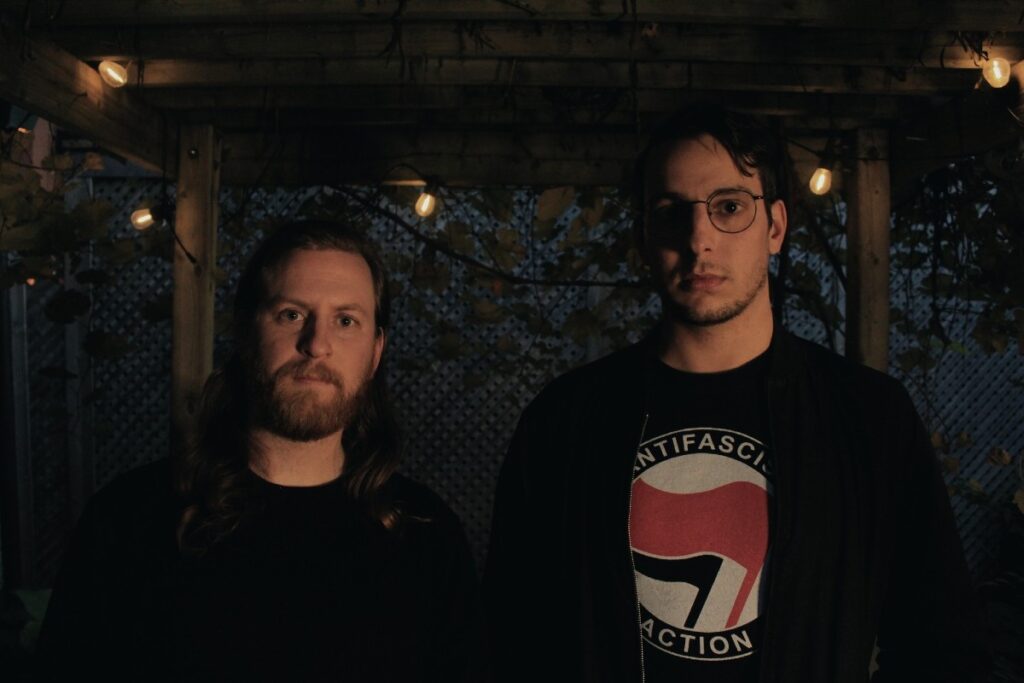 About: They Grieve is a two-piece doom, drone, and post-metal band based in Ottawa, Canada. Drawing influence from both minimalist ambient music and down-tempo metal, they blend warm synthesizers, electronics, and lofty guitar drones into mournful hymns and monolithic dirges with urgency, tension, and weight.

Members Gary Thibert and Deniz Güvenç formed They Grieve in 2015 with the intent to experiment with new forms and processes for songwriting, collaboration, and improvisation. Their first EP, »I Made My Sacrifice Accordingly«, was self-recorded and self-released in late 2016. In 2018, it was re-released with an added bonus track and accompanying music video through Transcending Records.

They Grieve are set to release their first full-length album entitled »To Which I Bore Witness«. Recorded at Apartment 2 with Topon Das of Fuck The Facts, this album presents a marked change in the band’s sound. Moving away from the harsh-noise influence on their first album, »To Which I Bore Witness« unveils a much more refined approach to texture and atmosphere while simultaneously shifting to a slower, heavier pace.

Employing a nuanced sense of harmony, the result is an emotional, dynamic, and doom-laden take on post-metal.