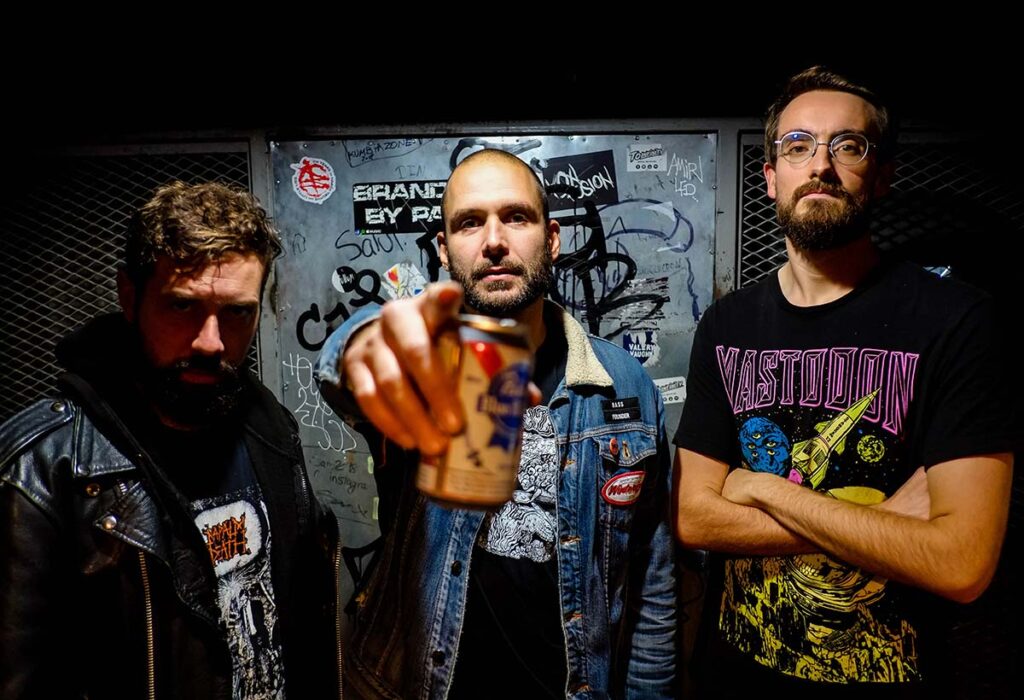 Seum, the Montreal bass-only sludge band, will travel to Europe for the first time to promote their newly released »Blueberry Cash« EP during the Blueberry Tour from June 16th to June 20th. Catch them in France:

June 16th: Paris at the Backstage by the Mill with ASG [Info]

The EP is made of 2 songs written during the »Winterized« writing sessions (»Blueberry Cash« and »John Flag«) and a cover of Gaspard’s former band Lord Humungus (»Hairy Muff«).

The band took this EP as an opportunity to collaborate for the first time with someone from the outside (the band used to produce all its releases): Greg Dawson from BWC Studios (Sons Of Otis, Panzerfaust) did an amazing job on the mix and mastering while the Malaysian Grindcore artist Fadzee Tussock took care of the artwork