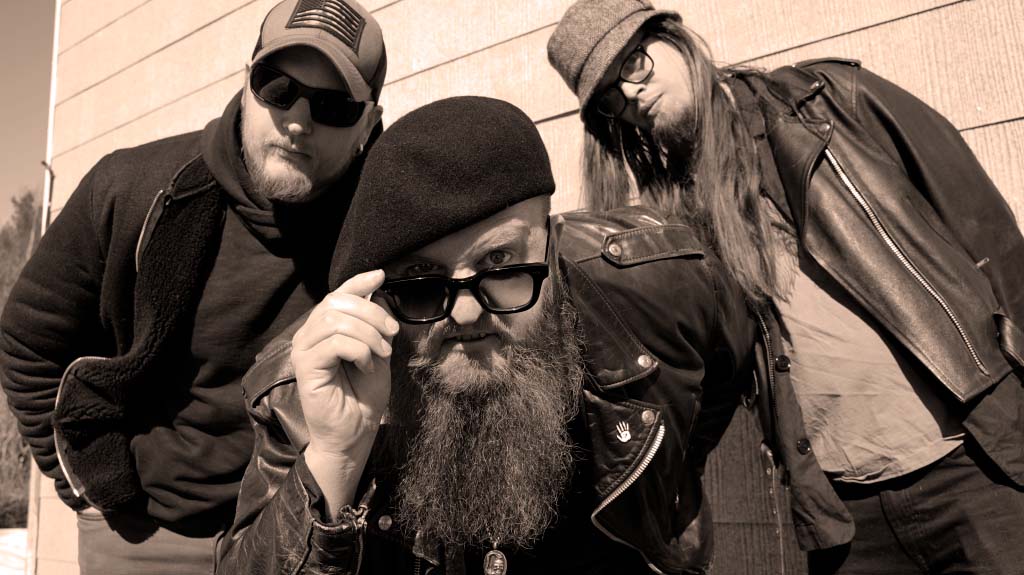 Swedish doom metal trio Cavern Deep released the next chapter in their video series. »Fungal Realm« is the seventh lyric video from their self-titled debut concept album, out on July 23rd, 2021 via Interstellar Smoke Records.

Doom act Cavern Deep release the next chapter in their video series – »Fungal Realm«. The video recently premiered via The Obelisk.

Cavern Deep releases the 7th lyric video in the process of releasing an entire long concept video for their debut self-titled album.

»Fungal Realm« is the 7th song on the Cavern Deep concept album released on Interstellar Smoke Records worldwide on vinyl and digital distribution the 23rd of July 2021.

The songs synopsis is as follows:
“I am alone.. Traitors! They could not endure..Out of sight.. Engulfed.. I am abandoned.. The spores burn..
Burn my lungs. The pulsating mass is limitless.. layers of layers..
The triangular gate.. The bridge.. I can see it.. I must reach it! Before this horrid, rotting organism takes hold of my mind completely..”