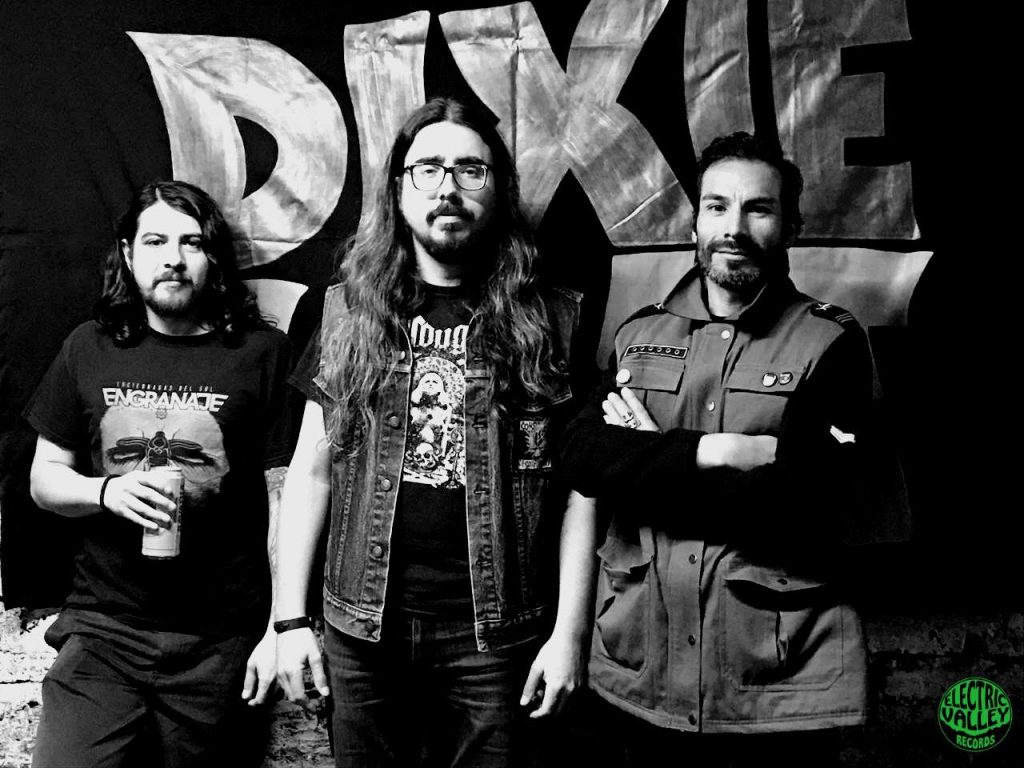 Says the band: “Attention people! We are stoked to announce that we have a deal with the great Electric Valley Records. Stay tuned!”

Dixie Goat was born in Santiago, Chile in 2012, founded by guitarist/vocalist Nikk Beer and drummer Seb Martinez. The power trio describes their music as a doomy hard rock with stoner vibes. Since July 2013, the band has shared the stage with Mondo Generator (USA), Ancestro (Perú), Montaña Eléctrica (Argentina) and including some greats from the local scene, such as Yajaira, Hielo Negro, Tabernarios, Icarus Gasoline and Devil Presley, as well as others on the rise such as El Gran Temor, Arteaga, De Piedra, Demonauta, Wild Parade, Nueve Círculos, Diessel, Der Golem, Abisal, Artilleria, to name but a few.