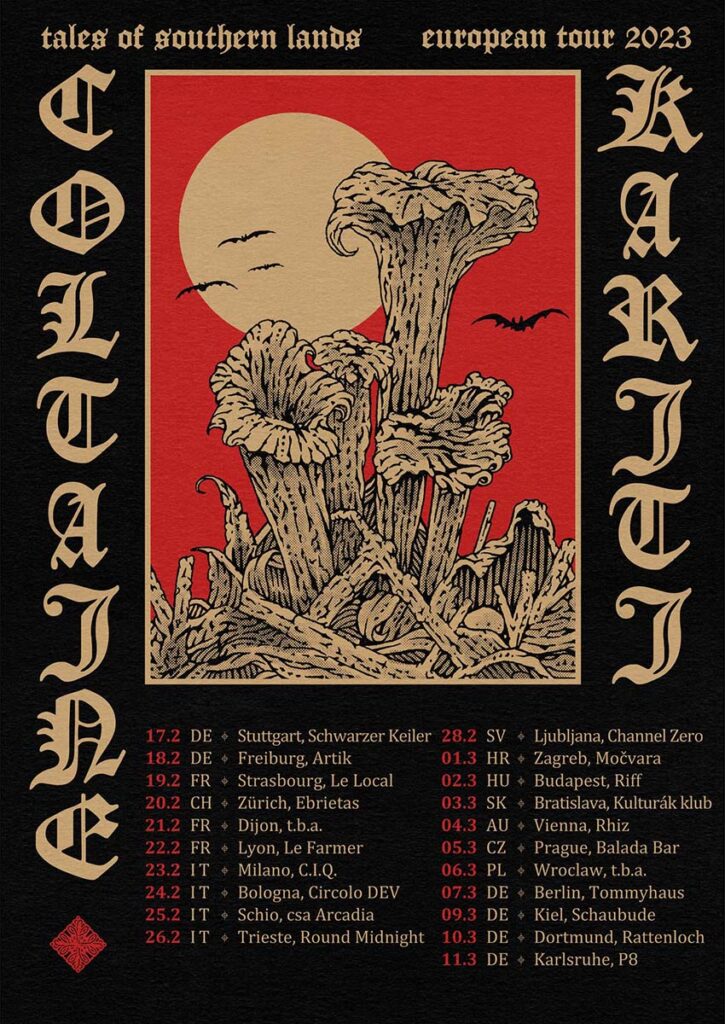 Coltaine and kariti have just announced »Tales Of Southern Lands« European tour 2023. They will be back on the road for a massive 3 weeks tour in February/March next year.

“We’ve had such a blast touring together in September that we decided to go on an even greater adventure. We look forward to meeting each and every one of you on the road! Both bands will be bringing new songs, never heard before neither live nor on record. Considering everything that has been going on in the world, we feel extremely lucky to be able to tour for 3 week, playing over 20 shows in 11 different countries all over Europe. Come hang with us, we cannot wait!” — Benedikt (Coltaine) + Katja (kariti) 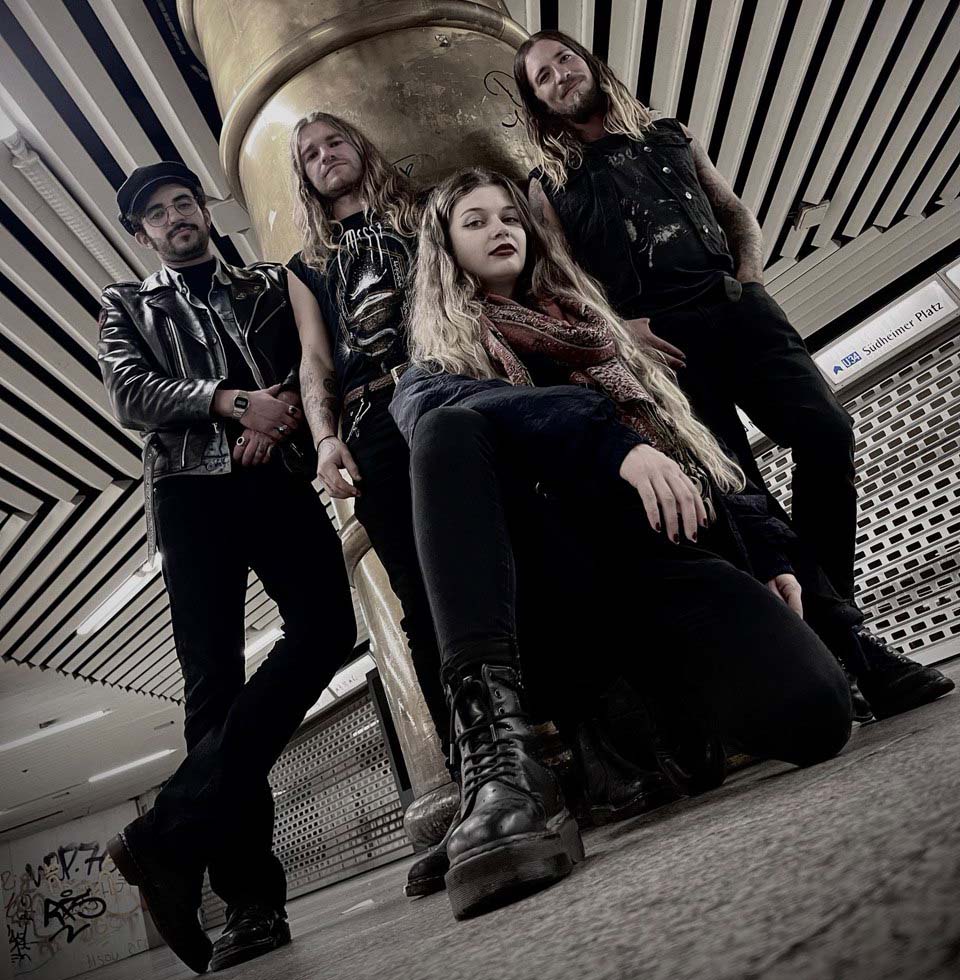 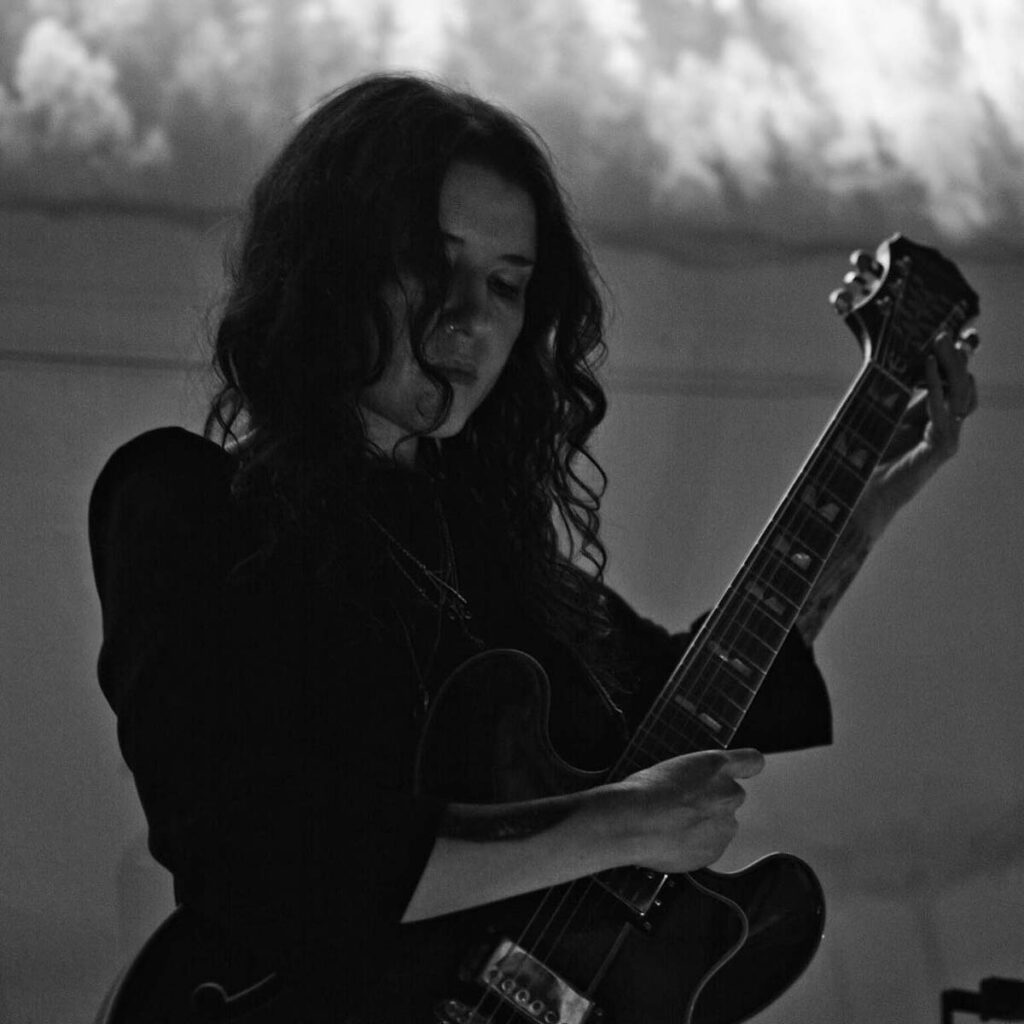 карити (kariti) – (‘mourn the dead’ in church Slavonic, an antique Slavic liturgical language) is a Russian born artist based in Italy. Her debut »Covered Mirrors« was released on September 18, 2020 by the Italian label Aural Music and represents a cathartic peregrination through bereavement.

Music for »The Baptism Of A Witch« is inspired by an antique Russian folk song about reincarnation »Razlilas rechka bystraya«. Lyrics for »Anna« are a loose translation of Anna Akhmatova’s poem »Requiem: To Death«. Intro is a mix of traditional Russian funeral singing.

Recommended for those who enjoy dark, somber atmospheres with profound lyrical content.