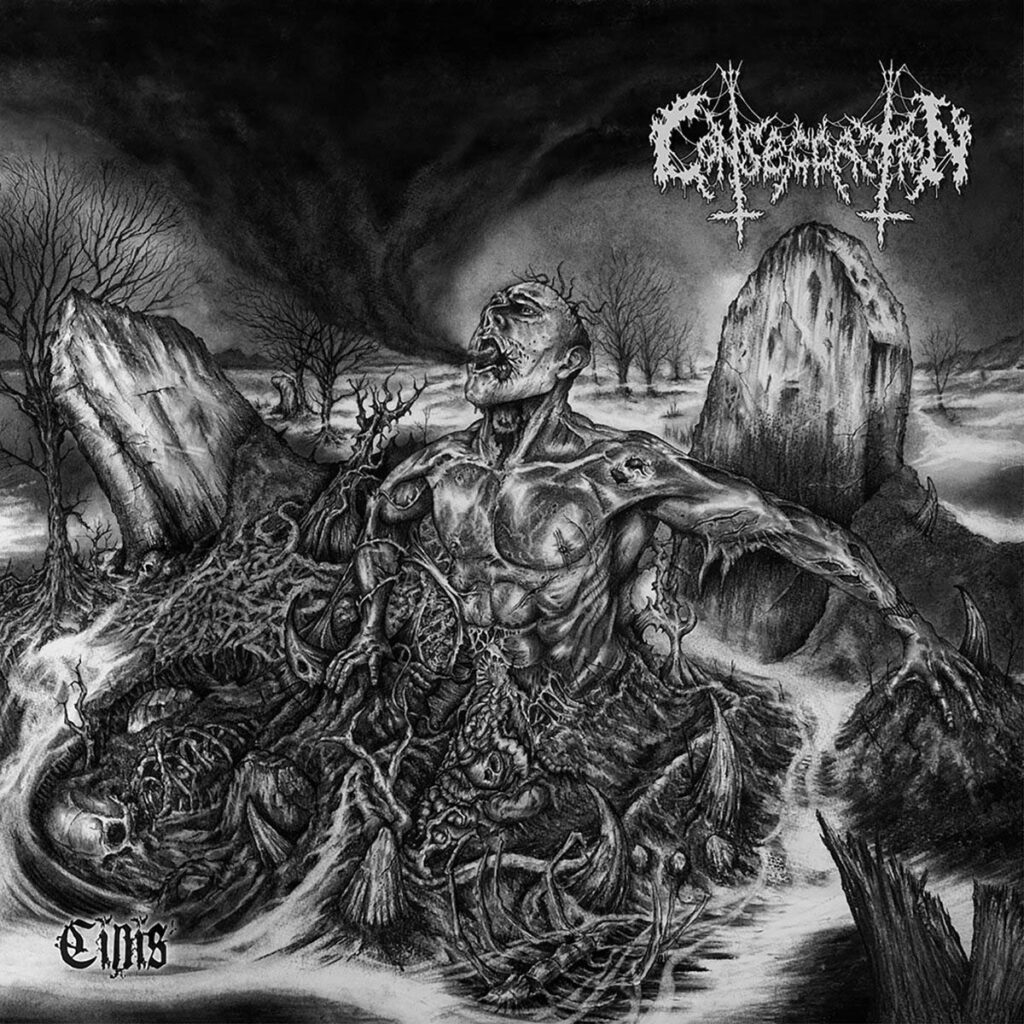 Tracklist:
01. The Dweller In The Tumulus
02. Ground To Ashes (A Cremulation)
03. Embrace Of Perpetual Mourning
04. A Dying Wish
05. These Fleeting Memories
06. The Charnel House
07. A Sentient Haunting
08. Unto The Earth Bethralled
09. In Loving Abandonment

Consecration unveil »The Charnel House«, the second single from their forthcoming »Cinis« album, with an exclusive video premiere at Zero Tolerance Magazine.

The time has come for Consecration to reveal a second track from their forthcoming new album for Redefining Darkness Records, »Cinis«. A video, rich with dark and unnerving imagery, accompanies »The Charnel House«, one of the heaviest and most direct tracks to be found on »Cinis«, as it makes its exclusive premiere at Zero Tolerance Magazine – one of the most respected extreme music publications in the world. Follow the link below to step across the threshold of »The Charnel House«.

Consecration frontman, Daniel Bollans, the man responsible for all the band’s lyrics and artworks, has spoken in depth about the places and experiences that spawned the tale of the »The Charnel House«…

“I had inspiration for writing some of the lyrics to »The Charnel House« whilst researching a trip to the awesome Sedlec Ossuary, in Czech Republic. Seeing some of the images associated with this and similar places, I started digging into other places where the bones of the dead are stored (not literally, though!). 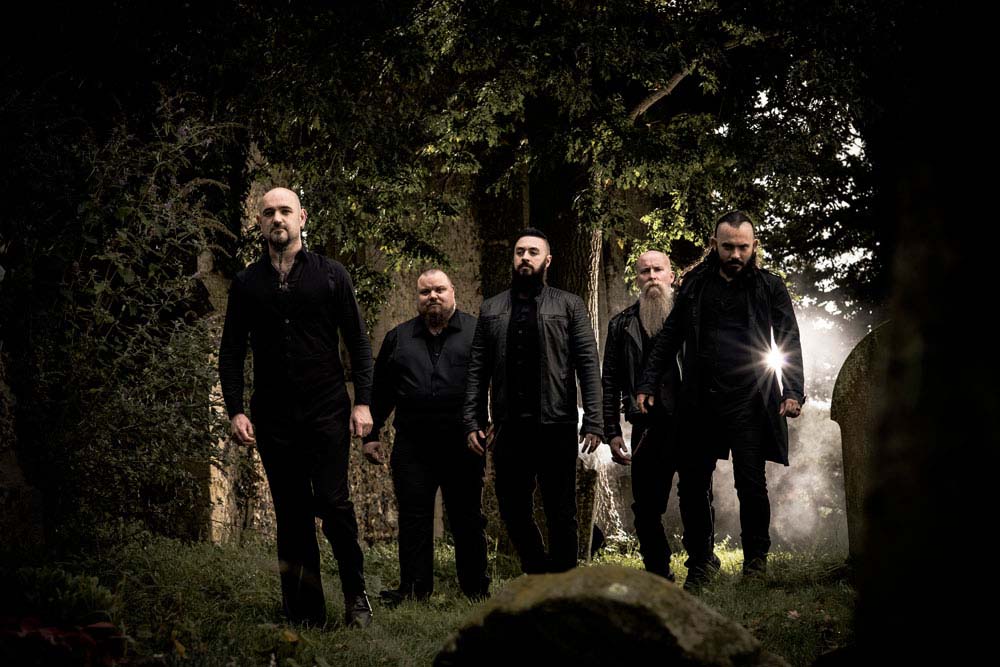 Fresh in my mind were the ideas behind the tracks »Ground To Ashes« (which looks at the cremation process) and »Unto The Earth Bethralled« (which delves deeply into burials) – doing something about where bones are piled seemed like a natural progression, and gave the album a trinity of songs about what happens after death.

Additionally, I had been toying with lyrics based on being buried alive for quite a while – and then it struck me – why not combine the two? So, the rather morbid idea of throwing a rather unfortunate person into a bone chamber; who is pinned in place by the sharp, piercing bones beneath them, and is then slowly crushed and suffocated by all the skeletal remains which are piled on top, seemed a horrific tale to tell… A very slow and miserable end. To quote a line from the song which sums it up: ‘…The only sound to be heard in the corpse chamber, is the vain struggling of the damned…’

Musically, the guys wanted an aggressive, shorter track – just straight to the point death metal, and what they were writing with the riffs and drumming fit with the lyrics perfectly; a very claustrophobic cacophony to seal this poor chaps fate haha!

For the video, I used images taken at Sedlec and some other places, along with snippets of the artwork I did for the album cover and Tina Korhonen’s fantastic promo shots, which I think has turned out pretty cool. We hope you enjoy it!”

Redefining Darkness Records will engulf the world in the disturbed dreamscapes of Consecration on June 17th, when »Cinis« begins its majestic march of morbidity. Prepare to fall before it, crushed into the ash and mud of failed endeavour and discarded love. This summer a new dark age begins and the future is anything but bright…