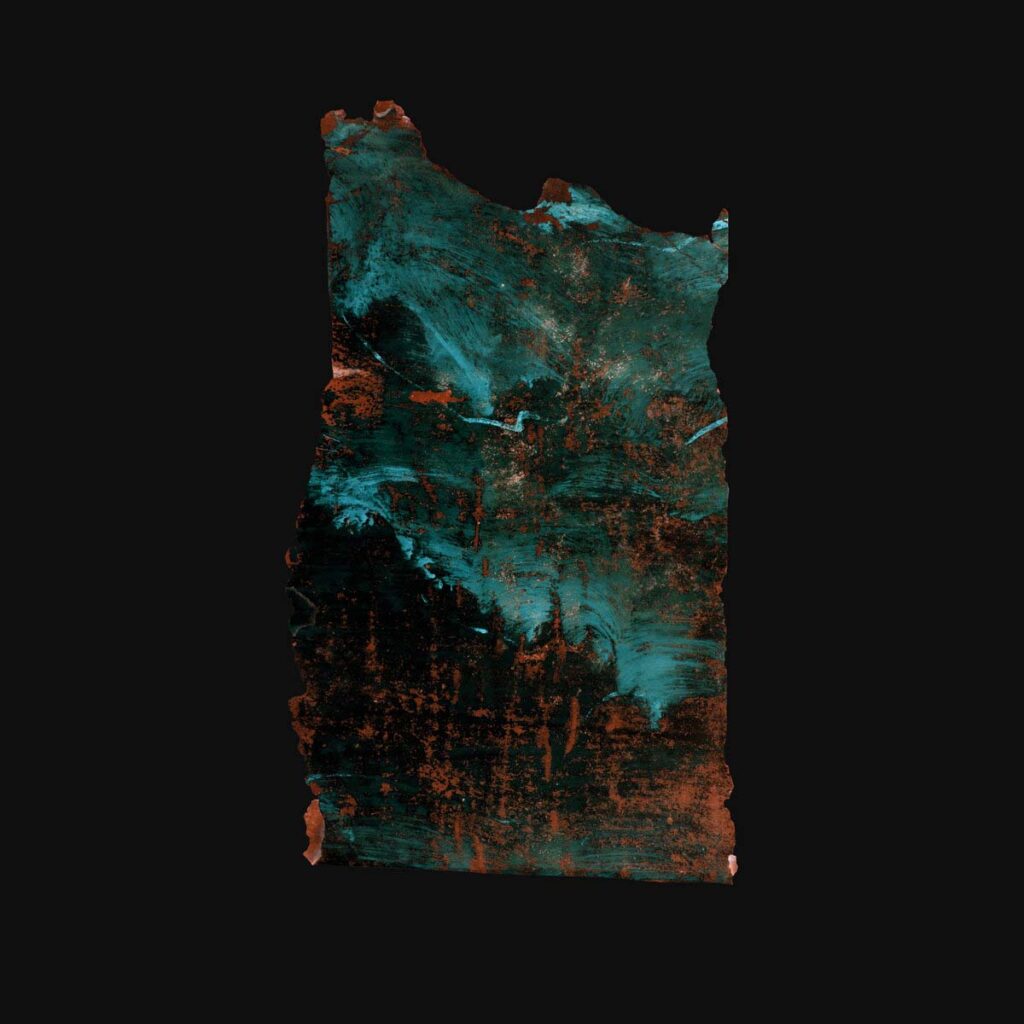 Umeå, Sweden based post-metal masters Cult Of Luna presents their ninth studio album, »The Long Road North«, which will be released this Friday, February 11th, 2022 via Metal Blade Records.

For more than two decades, Sweden’s Cult Of Luna have forged a sound that has grown incomparable to that of others. Ambitious, epic, visceral, and drenched in emotion, they frequently craft songs that clock in at over eight minutes but make every single moment count. With 2019’s »A Dawn To Fear«, they delivered a career highpoint, and on 2021’s »The Raging River« EP, they continued on the journey started with that record, one that concludes with »The Long Road North«, which stands as one of their most dynamic and beautiful works to-date. “I think one of the reasons why we have been able to be so productive the last couple of years is that we have been consistently writing from the heart. We have let our instincts guide us, and I think it’s getting clearer where we are heading,” says vocalist/guitarist Johannes Persson, who has been one of the primary driving forces behind the band since their inception. “Another key aspect of how we were able to speed up the process is that I have moved back to Umeå after fifteen years in Stockholm. It made it very easy to meet up and work together instead of writing everything in a few but very long sessions.”

As soon as listeners hit play, they are in familiar yet refreshingly new Cult Of Luna territory, the pulsating rhythms of »Cold Burn« pummeling, and Persson’s savage roar tearing through the layers of guitar. As is the case with every album from the band in recent years, there is a lot of shifting of dynamics and sonic density, and perhaps more so than usual on »The Long Road North«. “It’s a big sounding album. I would almost describe it as cinematic. As always, when we choose songs for an album, we put in a lot of effort to get the dynamic right. In some aspects, it has been one of the easiest albums to write, but in other ways, it’s definitely been the hardest, with big changes very close to the master delivery. The ebbs and flows need to be right, and when some songs are on the heavier spectrum, they need to be balanced out with something more soft without making the drop too big.” The tracks »Beyond I« and »Beyond II« particularly stand out, stripping things back and bringing in outside artists to help them realize their vision. »Beyond I« features Mariam Wallentin, an internationally acclaimed Swedish vocalist and multi-instrumentalist known for her band Wildbirds And Peacedrums, a progressive jazz duo, while for closer »Beyond II« they recruited Colin Stetson, who has worked with The Arcade Fire, Bon Iver and Tom Waits, but most recently is known for his soundtrack work, including the Hereditary OST. “Because of the geographical distance and travel being impossible, we basically had to send Mariam the song and give her free reign. But we know her voice and what she’s capable of, so we knew it would turn out in the most amazing way. We are very intrigued by Colin’s experimental compositions and were incredibly excited that he was willing to put his stamp on the track »An Offering To The Wild«, as well as offer his interpretation of »Beyond«. We took a real chance letting him write his own interpretation of the song, we had no idea what would come out of that, even though we had full confidence in him.” 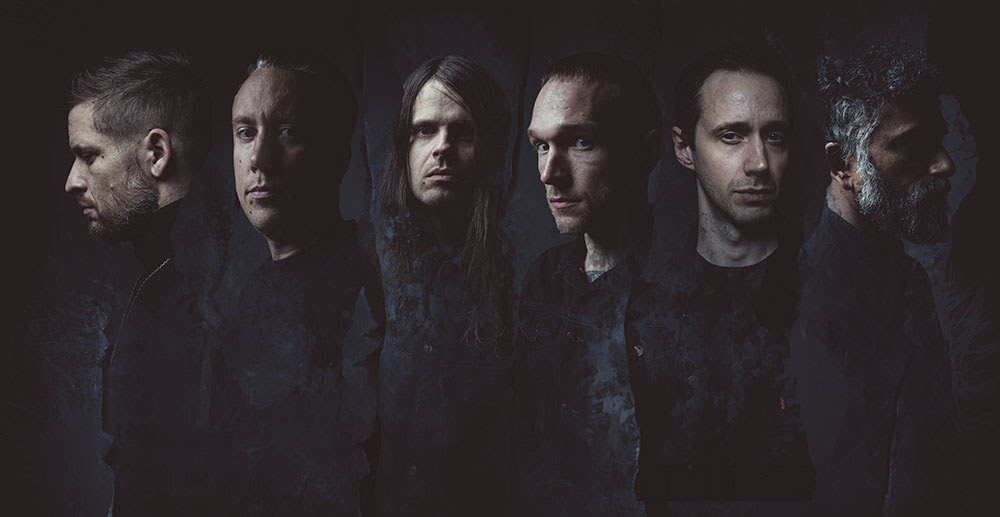 The title of the album has deep meaning to the front-man, tying into its predecessors. “»The Long Road North« is a title that symbolizes the mental journey I went through a few years ago. The lyric to the song was one of the first that I wrote when we started writing again after »Mariner« (2016). The process that I’ve gone through has been challenging, but I’ve stayed true to the answers I found, so I’m in a completely different place now than I was then. If »A Dawn To Fear« and »The Raging River« were born from making sense of some sort of emotional chaos, »The Long Road North« is an analogy for finding a way out of it and taking the first step towards where I want to be. Even though I’m not in that place anymore and the journey is ongoing, I feel that the title is a milestone that needs to be passed before we continue.” The lyrical content is a mixture between where Persson was and where he now finds himself, since the words were written over such an extended time period. Over the years, he has grown fond of letting his instincts loose when it comes to lyrics, even if he feels he repeats himself, and he also took a slightly different approach this time out. “One thing that differs between this record and the two others in this series is that I for the first time have on a few occasions used concrete subject matters, matters that popped into my head and that I wanted to get out. I’ve travelled a lot in the northern parts of Sweden since I moved here, and the environment and the sceneries from the north have definitely inspired me to paint them with words.”

Bringing some unfinished recordings from »A Dawn To Fear« into this record, which were tracked in Ålesund, Norway, the bulk of the sessions for »The Long Road North« were bound to Umeå, due to the pandemic. Pleased with the drum sound on »The Raging River«, they went back to Daniel Berglund and Sandås Studio to record drums and percussion, while the rest was done at Second Home studios, with the band as usual producing everything themselves. “Our intention was to try to work together as much as possible, as we did when we recorded »A Dawn To Fear«. But instead, the process dragged out and the Covid situation forced us to work more on an individual basis and in more sessions. In some ways, the process dragging on for a longer time than we expected was a good thing, it helped us digest the songs much more and gave us perspectives of the songs and the record that I think only time can provide. We made some big changes in both the songs and the structure of the album very late in the process.” Alongside Stetson and Wallentin, they also recruited friends Christian Mazzalai and Laurent Brancowitz from the French band Phoenix to add their characteristic guitar to titanic standout track »Blood Upon Stone«. “They were generous enough with their time and creativity to help us out. All these amazing musicians have helped us create something that we definitely wouldn’t be able to do by ourselves.” With tours booked and the hope of making it onto some festival bills in 2022, Cult Of Luna are at this stage very much looking forward, while keeping their ambitions characteristically modest. “Everything we have done the last twenty years has been more than we could ever dreamt of. A goal as good as any is just to continue doing what we are doing on our terms for another year.”