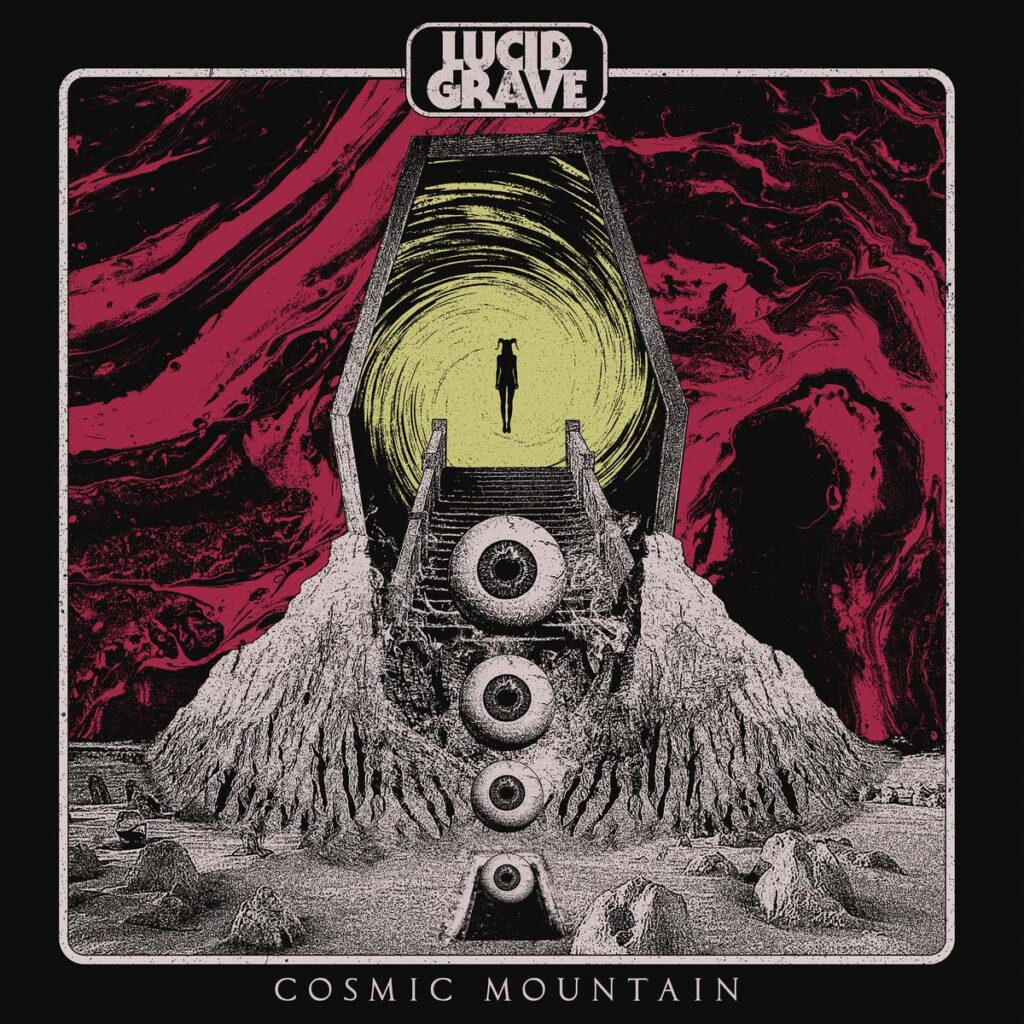 Speaking of the album, Lucid Grave explains: “On »Cosmic Mountain« the eclectic inspirations of Lucid Grave come together in a new way. This is the first time we have released a long project, and the six songs on the album make for a coherent listen despite changes in style and tempo. From dusty desert blues to slow, heavy doom over straight-up space rock, this album takes many detours but lands safely because of the consistent production and the overarching lyrical themes. The lyrics on the album deal with the spiritual struggles of finding yourself and your place in this world. Sometimes these struggles are seen from the outside, sometimes they are described as demons, but most often, they are seen through the lens of drug use. Here you return to the picture of the Cosmic Mountain as the explorational grounds of the intronaut on her journey of self-discovery.”

Streamed ahead of its release via Decibel Magazine, the album is available on all major digital/streaming platforms; access the album on DSPs at THIS LOCATION. 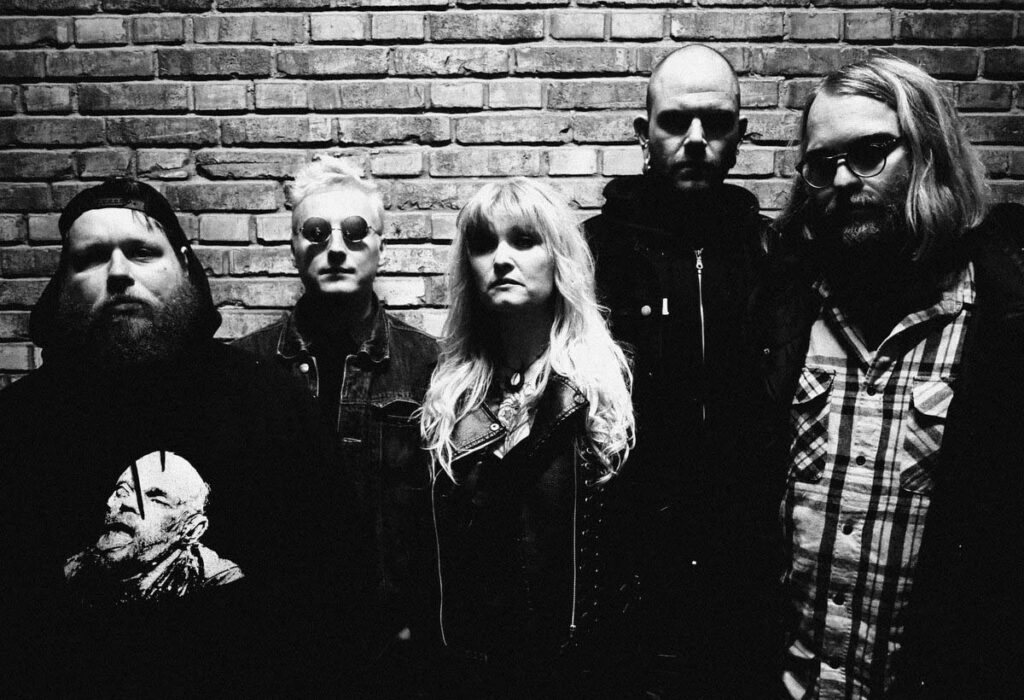 Lucid Grave is a dark heavy psychedelic band with stoner-doomy tendencies from Copenhagen, Denmark. Sonically, Lucid Grave is a boiling pot of heavy fuzz rock like Black Sabbath/Coven/Hawkwind and ’80s punk like Black Flag/The Nuns/The Gun Club, all wrapped up in a nice blanket of modern heavy stoner rock and doom. Honoring the howling occult cinema of the ’80s, Lucid Grave finds inspiration in everything that’s heavy, filthy, and free!

They emerged from the underground communal house and punk venue Ungdomshuset in the dying days of 2017. A few months later, in 2018, they released a self-titled demo and spent the next few years playing shows around Denmark with bands such as High Priestess, Cities Of Mars, The Gates Of Slumber, and Heathe, while making more materials as well. In 2020 Copenhagen label Virkelighedsfjern released Lucid Grave’s EP called »Goddess Of Misery«, a venture that was seriously disrupted by the coronavirus outbreak – which meant no shows for a while. That time was instead spent on writing materials for their first full-length album. In 2021 they released a single called »Surfer Bat«, an upbeat ’70s heavy Rock song with a twist of gothic punk vibes and a dash of Latin music. It caught the attention of the Italian heavy psych label Electric Valley Records.

»Cosmic Mountain«, the debut LP of Lucid Grave, is a journey through your favorite drugs of life, the highs, and the lows, being chased through the desert and fighting a haze of demons. The album was recorded live and over-dubbed in just three days at the beginning of 2022. As it was with the previous single, »Surfer Bat«, Patrick Fragtrup was again behind the mixing board for the session, and it is clear that there has developed an understanding between him and the band as this record sounds both huge and fierce without losing any clarity or energy from the group. The project was finished by Shane Trimble of High Reeper at his California studio.