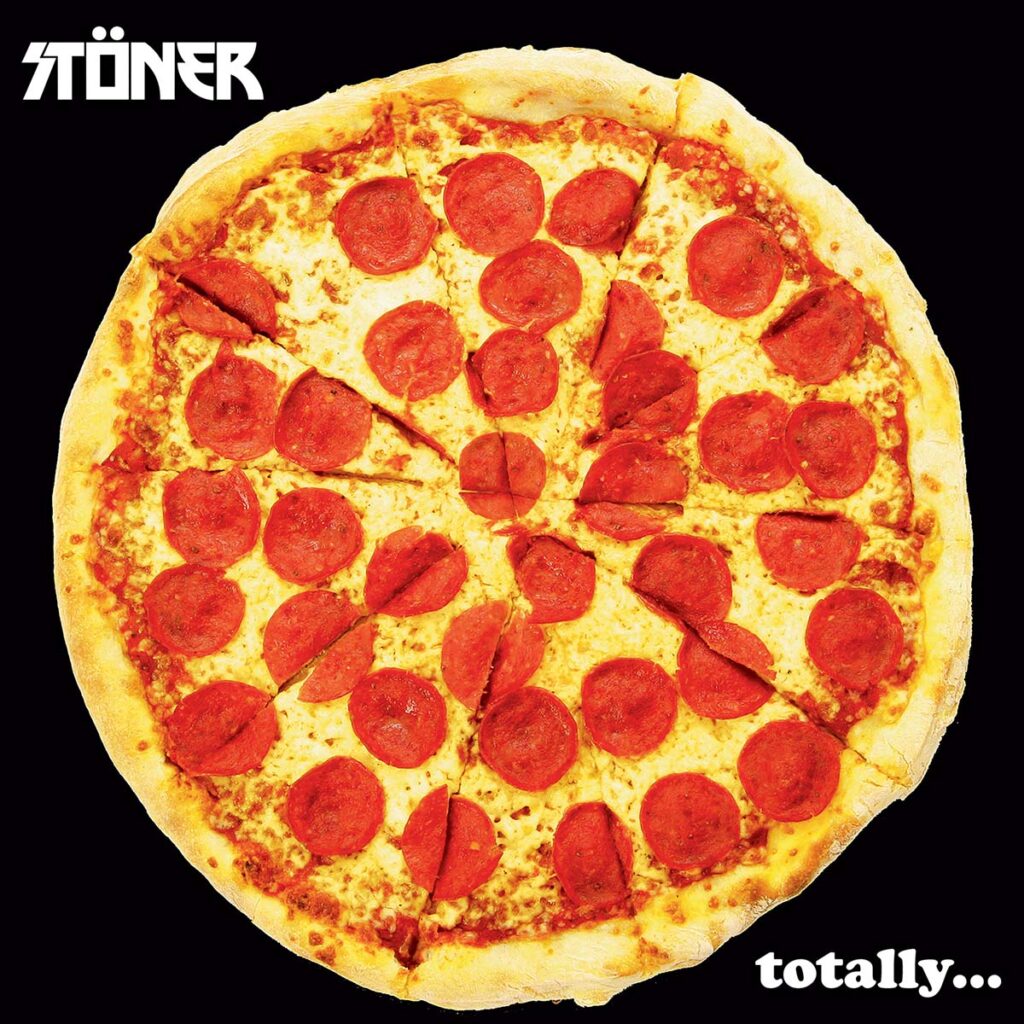 Listen to the first single »A Million Beers« below!

Desert rock supergroup Stöner (with Brant Bjork, Nick Oliveri and Ryan Güt) announce the release of their sophomore album »Totally…« on May 6th, 2022 on Heavy Psych Sounds. Pre-order the album and stream the first single »A Million Beers« now!

“What happens if you take Little Richard and Jerry Lee Lewis to the desert for a weekend getaway? I don’t know but it’s likely to involve »A Million Beers«!” – Brant Bjork, Stöner

The Dukes of the Desert are back with an incredible sophomore album: »Totally…« is the perfect mix of desert swing, stoner rock, desert rock, and low punk all at once! Eight new tracks that will blow your mind, recorded by Brant Bjork’s long-time collaborator Yosef Sanborn. Mellow guitars, funky stoner rhythms, bluesy atmospheres, Nick Oliveri’s trademark punk drive: the album flies away in one listen and makes you want to play it again immediately. As the artwork will tell, the trio doesn’t take itself too seriously. After all, isn’t Stöner all about fun and friends jamming together? That’s precisely the recipe they are delivering after 30 years of rocking the heavy world.

Stöner is the supergroup formed by desert rock godfathers and long-time friends Brant Bjork (founding member of Kyuss, also former Fu Manchu), Nick Oliveri (Mondo Generator, former Kyuss, Queens of the Stone Age) and Ryan Güt (Brant Björk drummer). Their debut studio album »Stoners Rule« was released in the summer of 2021, and they now return with their brand new album »Totally…« this May 6th! The album will be released in various colored vinyl formats, black vinyl, CD and digital. It was produced, recorded and mixed by Yoseph Sanborn and Stöner, with guest appearances by Greg Hetson (Circle Jerks) and Mario Lalli (Yawning Man) on guitar. 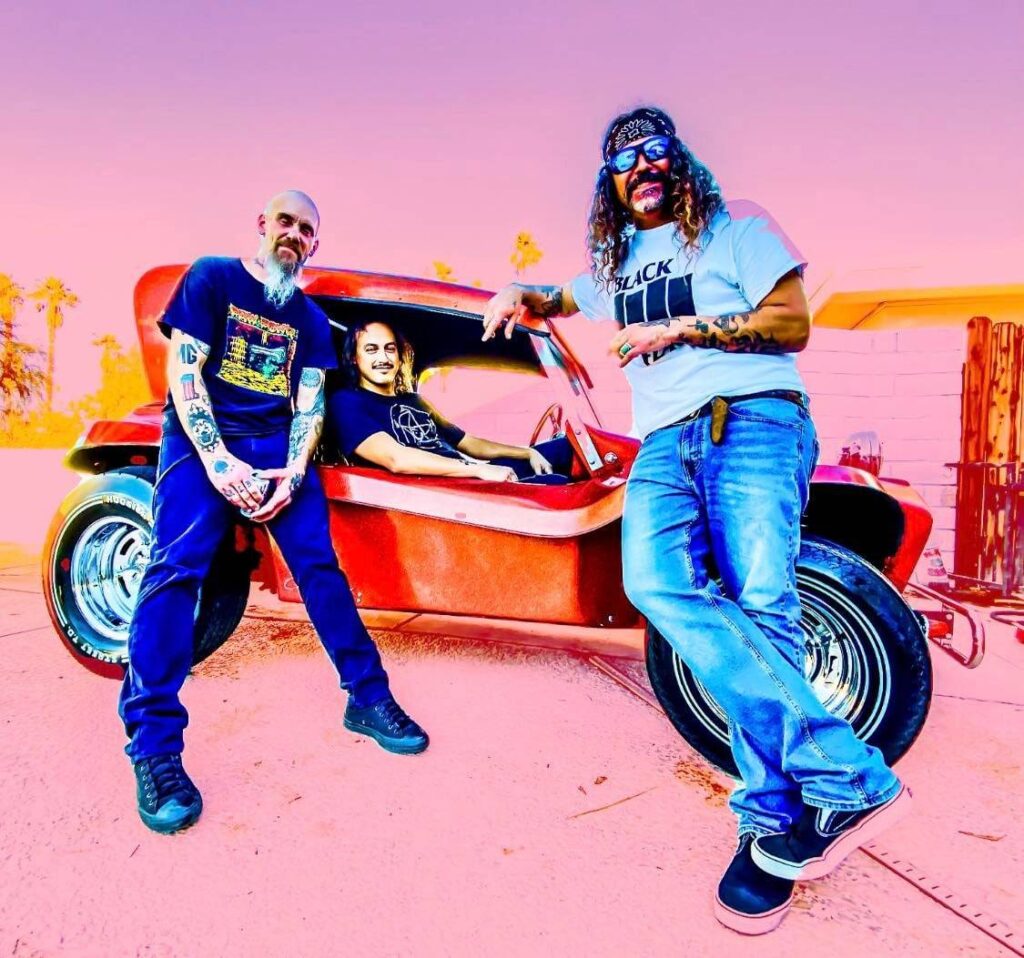 If the name Stöner seems a little on the nose, well… it is. Brant Bjork and Nick Oliveri, founding members of the stoner rock legend Kyuss, are joined again by drummer Ryan Güt (of Bjork’s solo band) and they’ve got dibs on the thick and dusty swinging grooves, returning as Stöner with their sophomore release »Totally…«. Their love for their early inspirations (bands like Blue Oyster Cult, Kiss, Ramones, Blue Cheer, Misfits, Black Flag, The Stooges, MC5) results in big, groovy, sunbaked riffs that can cruise low and slow but then floor it and run all the red lights.

Live, Stöner is a band about the magnetism between the players, the groove, loose vibe and straight-up badass rock and roll… Stöner are masters of their trade. With »Totally…«, Stöner is in its true form, getting together and having fun. Their world is a colorful joyride, heavy of rock but not of the head. The record cranks with vibes of classic hard rock, heavy blues, desert rock and psych rock jams – things that come organically to this trio. Stöner can’t help but express an abundance of punk rock rawness and passion for real rock and roll swagger. With two records, »Live At Mojave« and »Stoners Rule« (available on Heavy Psych Sounds), the latest release »Totally…« sees the band realizing the chemistry of these old friends developing a statement of pure rock and roll fun. Grab a slice, crank it, and catch the band on tour in ’22 in the US, Canada, UK and Europe.