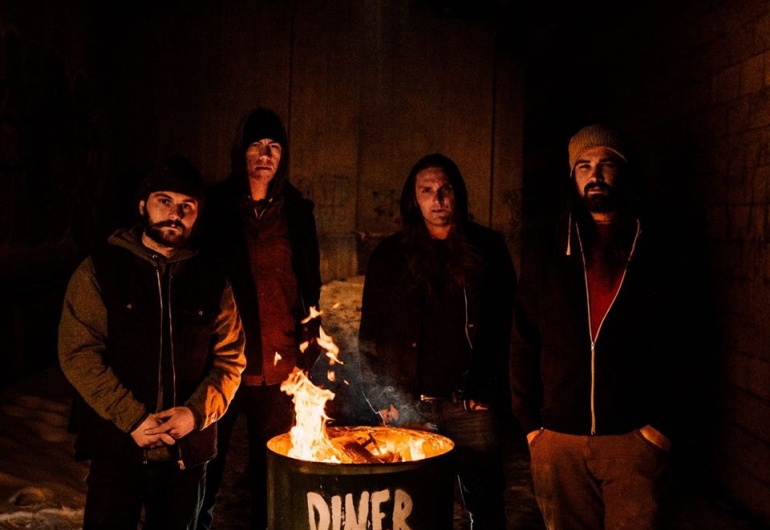 Canadian stoner punks Diner Drugs featuring members of Bong Jovi, The Human Comedy and Savage Young are serving up a fresh music video for the tasty track »Need Time« from their 2019 debut full-length album »As Is«.

Diner Drugs from Moncton, Canada has a new music video out for their song »Need Time« off the 2019 album »As Is«. The quartet takes inspiration from stoner rock and punk rock and comes with as much harmony as they do beer. Elegantly self-coined as “mustard moustache muscle car cliché” they have groove and grease for days.

Their first full-length album »As Is« was a more grown-up release than their self-titled debut EP, and they took a more serious angle, focusing on writing great songs, and put more thought into arranging the parts. Diner Drugs explains their music in their own words:

“We’re a loud and punchy stoner metal band but we also have smooth vocal harmonies that usually catch people off guard. We love playing and even though our overall attitude is we’re pretty chill, we take a lot of time to craft our songs and it’s a group effort when we write so it’s not someone up there playing someone else’s songs.”

Diner Drugs knows how to grab the attention of their listeners and »Need Time« will do just that. A fuzzy wall of sound forms the base layer with energized punk drumming, harsh hardcore vocals, and raucous guitars with the icing on this loud cake of harmonized clean vocals, making it suitable for almost anybody’s taste.

Those looking for another slice of what Diner Drugs is serving up won’t have long to wait, the band suggests there will be another album released in 2021.

Punchy and crunchy, Diner Drugs’ particular flavour of stoner metal is recommended for those with a taste for Red Fang, Cancer Bats, and Alexisonfire. 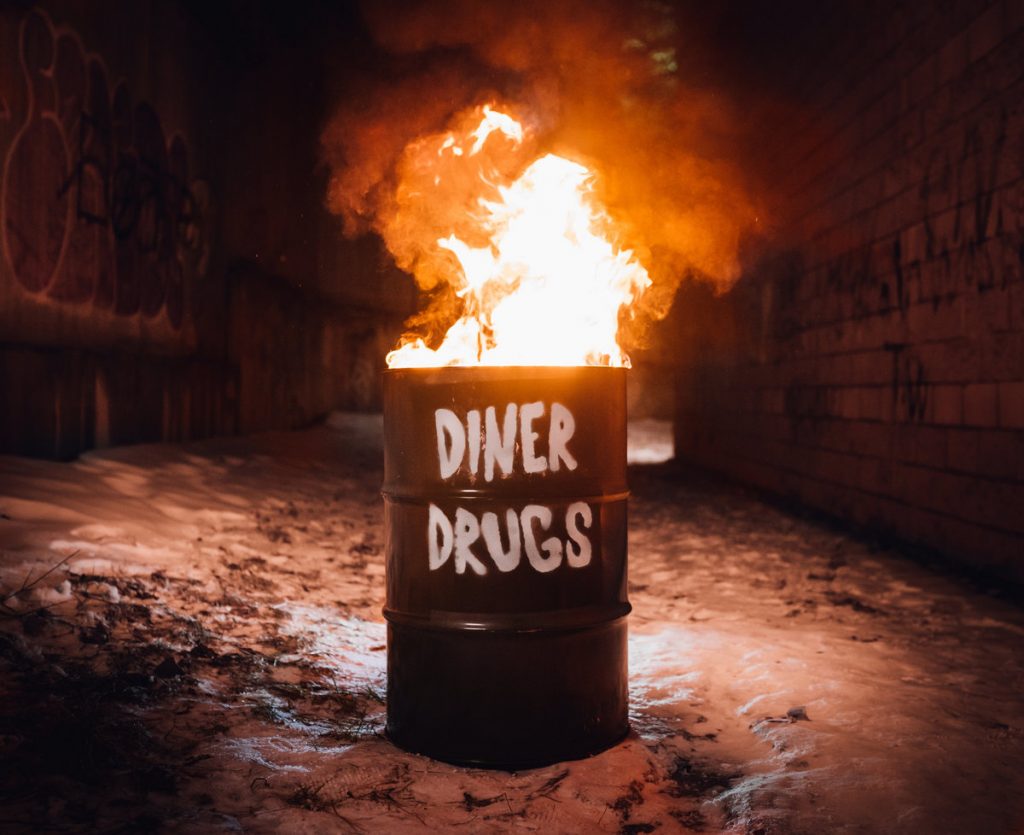 »As Is« was released in September 2019 and available on Diner Drugs’ Bandcamp, Apple Music, Amazon, Spotify.

About Diner Drugs:
Diner Drugs is a four-piece stoner metal punk crew, born out of a desire to defeat the boredom of east coast living. Diner Drugs is fast, loud and is always keen to turn up the heat with catchy choruses and deep vocal harmonies while sticking to their deep stoner metal roots.

They’ve developed a reputation for their live performances, keeping themselves steadily on the road, and are now certified road dogs lending east coast support for Cancer Bats and Dead Quiet along with Maritime, Ontario and Quebec support several times over for Heart Attack Kids and local support for heavy hitters Mokomakai and Red Fang.

Since 2009 members of Diner Drugs have been foundations of the Moncton metal scene as former members of Bong Jovi, The Human Comedy, and Savage Young. Diner Drugs as always have no signs of slowing down and already planning for their next record in 2021.

“»Jack Of All Trades« uses clever drum timing between guitar riffs which assaults the senses in different ways and rattles your eardrums like an off-balanced washing machine. The skate punk style writing of this track will have you wondering if NOFX and Suicidal Tendencies had a baby.” – Sarah Hellingwerf, The East

“Diner Drugs is one of those “f**k all” bands that play heavy, fast and dirty rock.” – Jamie Robash, Divide and Conquer Music